The struggle to listen and be heard. 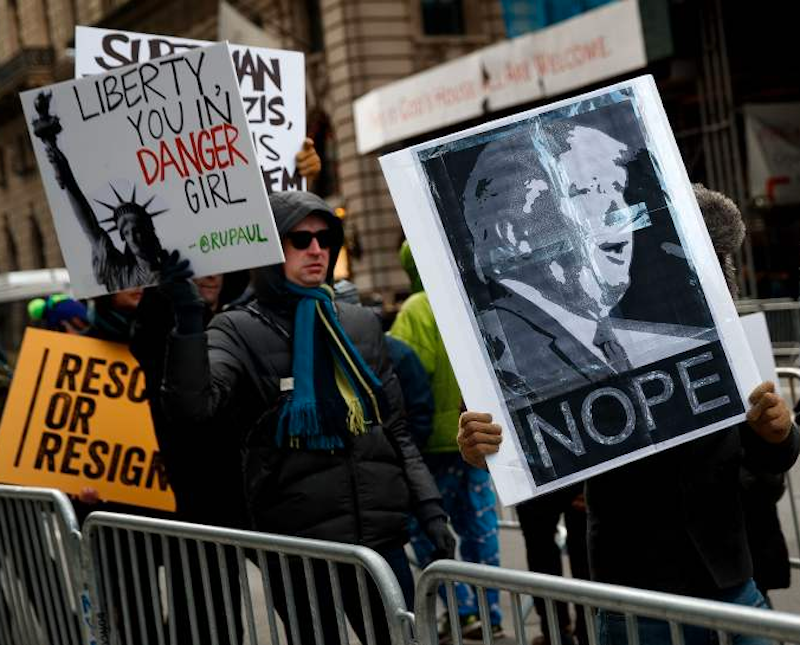 It looks like having a moment of panic every time you hear your phone ding because you’re afraid either trolls are threatening to beat you up on Twitter, or an argument in the comment section of your Facebook page has turned into an ugly shouting match.

It looks like staring at a thought-provoking article you found on either The Establishment or Everyday Feminism for five hours and debating whether or not to share it online because you’re afraid someone will accuse you of being a stupid SJW who hates white people (even though you are white).

It looks like wanting to hide in shame because when you tried to explain the complexities of modern feminism—including valid criticisms of it—all you get in return is a bunch of guys replying, “Feminism is cancer, you cuck!”

It looks like having to take a bunch of deep breaths about half an hour before correcting someone who says, “Black Lives Matter is a hate group.”

It looks like not getting anything done because you’ve spent the entire day explaining to a Facebook friend you don’t think all white straight cis men are inherently bad.

It looks like wanting to punch a baby in the face whenever someone demands you validate your gender identity with a peer-reviewed science journal article.

It looks like wanting to punch a baby in the face whenever, after explaining to someone the science behind gender identity, they respond, “Transgenderism is a mental disorder!”

It looks like gaslighting yourself and wondering if maybe they’re right and you’re just a special snowflake and not a transgender person.

It looks like gaslighting yourself and questioning all the peer-reviewed studies you use to make your arguments.

It looks like having sensory overload trying to shift through all the comments on a particular article to figure out whether or not the article has a legitimate point or if it’s just toxic call-out culture.

It looks like trying to make sense of complicated social issues, and then having an anxiety attack because you’re afraid you’re wrong either way.

It looks like feeling hopeless seeing that in the free market of ideas, ignorance and hatred are the biggest sellers.

It looks like having an ugly cry after reading the news all day and feeling like nothing you do matters.

It looks like constantly living in fear that one day the Alt-Right will start a social media campaign against you.

It looks like feeling guilty about practicing self-care when you know you’re supposed to be out there fighting the good fight.

It looks like feeling guilty all the time about not being able to solve all the world’s problems by yourself in one day (even though nobody has asked you to do that).

It looks like ignoring everyone who thinks you’re doing a great job, and instead feeling like you’re just screaming at a wall.