Panic in the Promised Land 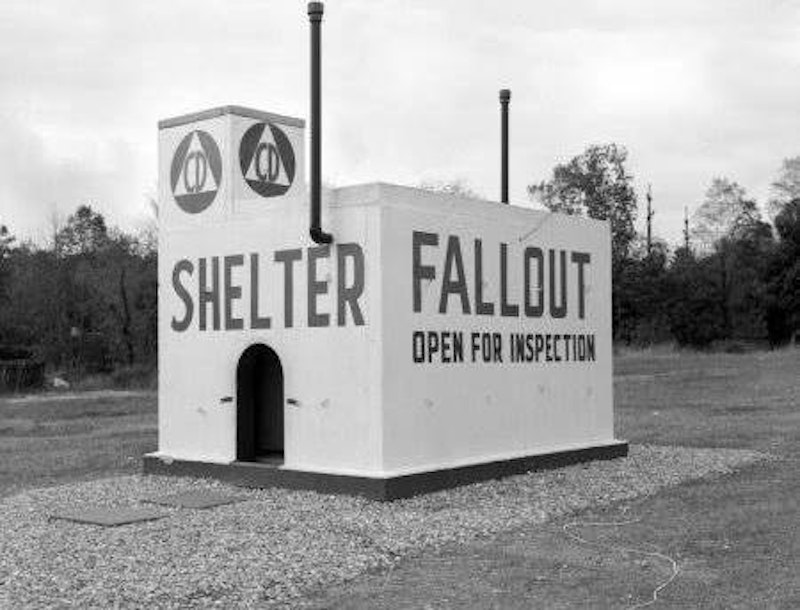 Mother Nature can be cruel in her beauty, but that’s our problem, not hers. We’re the imperfect ones. Long after we’re gone the earth will keep spinning. Maybe a little wobbly and covered in ice. Perhaps a nuclear winter of our souls. Possibly with ashen skies and oceans of fire. We'll never know. And if anyone is unlucky enough to survive in harm’s way, they’ll wish they hadn’t. Fallout shelters will not save you, only prolong your suffering. The very thing that separates us from wild beasts is what keeps us living in constant peril. Our extinction is handmade and tailored to fit our checkmate lifestyles. Like our distant dinosaur cousins sinking into the tar pits to provide us with the fuel we guzzle daily, we’re expendable. Our collective residue is the biofuel of the future. Natural or man-made disaster, either way we’re fucked. I’ve heard the rhetoric all my life. Nothing changes. It’s more of the same, vintage variations on a theme.

Floods, famine, hurricanes, earthquakes, tornados, unimaginable doom and gloom of biblical proportions are minuscule compared to the epic stupidity of modern civilization’s ability to screw things up. The youth of today must live under the thumb of nuclear annihilation. And to make modern matters worse we have to live with extreme weather, cretinous leaders, terrorism, and suicide bombers. The latest bombing in England was another ironic example. A pop idol’s concert was the target. The pop star is a young girl. I’ve never listened to her music. I know she’s the darling of adolescent girls around the world. The irony is earlier this year the pop singer was video-taped in a shop licking a donut that was not hers and proclaiming, “I hate America, I hate Americans.” More than likely the same words uttered by many suicide bombers right before they scream “Allah Akbar” and go ka-boom.

Catholic or Muslim, Baptist or Jewish, all proclaim their God is the only true God. They’re all guilty of believing they’re the chosen ones, superior and righteous believers of one God. They also believe war is good. To fight for your country, right or wrong, is proud and noble. In the eyes of God, war is just. Since time immemorial, civilizations have fought in the name of God. Kingdoms and empires ruled by God-fearing royalty or represented by fools, idiots, and captains of industry, leading us to the edge. They love war. It’s in their blood.

In elementary school we practiced our air raid drills every month. The civil defense sirens blasted on Mondays at one p.m. One afternoon the air raid drill was scheduled after lunchtime. All the kids had eaten their brown bag sandwiches and drank waxed cartons of milk. We were escorted to the basement along the stairwell. Taking our duck and cover instructions, pressed and huddled close against the cold brick walls. Within the dank quiet and dim light of our crouching someone projectile vomited their tuna salad and milk. I didn’t see who hurled but I could smell the sour milk mingling with the tuna. Civil defense practice was abruptly cut short and the teacher sent everyone single file up the stairs. As I passed the puke scene, a janitor was already there with his mop and bucket. He was sprinkling sawdust over the vomit as he chomped on a fat cigar. The aroma that permeated that day has stayed with me whenever I smell a cigar, tuna fish, or sour milk.

Fear of nuclear war is a tired old story. Beautiful spring days of my childhood spent staring at clear blue skies searching for atomic bombs falling. Pondering commies and Fidel Castro. Wondering about monkeys in space capsules. Sputnik and beatniks. Playing war with other neighborhood kids, dropping imaginary atomic bombs that took out the entire block of row houses. No survivors but us. It was the USA against the entire world and we blew it all to hell in our adolescent daydreams. Our idea of hell was a nuclear wasteland of radiated mutants feasting on human flesh. Abandon hope all who enter here bearing witness to our glorious future of nuclear leftovers and radioactive people glowing in the dark. Kids have such vivid imaginations. But it’s also the dream of madmen and lunatics. Mutually assured destruction is insanity. Nobody wins that game.

The list of atrocities perpetrated by the civilized world is staggering. The insanity and madness of crowds who celebrate and condone war and believe it’s our patriotic duty to destroy others in the name of God is a time-honored tradition. This Memorial Day holiday as we BBQ and relax, enjoying the brief respite from the rat race, let’s consider all the options. Reflect upon a rich history of American ingenuity, spirit, and that get-up-and-go mentality that made us number one with a bullet. We all have a giant bullseye on our heads. The genocide, the slavery, the greed, the colonization, the hatred, the contamination of our world, the destruction, arrogance, and avarice, those dirty little deeds made by bloated old men in suits and ties, the endless wars in the name of God and freedom. Contemplate the hundreds of thousands of little American flags lining the graves of the dead who fought for us this Memorial Day. Those little flags made in China.