People need to think about their reactions to public harassment. 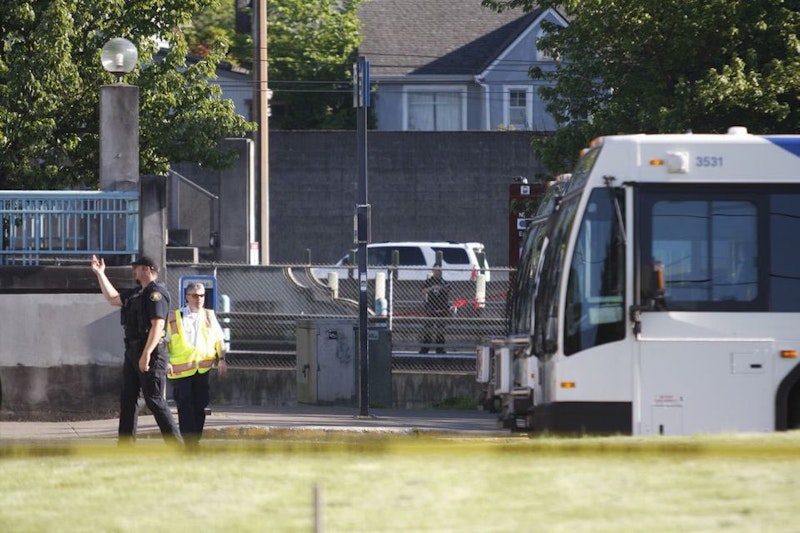 Two men lost their lives and another was badly injured last Friday in Portland, Oregon because they intervened when another man was hurling racial and religious taunts at two teenage girls on a train. While it's not clear that Donald Trump influenced the murderer's actions, his campaign rhetoric was sufficiently incendiary to assume it will embolden violent racists now that he's president. If this is the new reality, then it's important to ponder the best way to respond if you find yourself in such a situation. Waiting until you're in the moment could be fatal.

First, the question of how much responsibility do individuals have when witnessing abuse based on race and/or religion. Everyone on that train had some responsibility to do something. Specifically how to react is a complex matter, but it's unconscionable to allow innocent, defenseless people to be brutalized while you sit back and think about how awful it is. In a society that’s increasingly passive—where the first instinct of many is to video an emergency situation rather than to act on it—this point can’t be emphasized enough. That's not to say nobody should video such an event. Recording it could be your contribution. Bystanders must also immediately call the police and notify the conductor.

While it's the first instinct of some individuals to confront a belligerent abuser, reflexive actions can produce tragic outcomes. An examination of the timeline of events on that MAX train reveals much about the split-second decision that's so critical. Someone tried to separate the murderer, Jeremy Christian, from the girls he'd targeted with a shove and he responded, "Touch me again, I'm going to kill you.'' He also threatened to decapitate people. The train conductor had announced that whoever was causing the disturbance had to exit the train at the next stop. Christian then declared that he was complying, but he'd kill anyone who followed him.

At this point, the end of an emergency was clearly in sight. Nobody had been hurt. The two girls had moved away from Christian, to the other end of the car. Taliesin Myrddin Namkai Meche decided to then approach him and say, "You need to get off this train.” He also held his cell phone in front of Christian. Rick Best and Micah Fletcher also became involved. Christian shoved Fletcher, whose videotape evidence shows they shoved him back. Christian pulled a knife, and only Fletcher survived.

Imagine another scenario based upon different priorities. The main objective should be separating harassment victims from their tormentor, as opposed to dealing directly with him. Ideally, this is done without any interaction with him at all, since it’s generally a police matter unless there's an imminent threat that calls for preventative action. If someone’s harassing you, move immediately to another car on the train. If you're a bystander wanting to help, offer to guide targets of abuse to that car.

Christian made several death threats on that train, but they failed to register. If you're going to confront the Jeremy Christians of the world, you’d better be aware of what you're getting into and why you're doing it. You must assume they’re armed, so you have to ask yourself if you can handle someone pulling a weapon on you. Unless you've been trained, you probably can't.

The three brave men who intervened last Friday were acting out of noble intentions, but when someone's threatening to decapitate people, you stay away from him, especially when he's about to get off the train. Nobody had to die on that train, but it's not easy to think clearly in such circumstances. The sacrifice of two lives doesn't have to be in vain, however, if it leaves a lesson for the next people on that train, or on the street, or wherever it happens. There's a lot of hate out in the open today, and people need to be ready for it.