And something about a yoga mat. 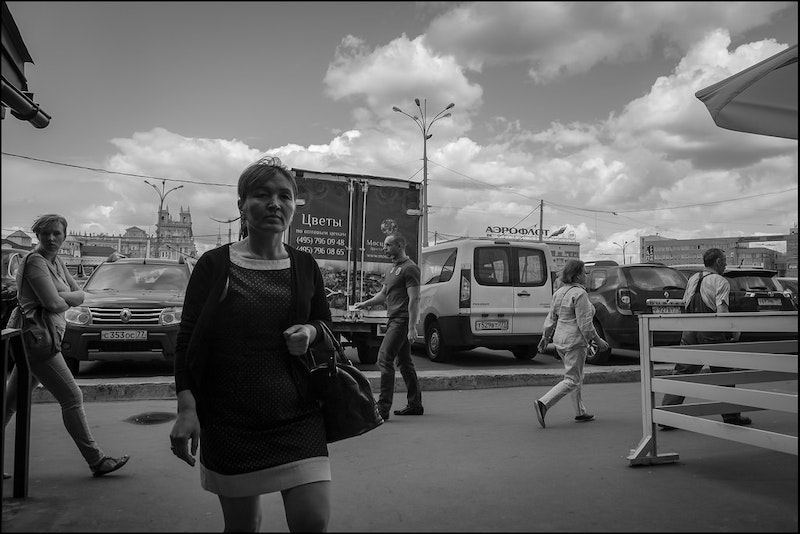 She’s a Muslim queer and she’s pissed at white girls. Dig this: “White women are innocent until proven innocent until proven innocent.” Yes, that sounds like a guy with a bad divorce lawyer. But midway through “White Women Drive Me Crazy,” I checked the byline and author photo. The writer’s a girl. It’s just that her thoughts on women—sorry, white women—are much like those of a particular sort of fella. The author: “No one tells us how to defend ourselves from the white women who will try to ravage us from the inside out, with a smile, a comment, a betrayal, a vital inaction, a look.” Hard luck, old chap.

This is girlfriend trouble, or significant-other trouble. Some poor sap has his or her hopes bound up in another person. But the poor sap may not enjoy the most sea-worthy personality. Depending on somebody else has its ups and downs. The poor sap experiences these ups and downs in a very hard way, like ocean water was slapping open the dope’s mouth and barging in. Nothing is right, and God save that significant other. “They say, ‘Are you okay?’ when they know we are thriving,” complains the author. “They say, ‘Are you okay?’ instead of ‘I feel uncomfortable,’ because they are not used to feeling uncomfortable and they are happy for us to be the problem instead.”

Well, a relationship is give and take. Sometimes determined communication is called for. But the author has other things on her mind. She likes to make crises proclamations. “My first panic attack was on a Northern Line tube carriage in London,” we’re told. She recalls “being told I am beautiful, as an instruction, from the beginning,” which suggests issues about appearance. At a key moment, she chants to herself, “Innocent. I am innocent. I have always been innocent,” which suggests issues with whoever was giving her childhood instruction. As personalities go, the author does seem like a leaky craft.

Her mind pitching with thoughts about white girls, she stepped on a white girl’s yoga mat. Then she made a whole big thing about it. The white girl didn’t. As the author describes the event, the white girl stood there and the author did all. “Listen, it was an innocent mistake,” she shouted at the girl. “So if you could fucking relax I would really appreciate it.” I note that “shouted” is the author’s word, and I repeat the white girl had done nothing. By the author’s account, the girl had had a look on her face.

The author was pleased with her outburst. “Is this what it feels like to give no fucks?” she asked herself. She figured yes, and now she’s elaborated in print, or pixels. The result is a prime example of why PC types get called soreheads. I don’t think belief in human equality makes a person childish and disagreeable. But, if you are a sorehead, political correctness does provide an extensive apparatus for exercising your bent. The author goes to town. On the apparently nonplussed way the white girl responded to the author stepping on her mat: “This look becomes a call to the police, becomes another brown person incarcerated in a cell or a psych ward, another black person murdered.” I call this technique the Mish-Mosh Escalation; often it can involve “perpetuate” or “at a time when.” A fraction of harm is used to dump a ton of grief on the victim’s head, and questions as to why get nowhere.

The author’s prose is Ecstatic Bongo Chant: “In this city where emergency vehicles wail like mothers, like the worst has already happened, I have learned not to live in the shadow of whiteness. I have learned that I am the sun, the object and the shadow. I have learned to bend over, to shake my arse, to put my fingers deep enough inside myself that”—well, whatever. Often, it’s Ecstatic Bongo Chant with a grievance, as in the thoughts about the white girl’s extrapolatively fatal look. Harpo Marx used to do a bit called the Gookie; it signified anger. His face would spread, his eyes would pop; his shoulders would heave up and down like bicycle pumps. The result was like Ecstatic Bongo Chant, grievance division.

“I dug my bare foot into the purple yoga mat and held the white woman’s gaze.” Oh, hero. Stop thinking about white girls and get over yourself.