We Want a Shrubbery!

Carnage at the condo. 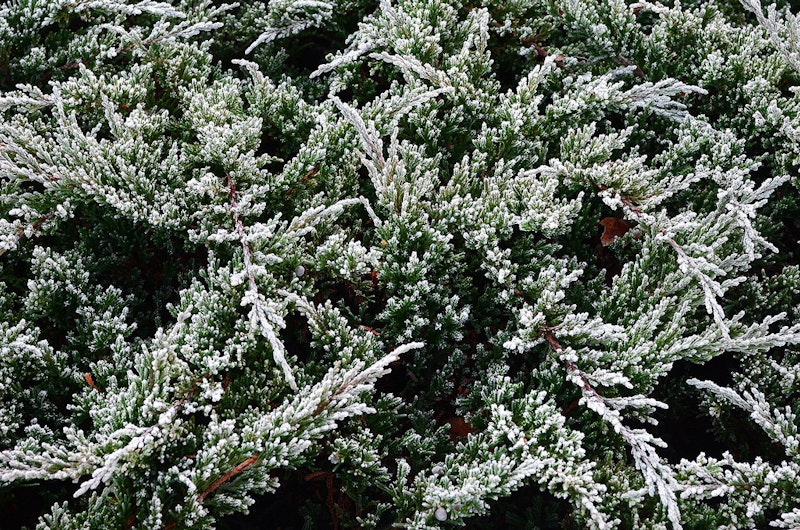 It was a little after nine on a sunny, lazy Saturday morning. My wife was sitting on the loveseat when she looked out the window to catch a crime in progress. “That truck is hitting our trees,” she told me. “Trucks are always hitting the trees” I shrugged. “Not 'the' trees, 'our' trees,” Anj said, which got my attention. She meant the little shrubs that border our parking spaces. The vehicle hit the warning rock and didn't stop there, plowing several of them over. We went out on the balcony to see a white delivery truck booking it down an alley. We couldn't make out the license plate.

The condo we rent in Blaine, Washington, is bordered by two alleys that form a lopsided upper case T. There's a shipping business along the horizontal part. Delivery trucks can go from one street to the next in a straight line, but they don't like to. Overgrown trees along the way threaten to scratch up their paint jobs. Many of them hang a sharp left around our house. This can take some adjustment to get it right. This driver apparently didn't have the time to back up and turn his wheel or the decency to stick around and own up to all the green carnage he'd just caused.

Unacceptable. I took the stairs, sped down the alley and poked my head into the shipping place. “That truck that just left,” I said to the lady in charge, “do you have the contact info?” She was happy to give it up once I explained the hit-and-run the guy had done on our greenery. Then I called the owner, Landlord Bob, and filled him in. We promised him the invoice, along with a report that I wrote up and the photos Anj took of the four fallen shrubs and additional leafy damage. It was all tied up for him to either force a settlement from the delivery company or nail the driver to the wall for leaving the scene of a crime.

For the report, it seemed best to play it Joe Friday straight, relaying in fewer than 200 words exactly what had happened, where, when and whodunit—so far as we knew the answers to those questions. To wit, “The time and date penned on the receipt are 9:20, August 13, 2016.” However, a wild hair seized me as I readied to hit send. I deleted whatever forgettable thing was in the subject line and reached for the Holy Grail of all headings instead: “We want a shrubbery!”