The ghosts inside you. 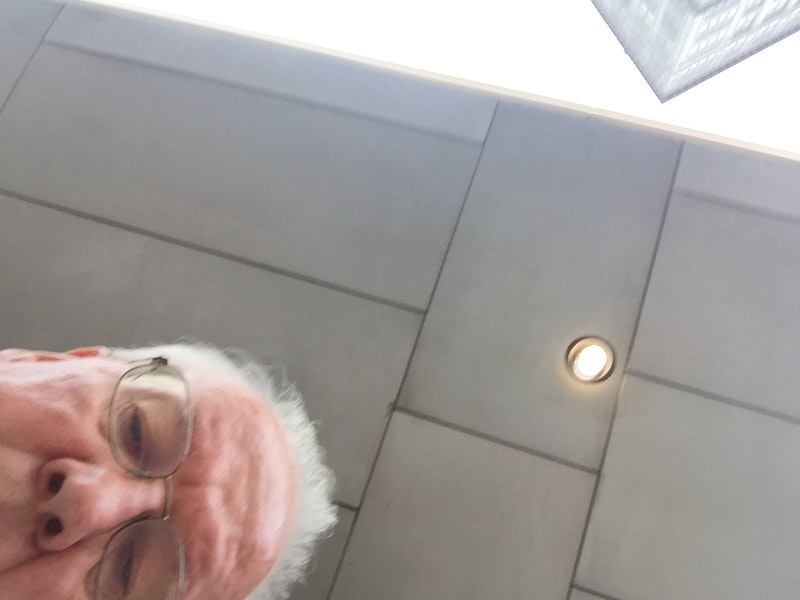 It’d take all the fingers and toes of my high school graduating class to count the number of times I’ve passed that graveyard in New York City, off the LIE, a minute after you exit the Midtown Tunnel and head east to Suffolk County. It’s an astonishing sight, at least to me, as the car whirs by, and not particularly morbid as most of the skulls and bones have been interred for an indeterminate number of years. Just the other day, after snarled in August city traffic in the vicinity of Penn Station (the picture above, probably the most non-clickbait snap I’ve ever posted; an accidental “selfie” while fiddling with my phone trying to capture this dandy in a pastel yellow summer suit dropping a fiver into a busker’s hat) I was in the passenger’s seat of my friend Paul’s snazzy vehicle and had an instantaneous reverie passing the graveyard. A quick rush of the departed: Scoopy Roots, Billy Three-Sticks, Bill Majors, Sewer Girl, The Ironman, Dicky the Sicky, Captain Lashnits, Papa Marsh, Biker Bill and 100 others came to mind, all ghosts, whether they’re buried there or not. Couldn’t explain it, even as I had a quiet dialogue with myself, wondering if my mental acuity was slip slidin' away or if this was just a 30-second non-hallucinatory trip. I definitively decided it was the latter.

It brought me back to 1972, just days after my dad died at a hospital in Princeton, not far from where the family had moved just weeks before, and my brother Jeff and I passed that graveyard—that occasion, however, was bleak, even if my father was cremated, his ashes later scattered in Huntington Harbor—on the way to Huntington for a reason I can’t for the life of me recall. I suppose it was the blur of activity at that time, but we must’ve had some purpose in making the trek. In any case, Jeff stayed at the home of his in-laws, giving me the Dodge wagon to make my way around town. Then, driving on Main St., I passed a good friend, a swell gal who was part my hippie clique, and we both pulled over. She was, naturally, filled with condolences, and then, with nothing more to add—really, after the preliminaries, what can you say?—she nervously nattered on about the weather, that summer’s crop of corn, and we said our goodbyes as I alighted, unannounced at the Strawberry Lane home of the Ringlers, where I’d spent so many hours in my youth. My buddy Bobby’s parents, one of whom still walks the earth, were comforting, and if not exactly reassuring, said all the right stuff. And then, before I took off, Mrs. R gave me a casserole dish of Grandma Lil’s cinnamon-loaded noodle kugel to bring home to my mom. In the last couple of days, I’ve stood on my head trying, in vain, to remember what mission Jeff and I were undertaking, and it’s all a blank. Lost to the subsequent decades, like so many other anecdotes and full-blown, picaresque stories that I know my sons would love to hear.

Anyways, I’ve made trips to Southampton for nearly 30 years—one of my brothers has a house there—and have never paid attention to the drumbeat of condemnation of the summertime resort, often by former residents, who complain about the mobs of obnoxious people in town, the obsequious flaunting of wealth, the rude treatment of year-round workers, as if it’s any different at places like Martha’s Vineyard or Nantucket. I never leave the grounds, so I’m immune to bad behavior: in and out, without an untoward incident, save for dawn walks in the quiet neighborhood when pricks on $10,000 bicycles claim the road as their own, not giving a toss if they almost clip you on the way. This past week was again a delight, as I saw nephews, nieces, cousins, my brother and sister-in-law, my son Booker (staying for an extended period) and first cousins once-removed.

That last category included Richie, Brandon, and Olivia, the kids of my heart-of-gold cousin Ronnie, and the boys had some wonderful stories of their own since I last saw them. Richie spent a college semester traveling to 12 Asian countries, China to Tibet, while his brother Brandon was in Europe earlier in the summer, and the first stop was teaching English in an anonymous village 100 miles outside of Barcelona. By an unlucky coincidence, he was later in Nice on Bastille Day, watching the fireworks on the night of the terrorist attack, and he and his friends had no idea of its severity; they heard some loud noises, but thought it was a combo of the pyrotechnics and a truck or two backfiring. Then they started running when the atrocity became apparent. Brandon hadn’t checked his cell in the confusion, and once safe, took a look, and there were scads of missed calls and texts from his mom Ronnie. He recounted this at lunch one day, and said, deadpan, “I thought, man, I’m in trouble!”