This modern world is oddly perplexing. 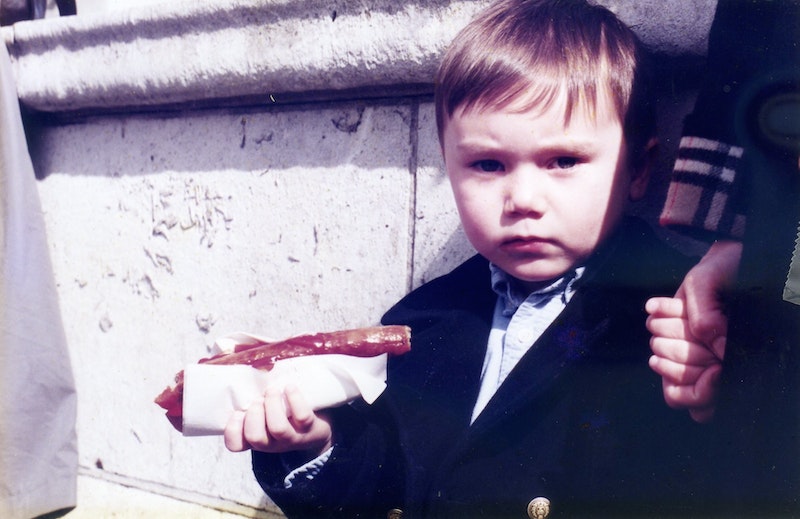 You might remember Freedy Johnston’s minor 1994 hit (my favorite pop song of that decade, followed by Smashing Pumpkins’ “1979”), in which he starts by singing, “I know I’ve got a bad reputation.” Or maybe not. Point is, the other day that tune played in my head, practically smashing my skull, as I traipsed from bank to bank, wasted several hours online and on the horn, all for trying to buy some Euros. I didn’t succeed, and later that evening, frustrated, my wife had to talk me down from joining our backyard’s squirrels Cranston and Lettuce Patch and eating tomatoes fresh off the vine.

My younger son Booker, 22, recently graduated from college and next month is taking an extended trip to Europe: Dublin, Berlin, Amsterdam, Rome, Paris, London, Edinburgh and Venice, a not uncommon tour for young men and women who can rub two nickels together and have some time to unwind from a lifetime of schooling. As a seasoned traveler, I’ve always picked up some bank notes—depending upon destination—in the U.S. before flying, knowing that after a long trip it’s a pain in the neck to wait in line at the airport currency exchange kiosk, and makes it easier to pay for a cab, train, bus, whatever the mode of transportation. Booker hasn’t been in Europe in a dog’s age—the picture above is from London in 1999, with him holding a big old hot dog and clutching his mom’s hand—so, in my ignorance, I thought a swell little gift for his birthday this week would be an envelope stuffed with Euros.

At one time, making such a transaction was accomplished one-two-three. You went to a bank—any bank, didn’t matter if you stashed money there, since cash is cash—the front desk at a hotel or an exchange joint in a city’s tourist area. Guess I’ve gotten too big for my britches—or small, depending on how you interpret it—but on Monday I received nothing but the back of hands from all involved in this unexpectedly quixotic quest. Granted, Baltimore’s not New York, but the city attracts a large number of tourists, especially in the summer, and they’re not all from West Virginia. Casually, with passport in hand just in case, I first went to a PNC branch and was told, unceremoniously, that no, as a guest “customer,” I wasn’t entitled to buy any Euros, and in any case, it would’ve taken two weeks. Next was Bank of America, the institution that holds the paper on my relatively small mortgage, and got the same response. I asked the teller—contingency plans, here—if I could buy some Traveler’s Checks, and she looked at me as if I had a polka-dot face. I guess that onetime staple doesn’t exist anymore, or, at the least, is like trying to find a decent egg cream.

I called a few downtown hotels and was told that they didn’t offer currency exchange services, which really must piss off Europeans or Asians who’ve come to Baltimore see the aquarium. Fairly incredulous, I searched online for the nearest money-barter outlet and found the closest one was at the trippy, claustrophobic Arundel Mills mall, in Anne Arundel County, way too far. I couldn’t believe it: either this was a case of extreme naiveté or a country gone to seed.

Back to Square Nine, I rang the bank I do business with, and have since first moving to Manhattan in 1987, Citibank, and was told to go to the nearest branch and the manager there would be delighted to accommodate me. When I responded that Citibank had closed all its branches in Baltimore, she groaned, and said, okay, we can do this online, and they’d overnight the goddamn Euros. Slight problem: Citibank was in the midst of a “system update,” so my vitals couldn’t be accessed and I was advised to call back in an hour. Which I did, for seven consecutive hours, only to receive the same message. I’m slightly embarrassed to admit getting huffy with Sherry #4, expressing exasperation at this, for me, time-sensitive inconvenience. Obviously, it wasn’t Sherry’s—or Tony’s, Daphne’s, Alberto’s and so on's—fault, but when you’re ticked off, you’re ticked off and phone rage is the result.

As it happened, that night Booker said that my in-laws had sent him some Euros for his birthday—undoubtedly procured well ahead of time, or perhaps Los Angeles remains civilized in this regard, and Daisy just went to a local kiosk—and so the wind escaped from my beach ball. I don’t recall, or rather, actively choose to forget, many sitcoms from the 1980s, but there was this one episode of Family Ties, when Alex P. Keaton, lost in his pre-yuppie world, had forgotten to buy Christmas presents for his parents and siblings, and wound up at a 7-Eleven at the last minute. There was probably a Scrooge theme in the show, but at that moment I felt like young Mr. Republican, scrambling around for an alternative gift. But I’m a man of great fortune, since my wife Melissa assessed my mood, and immediately came up with an alternative. And now that bad reputation rattling around my skull is on mute.