One, just one, day of Condor. 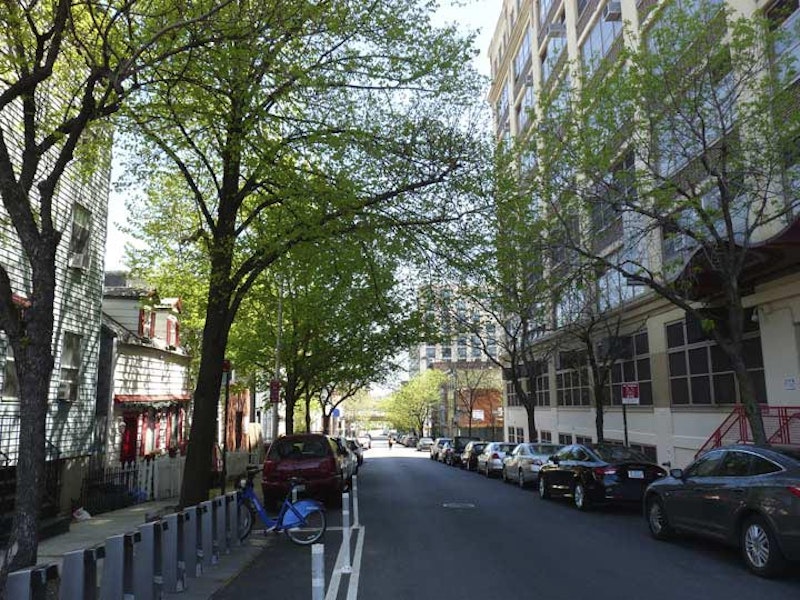 Concord St. is one of those east-west Brooklyn streets that can’t be neatly fitted into a neighborhood. It’s too far east to be in Brooklyn Heights, too far south for DUMBO, too far west to be in Fort Greene, and too far north, really, to be part of Downtown the way, say, Fulton and Livingston Sts. are. For the first century or so of its existence, it didn’t need to belong to a neighborhood; it was just a part of Brooklyn Village and later, a part of the City of Brooklyn. All this changed in 1898 when Brooklyn narrowly voted to become the Borough of Brooklyn in Greater New York.

Concord St. is named for the Massachusetts town where, along with Lexington, the first battles of the Revolutionary War were fought on April 19, 1775. While Lexington is commemorated by lengthy avenues in Manhattan and Brooklyn, Concord has to settle for a short stretch here.

The stretch is shorter than it’s ever been. Beginning in the 1940s, Concord St. was cut back in stages beginning with the construction of Parkes Cadman Plaza, which gave a welcome swath of green to the dense downtown area (in late-1940s and 50s tradition, it’s largely boring) and in the 1960s a grouping of stolid 15-story apartment buildings was constructed in place of the stretch between Adams and Jay Sts. Thus, since 1895 Concord St. has lost about half its total length. 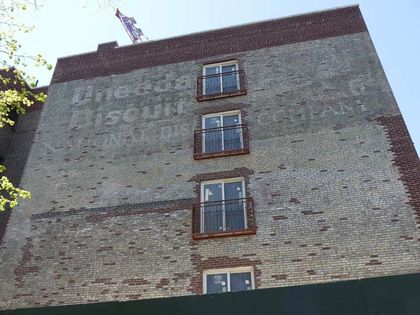 Concord St. comes to a temporary end at the Flatbush Ave. Extension, which was built in 1909 to connect Brooklyn’s signature Ave. (which had formerly run from Fulton St.) to the Manhattan Bridge. Eastbound Concord St. traffic is shunted to Nassau St. via Bridge Plaza St., which has its own century-old artifact, as this painted ad for Uneeda Biscuit was placed high above the former rooflines that once stood next to this relatively tall apartment house. The National Biscuit Company distributed Uneeda brand from about 1900 through 2008). 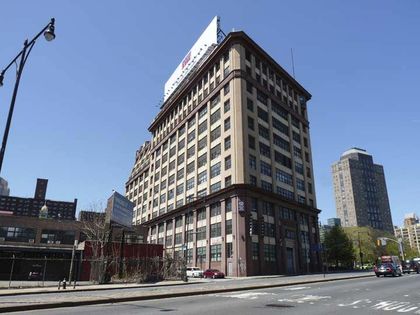 A huge factory that formerly turned out threads for the Howard Clothes Company (a men’s haberdasher) stands on the west side of the Flatbush Ave. Extension between Concord and Chapel Sts. The building also now contains numerous administrative and employment offices and the Chapel St. Community Based Outreach Center. The superstructure for a huge neon sign that displayed the Howard Clothes name for Manhattan-bound traffic is still there; I remember riding in a car up Flatbush and seeing only the H and W remaining. The company was founded in 1924 by Samuel Kappel, Joseph Langerman, and Henry Marks, and named after Langerman’s son Howard. Howard Clothes remained in business until 1970; it competed with Bond and Eagle Clothes much of its existence and all three had massive neon billboards that are now all gone. 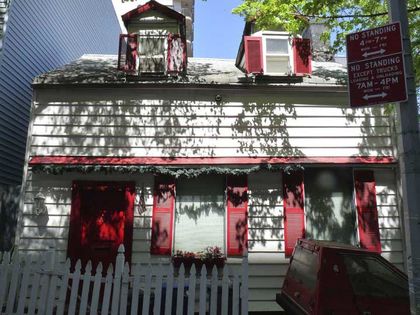 East of Flatbush Ave., Concord St. enters a grouping of private brick, mortar and wood frame homes that have hung on from a much earlier time. As the immediately surrounding area became filled with warehouses, factories and housing projects—and may of its Streets eliminated—most of these small buildings were wiped out. Originally the region didn’t have a name, but I’m told that the name Concord Village was settled on.

#167 Concord St. is a tiny, two-story frame dwelling with two dormers. The house is among the oldest in the neighborhood. According some sources it was built in 1762, while the land it is built on was deeded in 1674; the land was in Dutch hands until the 1770s, when English names began appearing on the records. It is surrounded by a stone wall dating to about 1820. The house is rumored to have participated in the Underground Railroad in the pre-Civil war era. 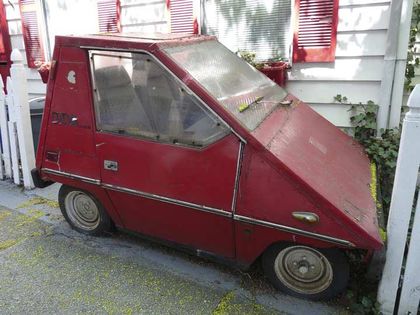 Parked outside is owner Frank Didik’s car, a hybrid gasoline/electric powered vehicle called the Didik Long Ranger designed in the mid-1980s. It’s 96 inches long, 65 inches wide and 56 inches high and can comfortably seat three people. It can travel about 70-100 miles per charge, but the gasoline engine can power it only to a top speed of 30 MPH. It also contains solar panels to assist in charging the batteries. Didik, who has owned 167 Concord since 1985, took an earlier Citicar, manufactured by Sebring-Vanguard, and modified it; he also designed the Didik Sun Shark, a solar-powered motorcycle, and the Didik Duplexity, a foldable scooter that rides three people. Didik has, of course, removed the batteries. 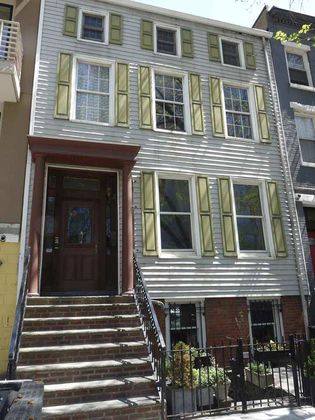 Duffield St. was named for Revolution-era Brooklyn Village surgeon John Duffield; a long-vanished parallel street, Barbarin St., was also named for a doctor. A group of buildings at 225, 231, 235, 223, 227 and 233 Duffield near Fulton St. were believed to date to the Civil War era and are further believed by their owners to be former homes of abolitionists, if not stops on the Underground Railroad, as was the nearby 1846 First Free Congregational Church, later the African Wesleyan Methodist Episcopal Church on Bridge St. south of Johnson St. in MetroTech Center. However, development on Duffield St. has eliminated most of them, and demolition permits have now been filed foe the last one remaining, 227 Duffield.

The block of Duffield running between Concord and Tillary St. retains a great deal of Bridge Plaza’s remaining private dwellings. #51 Duffield is likely the oldest building on the block. The owner, fan of my Forgotten New York website, was outside and tipped me that it was the subject of an article on Brownstoner by Montrose Morris which says it’s a Federal style house with Greek Revival stylings that likely dates to the 1840s. Note the smaller windows and shutters on the third floor. 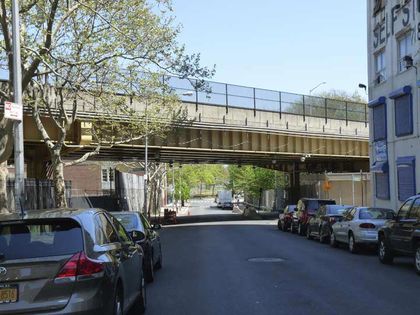 The Brooklyn-Queens Expressway, here crossing Concord, did much to uproot the stability of the neighborhood when it arrived in the 1950s, as well as various housing projects such as the Raymond Ingersoll and Farragut Houses. St. Michael’s Church used to be at the SW corner of Concord and Prince, now occupied by the BQE.

East of here, Concord St. ends at Navy St. at John Barry Park. Commodore Barry (1745-1803), known as the “father of the American Navy,” was born in Ireland, went to sea as a youth and quickly rose in the ranks from cabin boy to captain of the shipping vessel Black Prince. He served with success in the American Revolution, making the first American capture at sea of a British vessel, and made several others during the war; the sale of these vessels helped fund the nascent US Congress. In 1781 he escorted the Marquis de Lafayette on a mission to America. Barry helped found the Brooklyn Navy Yard in 1801, which constructed US vessels until 1966.