Truth or Fiction in The Mastermind 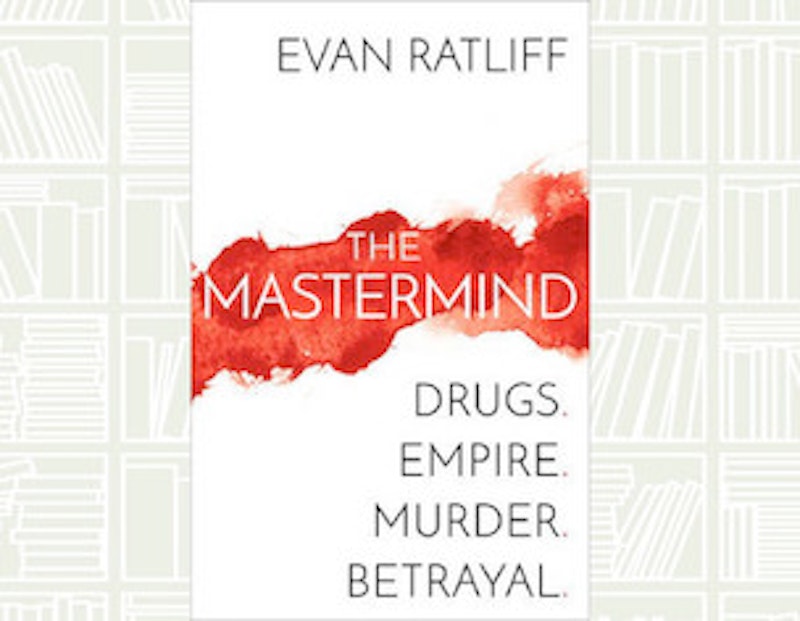 We know that truth is stranger than fiction because fiction has to make sense. But from time to time you run into a true story that reads like fiction; a story that almost has the neatness of fiction. Which is to say, a story that needs to be told in the shape of a fiction to make sense.

Thus The Mastermind, by Evan Ratliff. It’s the true story of the rise of global criminal mastermind Paul Le Roux, the people caught up in his web, and the investigators struggling to bring him down. It’s all true, or as true as Ratliff can establish. But it reads like a cross between a mystery and an espionage thriller. A host of settings all around the world, in the Philippines, in Somalia, in Minnesota; plot threads about drug-running, possible revolutions, betrayals; characters who include dedicated cops, battle-hardened mercs, and innocent people just caught up in it. It’s the first non-fiction book I’ve seen whose footnotes are headed with a spoiler warning.

The amount of strands in the story dwarfs even the most complex thriller, though, and the way Ratliff structures his book is well-chosen. For the first 220 pages of a roughly 375-page narrative, he skips not just from character to character but timeframe to timeframe. The short chapters overlap, presenting different moments from different perspectives, filling in different sorts of background. It has a good cumulative effect, getting across the scope of Le Roux’s activities and the slow progress of those trying to bring him to justice.

It also lets Ratliff bring himself in to the story, and explain why he’s so interested in Le Roux. That could be a bad move for a journalist; in this case, though, it’s justified for two reasons.

First, Ratliff became part of the story with a set of articles about Le Roux that he published at The Atavist in the spring of 2016. That led to people with more information getting in touch with him, and thus in part to this book-length version of the articles. Second, because you have to wonder why he wrote either the articles or the book.

Le Roux’s a dangerous man, and many of the people around him were or are dangerous. The book’s filled with stories of shootings, murders, firebombings, and various other acts of intimidation and violence. Why get so close to people who might well see a journalist as a threat?

Perhaps to make it clear what he is, and encourage the authorities to seek justice. Ratliff himself suggests a number of reasons why the story has personal resonance to him—his own background in tech, his interest in the dark side of the world. I wonder if it’s not simpler, though.

Le Roux, in Ratliff’s telling, seen through the lenses of those around him, comes off as a fascinating personality. Fascinating not because he’s an evil or petty man, nor even because he’s a genuinely brilliant man—he wrote the code that became the basis for an important piece of encryption software, he developed his own form of plastic explosive—but because he’s a classic mix of great potential and tragic flaws.

Of course he has a lack of concern for other people, and in particular an abusive attitude toward women. But he also has a knack for seeing possibilities, and how to exploit them. In some ways Le Roux comes off as the classic capitalist disruptor, identifying places where he can step in and make money by doing things differently.

Le Roux was a tech-bro manqué. He was born in southern Africa and obsessed with coding in the 1990s, not unlike Elon Musk, but he turned his life in a different direction. He realized that the various laws governing the distribution of drugs in the United States had some legal holes and gray areas. He set up online pill distributors, recruited doctors and pharmacists who’d later swear they believed what they were doing was legal and aboveboard, and helped exacerbate what is now recognized as the opioid epidemic.

He didn’t stop there. Based in Manila, he moved into illegal drugs. Here Ratliff raises the question of what led to his sideways step into outright criminality, but seems unsure of the answer. It looks like it was happenstance, his agents happening to recover a massive amount of cocaine after a shipwreck.

It might simply have been inevitable. Associates recall him as lacking in empathy; they recall his rages, his fear of betrayal. Which intensified as the law began to close in on him. He was a man who was fundamentally out for himself. A man for whom the law was only a baffling inconvenience. How could he not end up a criminal?

Le Roux surrounded himself with mercenaries and assassins. He apparently had plans to set himself up as a king or warlord somewhere in Africa or perhaps elsewhere; it looks like he considered the possibility of fomenting a revolution in the Seychelles. Or possibly the Maldives. Stories differ. He definitely had schemes to raise a small army of children; offspring he expected would be faithful to him alone.

Ratliff spends some time on an operation Le Roux launched in Somalia, which involved setting up a well-armed compound with the aim of establishing a legitimate tuna-fishing operation. Le Roux struck deals with the pirates in the area who’d originally emerged to attack foreign fishermen. Then he lost patience with the operation. A possibility of digging for oil was abandoned. Instead his plans for Somalia turned to fanciful ideas of growing and distributing drugs, and of kidnapping rich people from the Seychelles. Le Roux was a man with good ideas and a lot of potential, but no patience for building slowly, and who wanted to be king while distrusting everyone around him.

Questions remain. Le Roux had a number of other seemingly legitimate businesses including logging and mining. Were they real, or just fronts? Nobody can know everything, but a bit more about these loose ends might have been useful.

Perhaps more about Le Roux’s abusive attitude to women should’ve been explored. This is crucial to the man’s character, as well as a way to write about the effect of his crimes, but it’s left unexplored. Ratliff describes an almost entirely male world, full of ex-military and hardcore criminals, and how this played into Le Roux’s own misogyny might have been worth thinking about.

Still: Mastermind is non-fiction told with the tight structure and effective prose of a good thriller. More importantly, it’s aware of the ambiguities in the story it tells, aware that it’s trying to cobble together a narrative out of tales and confessions from fundamentally untrustworthy characters. What it comes up with is convincing, and an intense reading experience. Truth or fiction, it’s rare to come across a story like this.