The Continuing Mystery of Prof. Daniel Larison’s Silence on Russia 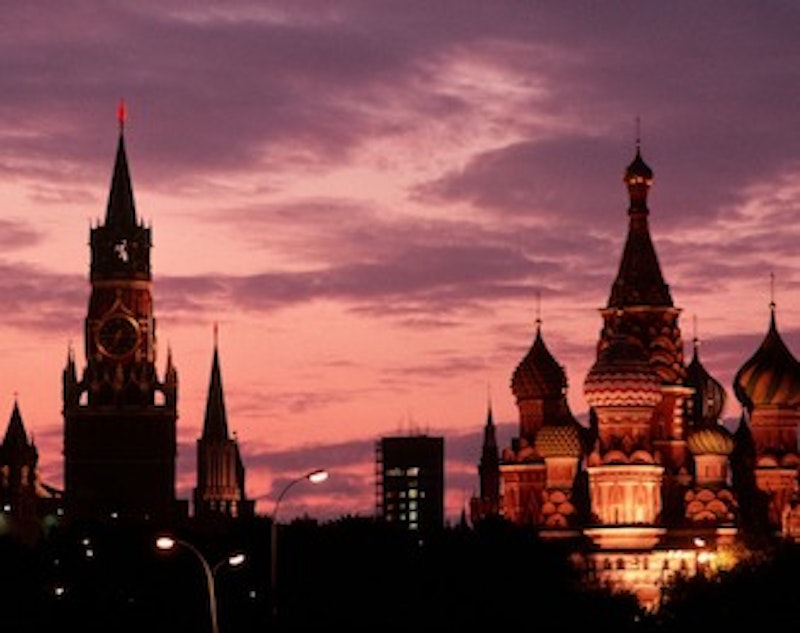 For those many of us paleoconservatives and Russian Orthodox converts who long took our cues on Russia from the peerlessly learned Larison (the Yale faculty member is one of the great theologians of the Theotokos and the Logos, not to mention a master of Slavic linguistics), this is a tragedy.

Opinions among parishioners of our little Orthodox church here in Indiana are trending surprisingly anti-Larison. Brother Aiden is convinced that Larison is a rank coward. His theory is that Larison is afraid of writing in defense of Russia given the current anti-Russian hysteria among the American smart set.

“When it was easy to defend Mother Russia, back when opinion leaders were mocking Mitt Romney for his paranoia about her, and she was off the radar, Larison defended her,” Aiden opined, looking nervous and abstracted as usual, and scratching at his eczema.

But Father Nicodemus, our great big bluff Russian immigrant priest, sees things a little differently. In his flowing robes, his graying beard braided into no less than seven rubber-banded fork-tines, smelling of coffee, sardines, and the good honest sweat of a day’s spiritual labor, Father settled his bulk into a chair in our humble rectory.

“It’s true that apologizing for Russia’s sacred violence and cruelty isn’t so easy these days,” Father said. “The opinion leaders have turned against Our Holy Mother. And Larison, who once would argue maniacally—I mean that in a good way—to justify the Kremlin’s God-mandated imperialism in Georgia and Ukraine, is silent and meek as a krot. What is the American word for krot?”

With a finger greased from his delectation of that Little Russian delicacy, raw pork fat, he smeared the screen of his cellphone.

“Ah. Yes. Mole.” He looked up, smirking that wonderful smirk of well-fed self-satisfaction that we all associate with the Russian Orthodox priesthood. “Larison has turned meek like a mole. Krot. Yes. But, at bottom, I believe that Larison has lost his faith.”

I was honestly shocked by this. If the world’s most famous American convert to Russian Orthodoxy, the author of some of this young millennium’s seminal theological meditations, could lose his faith in our magnificent Church, that Church that has long functioned as a spiritual handmaiden to Kremlin power, then there’s little hope for the rest of us.

Father shoved another piece of glistening pork-jelly into the hole formed by his sensuous lips and, shutting his eyes, used his tongue to crush the fat against the top of his mouth with great relish.

“I don’t mean faith in the Church,” he said. “I mean faith in Russia herself, in the bright, holy idea of her. Larison is a creature of the American media, and thus barraged with vicious propaganda about Russia. Drop by drop, this poison collects in his consciousness, and must have an effect.

“Even the greatest of Russian Orthodox theologians are affected by the daily stream of slanderous lies about the country that’s the object of our worship. Lies about the Russian liberation of Georgia in 2008. Lies about so-called ‘Russian meddling’ in former Soviet Republics. Lies about how the Kremlin’s men shot down that Dutch airliner—really it was the Little Russians who shot it down, and if the Kremlin’s men did shoot it down, it was a fascist airliner, and had it coming. Lies about the incredible brutality and corruption of contemporary Russian society.”

(Transparency: I’ve thoroughly  “touched up” what you might call Father’s “picturesque” English.)

I would like to think that, as he fingered the beads, he was visualizing the 1697 martyrdom of St. Lyubov Nikolaevna of Udachy-Novokuznetsk, if not meditating on Mary, the Theotokos, herself.