Getting old is a slow process of watching yourself get worse at everything. 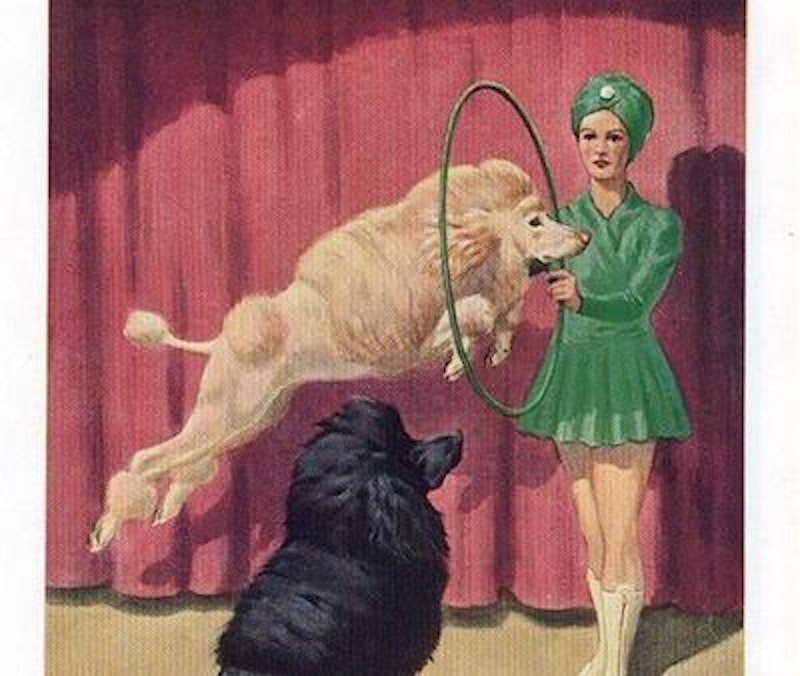 I made goat cheese pasta last Sunday evening. I asked my son if he liked it. He said yes!

That may not sound like much of an accomplishment, especially since my son is 15 and isn't picky about food. Still, I always feel like a small miracle has occurred when he or my wife declare something I cooked as edible, or even somewhat better. That's because I didn't start cooking regularly until I was well into adulthood. It's only in the last few years, in my 40s, that I've felt comfortable cooking for guests.

I’m an adequate cook, at best. Twice-baked potatoes, red pepper steak, ginger chicken, maybe risotto if I dare. Sometimes people say, "This is pretty good!" but never, "Wow, where'd you get that recipe!" because you could find the recipe on the Internet.

But food preparation is relative, and while my skills won't impress any semi-competent adult, they’d astonish my younger self. My first real experience trying to prepare food was in a high school cooking class. I cracked an egg open and it instantly dropped on my lap. This was bad, because I was allergic to eggs. I must’ve gotten some of it on my hands and rubbed my face while I was cleaning up, because my eye swelled up. My mom had to leave work to take me home. She was not amused.

After that start, my career as a chef proceeded inauspiciously. A lot of frozen food was consumed. Some take-out.  And I attempted some stir-fry. Mushrooms, peppers, spiced with nothing but salt and pepper, and accompanied by cheap and disgusting tomato sauce. I was living in graduate student housing and my roommate, a computer scientist from India, observed my flailing efforts to feed myself with quiet horror.  He’d been living alone in a two-bedroom apartment, and wasn’t thrilled that I moved in.

I'm not exactly sure how or when I started to do better. I wasn't cooking much when I met my wife. To the extent anyone cooked in the early years of our marriage, it was she. But she gradually got sick of it, and as she was the one who was working a fulltime job, I felt like I should give it a go.

And so I did. There are still dishes that are beyond me—no eggs, obviously. But cooking is maybe the one thing that I can say that I'm better at now. I don't swim like when I was a high school athlete. I gave up playing the banjo after a couple of years. I'm not a better writer now than I used to be.

Getting old is a slow process of watching yourself get worse at everything. Sometimes you can tally up the skills you once thought you might like to acquire, but now know you never will. I doubt I'm ever going to learn a foreign language; I won’t learn to read music.

But every so often, even boring middle-aged people like me learn a new trick. I can cook goat cheese pasta now, and my loved ones can eat it with at least a semblance of enjoyment. It's not much of a triumph, but I'll take it.