Monica dishes on “bastard bird” Bennington, whom she claims to have “defenestrated.” 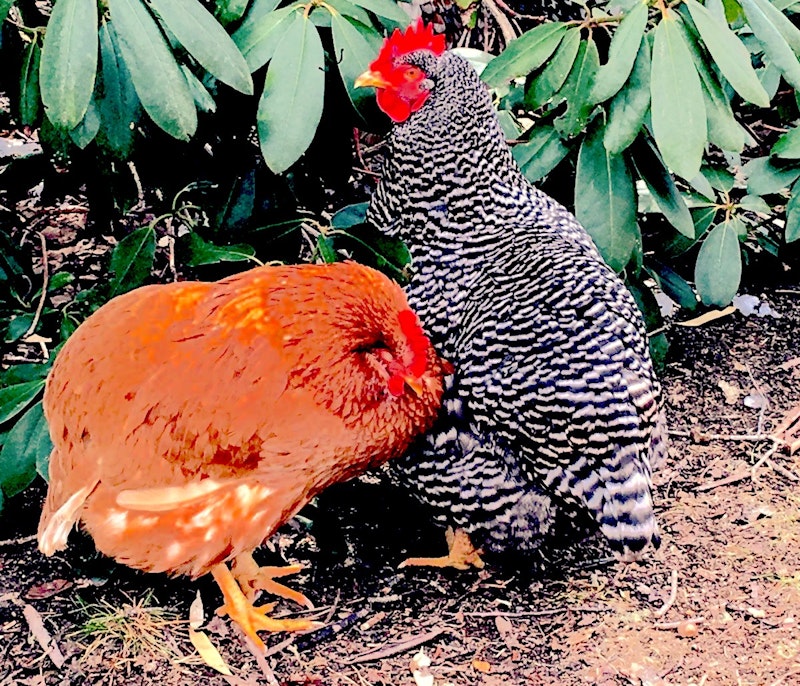 Rooster and I are sick. Typical. We don’t know who got it first and who gave what to whom, but we hate it. We hate being sick because we’re unable to be productive and informed members of society. We shut down; the pain is too much. Common cold, maybe—but what about a viral infection? Even at its most mild, we’re out for weeks. We may be old but we’re still affected by the ever-sensitive avian genome and humanity’s avaricious manipulation of our bodies, lineage, and immune systems. We get sick more often than the pigeons and the rats. They know how to deal with disease. Their bodies have been steeped in disease since their birth. We’re sensitive creatures, vulnerable in comparison. Perhaps weak? No: just different.

But you know that by now. You’ve followed us on our adventures and such, otherwise why would you be reading? You see here is the essential problem of the question: people read unqualified opinion columnists every day talking about their cab drivers and interns who don’t know how to order an Italian sandwich. They’re paid six, seven figures. Me? Roo? WE ARE BARELY MAKING ENDS MEET. We‘re precarity workers; we’re precarity birds. We may be added to the endangered species list considering we are indeed “spicy chicken.” But Popeye’s will never get their murderous claws on us. Their claws are mechanical; ours are organic. Flesh and blood versus technological “progress.” Wake up! We’re going nowhere. The Amazon is burning and we might choke to death before the decade is over in three months.

I’ll stop talking about world problems now and focus on something more important: my problems. Rooster’s problems. Every bird on Earth’s problems. And, if we have any time left over, Bennington’s problems. I suppose he’s technically a member of the same species as Rooster and me, but it certainly never felt that way. He was always an outsider, a loner. He’s been trying to rebrand himself lately, but we can see the wig. He’s got a rug on and thinks it’s a replacement for a heart. Bennington will never know love. He is a husk, arthritic and angry. He’s ruled by chaos, unlike me. Bennington is chaotic. He’s the one that’s burning down the Amazon (both presumably—Bennington knows no ideology, and would just as likely advocate for the humane treatment of Bezos’ employees as he would grovel and beg for a spot in Bolsanaro’s cabinet).

You may ask why Bennington won’t come to his own defense. Well, he’s been defenestrated: yes, that’s right. I castrated Bennington. He can no longer fuck. He’s been on suicide watch all week. I wish I could use emojis here because I’m crying of laughter. Laughter and tears of joy. Joy that the bastard cousin that’s sucked the life out of my husband all his life is finally being punished. He’s a leech on the society that we know. That we can tolerate (at least I can). But not my Roo. He’s fucked with my husband’s head enough that I have lost all empathy for the creature.

You’ll not be hearing from him again any time soon, and if you do? It’s me. I’ve taken over his social media accounts and writing. I was going to spend the day thinking of new ways to slowly torture Bennington, but I’m sick, so I’m tired and angry. My rage festers for now, but this is necessary, just as fermentation creates wine. My rage will be wine soon. And everyone will know the charred skeleton of the bastard bird once known as Bennington Quibbits, the only documented avian fascist in recorded history. Start rewriting the history books now. I’ll be doing my nails.