Traveling With My Aunt in Japan 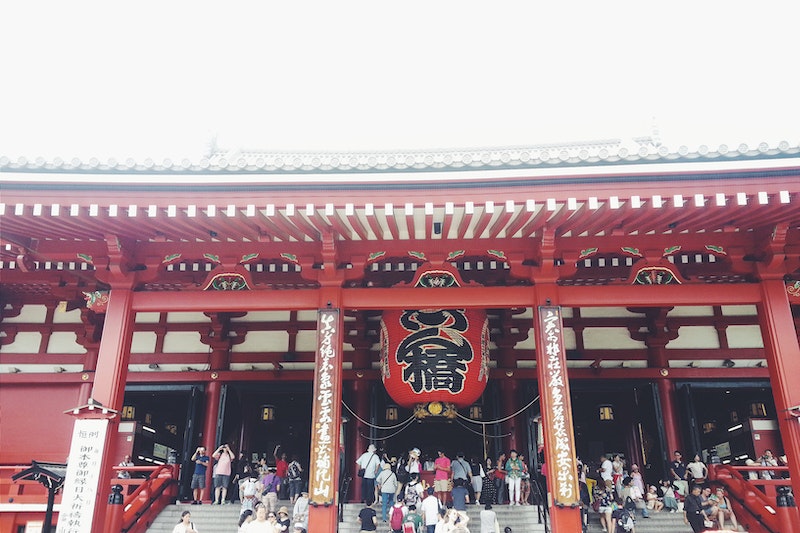 It all started when Mom and I were driving home from grocery shopping. We stopped at a red light; discussing something I can’t remember when I jokingly asked her if I could go to Japan with her that Monday. Mom’s a flight attendant who makes frequent trips to Japan. She used to take my brothers and I there almost every summer up until we graduated high school. Sometimes she’d take us separately and during different seasons. We have family there, so there’s no need to book a hotel or go out to eat every day. Since Mom works for an airline, flights are essentially “free” (You pay for tax, which has always run about $50 depending on where you’re traveling) and since you aren’t a “real” paying customer, you are usually the last to board and get whatever seats weren’t sold. This usually means business class because it’s so expensive. I’m the asshole who drinks champagne, is provided with the fluffiest pillows, and has decent tasting airplane food.

Early Monday morning we packed up and set off for Reagan National. This trip to Japan would be slightly different, as she’d be working during the flight. This meant I’d be watching my mom in action—something that I’ve never done. After being toted around the airplane by my mother and having her flight attendant friends ogle over me, I was finally able to sit down and prep for the 12-and-a-half hour flight to Narita. When mom wasn’t busy asking people what they’d like to drink or handing out warm towels, she’d check up on me. “You’re very good at your job.” I told her. She laughed. “It’s because of my smile.” She points up to her obviously forced, incredibly peppy smile. We touched down around two p.m. and took a rental car to my grandparents’ house.

I’ve been using an app on my phone to teach myself to read basic Japanese. Although I’m still very slow and have the reading capacity of a first grader, it’s helped. My speaking skills, on the other hand, were really rusty. I struggled for the first couple of days to form coherent sentences without having to pause and think about it. Mom left to go back to work in America the following day, leaving me alone for the first time in rural Kichioka, where we were staying with her parents. I was to meet my aunt at Nippori station on Friday. My grandmother fussed over me. “You can’t read anything!” she would say. “What if you get lost? What if strange men try to talk to you?”

I was okay. I walked to the bus on Friday, and asked the driver a couple of questions in Japanese before sitting down and waiting to be dropped off at the train station. From there, the signs were written in English so all I had to do was press whichever button indicated the fare that was displayed on the board and then follow the throngs of people onto the platform. I met up with my aunt and the next three days were full of sightseeing, shopping, and eating a lot of great food. I spoke nothing but Japanese with her, and was amazed with my ability to keep up a steady conversation.  We went to the Tokyo Skytree, Harajuku, Nakano Broadway, Tokyo, Shinjuku, Shibuya, and Sensoji Temple.

Japan can be a bit of a culture shock for those who’ve never been to the country. For example, there are designated smoking spots once you reach the city. If you want to light up, you’ll have to find a sectioned-off area that reads “Smoking only." The streets are also impeccably clean. No one spits out their gum, hocks a loogie into the street, or tosses their cigarette butts into the gutter. When you’re going up and down the steps, there are painted arrows to show you where you’re supposed to walk so you don’t run into anyone. You take off your shoes before you enter a dressing room. When you go out to eat, you press a button to call your waiter/waitress or simply call out “Excuse me!” and they’ll rush over with a smile. There are public bathhouses that are exactly how they sound. You pay a small amount to take a shower or bath in a public area. No tattoos allowed though, since they’re still associated with gangs.