The Dean Who Told Me to Go to Law School 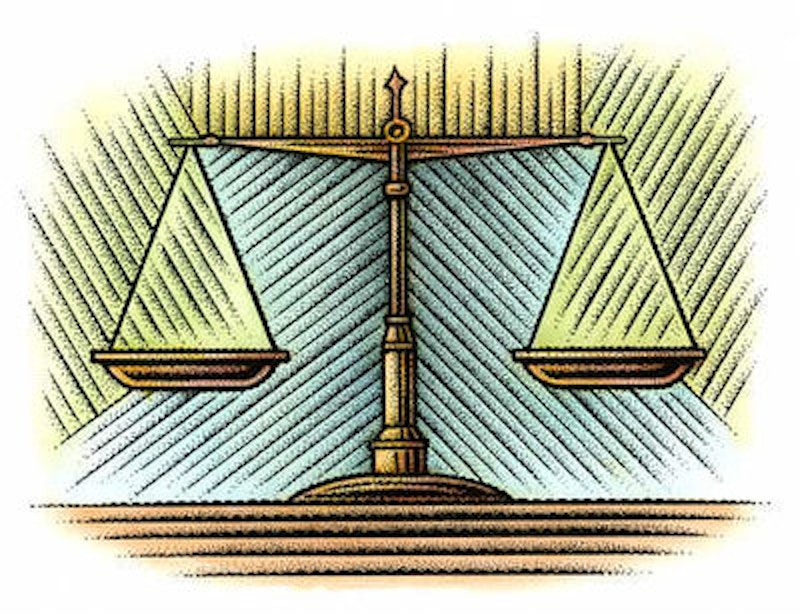 The payoff to this story is small, but it involves youth and age, innocence and experience. The story begins 32 years ago when I was in college. It ends now, as I type this, age 53. What I learn from the story is that life can be a bitch and get away from you, and on doing so it takes strange shapes; these strange shapes seem to you like they're normal. I suppose. I'm guessing that's the lesson.

Thirty-two years ago I was going back to college after a year off. Back then a year off was something unusual. I remember reassuring a few stray adults—my parents, their friends—that I wasn't dropping out. Which I wasn't. I had a horror of dropping out. I knew nothing about adulthood except that it terrified me, and I was scared that I'd scuttle out of the challenge. So after my year off, I went back to school as planned. I may have been the only person who wasn't surprised. But I didn't want to be left outside.

My return involved paperwork and an interview. A dean had to talk to me. I think this was routine. Possibly my folder contained the letter I'd written explaining my fragile emotional state and how it would be helped by permission to live off campus. Or maybe that letter was on file with the housing department and no one else. I don't know. But I'm pretty sure I looked like a student who might’ve left college because of bad nerves and emotional difficulties, and who was now coming back in hopes of this time holding it together. I gave that impression to a lot of people, and I still do.

The dean looked at my transcript. He said, “Huh. Well, this is...” and he looked at it again. I'd never thought much of my grades—B's and a few A's, I was sure I could do better—but they were solid, and solid is just fine when you're climbing back from the window ledge. I wasn't a flameout, and that much was good.

The dean put the folder away. He was a fine-boned, peppy man, with (I could swear) a bow tie and crisp white sleeves, and his hair was like a Kennedy adviser's from 1962—wire-rimmed hair, every strand positioned across his scalp. He wore glasses too. He seemed like a shrunken but still viable edition of an Ivy League mover and shaker, somebody who would master portfolios. By shrunken, I mean he may have been a little underweight and beneath average height, for what either of these things matter. But I also mean that he was busy with small potatoes. My problems and I weren't all that much, but we were his occupation.

Here's how he dealt with his odd place in life. As I sat there and nodded, he began a bright, confiding pitch about law school and how it was a wonderful thing. Not the law, but law school, the career option. I've forgotten the details. Maybe he said a person could expect a career of fulfillment and high income even with a degree from a middle-ranked law school. Maybe he said nothing that snooty. But I look back on our talk with unfriendliness. I was at the receiving end of something, which I never like, and also—this is a little personal—if somebody is going to be friendly, I want it to be for me. The dean was a camp counselor giving a talk, and I was the latest to get it. I don't think anybody likes that experience if they have self-respect.

One bit has stayed with me. I said I wanted to be a journalist, and the dean made a face. Back and forth went his head. He groaned—this man with the wire-rimed, Kennedy adviser hair. “Oh, no,” he said, and he yanked his features up as if showing me how it was done: lips, eyes and forehead bunched toward his hairline. He was demonstrating scorn. “That's thinking up what to put on magazine covers so people will look inside,” the dean told me. “You don't want that.” I wagged my head back and forth a little, to show I was on board.

The dean sent me home with a trade paperback to look at, all about being a lawyer. Big print. That was a relief because I meant to read the book that night; exposure to Robert Caro's The Path to Power had caused me to adopt some cracking work habits. But big print came in handy. And actually I didn't finish the book. Maybe two chapters. The writer was describing her first day in court and how the lead counsel had drilled her on the right clothes to wear and how to sit. I suppose I suspected, in one of my brain's rear compartments, that I couldn’t live for long if my job made me responsible for the angle of my socks and whether nine strangers thought I seemed basically all right. Some people could take that burden; I could not. I hope I figured that out. I didn't have the nerve to give myself the scoop right off, but I stopped reading the book. That was sensible. I returned it the next day, handing it off to the dean's receptionist.

A girl was there to read it next, or such is my memory. Maybe I'm mixed up and actually I remember the girl from the day before, when I'd first got the book—maybe she was handing it to the receptionist when I came out of the dean's interview. Either way, I saw her and she was my fellow victim of the treatment. That's the one reason I remember her, since she wasn't pretty. She had the set, apologetic look of someone who gets through conversations by keeping quiet and doing the approved thing. I'm the same way, especially in a dean's office. Great litigator material. Of course, there are lawyers who burrow into briefs and keep out of sight, but their work is still high pressure. And why did the dean hand out a book about courtroom law? And with such large print, come to think of it.

Here's a last bit that may belong or not. I think the dean was old friends with the father of a high-powered roommate I once had. There was somebody in the school's administration who had been college buddies with the dad, and I think this was the same guy. At any rate, the dad told a story about this old friend, and the premise was explicit: the friend couldn't drive, so how did he keep up with the gang when they were out on a road trip? Here's how: he read to the person driving, to keep him awake, and he did so with great drama and energy. Maybe he was reading old English verse, something special like that, or maybe nothing so recondite and it was just the drama and energy that lifted everything. But, even though the friend couldn't drive, he was one of the special ones too. He was as high-powered as my roommate's dad and the rest of the gang.

How all this adds up, I don't know. My guess: this man, the dean, pitched me on law school just because I walked in the door and had the look of a polite stiff. His sort knows my sort and knows what we'll put up with. So I heard about law school. Most likely he told himself he was doing good, because people tell themselves things. Or maybe he knew he was just messing with me and took some complicated pleasure from that. Either way he’d shunted himself onto an odd siding and life was elsewhere. Who knows how these things happen. Why couldn't he drive?