Judging Other Women Makes Us Judge You 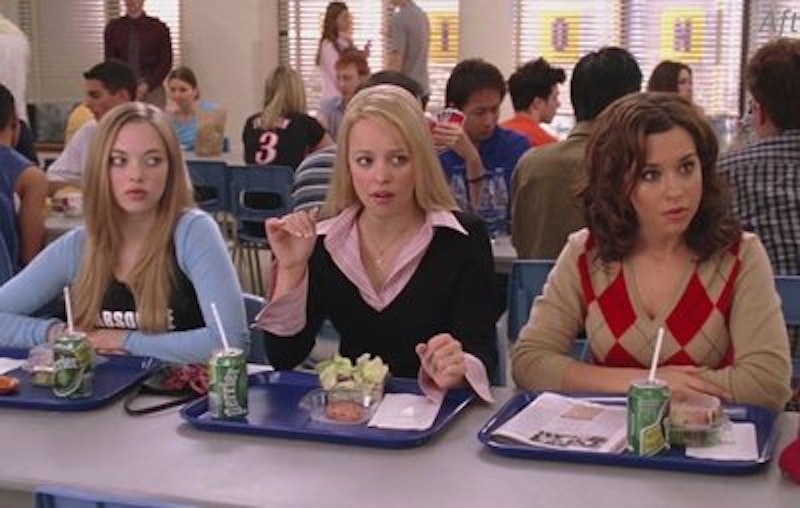 I usually don’t follow celebrity news, but the recent Nicki Minaj/Taylor Swift/Katy Perry brouhaha caught my eye because it scrolled down every screen on earth and with a middle school daughter I knew I’d be asked about the story. In summary, “Bad Blood,” a song by the whiny princess Swift (can’t stand her) was written about Perry (who’s far more tolerable) and Minaj (who I like) unsurprisingly has balls the size of Australia.

The news coincided with a relentless, nonsensical asshole commenter troll we have at Splice. I’d fallen into the trap of trying to get the guy to stop pestering our writers and finally remembered the canon law of the Internet, which is “don’t feed the trolls.” It’s basically a rewrite of canon law of old-school motherhood: “ignore the bully.”

But the biggest example recently of walking into a trap of letting someone rile me up was at a restaurant. Someone I don’t know well asked about my work on a third novel this summer. I rented a small cottage on the same Chesapeake Bay island where I wrote my first two novels. The woman, smiling, said this to me: “Where are your children when you are working?”

I stammered. “Well, during the week they’re with my husband if he’s working at home but if he’s out of town the younger ones come with me…”

She clucked. Clucking is what women of my mother’s generation do if they are judging you. It’s a condescending, slightly head-shaking action they do with an actual smile on their faces, accomplished through years of holier-than-thou practice.

The woman doesn’t know me. She doesn’t know how old my children are (like for example, that two of them are 21 and 17 and that even the “younger” ones are 12 and 10). I imagine she has images of underfed, wet-diaper-clad children crawling around dirty floors while their mother traipses off to the island to sip margaritas and work on a novel that, as far as she knows, will never even be published.

“I just can’t imagine,” she said. I didn’t know what to say. My mouth actually hung awkwardly open. Someone next to her tried to help by changing the subject. I heard her say to the person next to me (still clucking) “I guess that’s okay for some people but I just can’t imagine leaving your kids like that.”

I hadn’t met one in awhile; a woman who not only believes a woman should be home taking care of her children, but one who will admit it in public. This woman doesn’t know that over the last two decades of motherhood, I’ve done everything in my power to work part-time hours so I could be home with my children as much as possible while still nurturing a career so that I could have a career because I wanted one. Not that I should have to justify my choices to her, or anyone.

Wasn’t it her generation that insisted we should be feeding babies formula and depositing them in day care so we could return to fulltime careers and make as much money as men? We can’t fucking win. I spent my life trying to create a balance between motherhood and career, and I still get judged and clucked at.

Yes, it’s hypocritical for me to sit here and judge her for judging me, I guess. But let’s face it, it’s a mean-girl world, and I don’t ever see a day where, except for truly rare cases, women will support one another as we should.