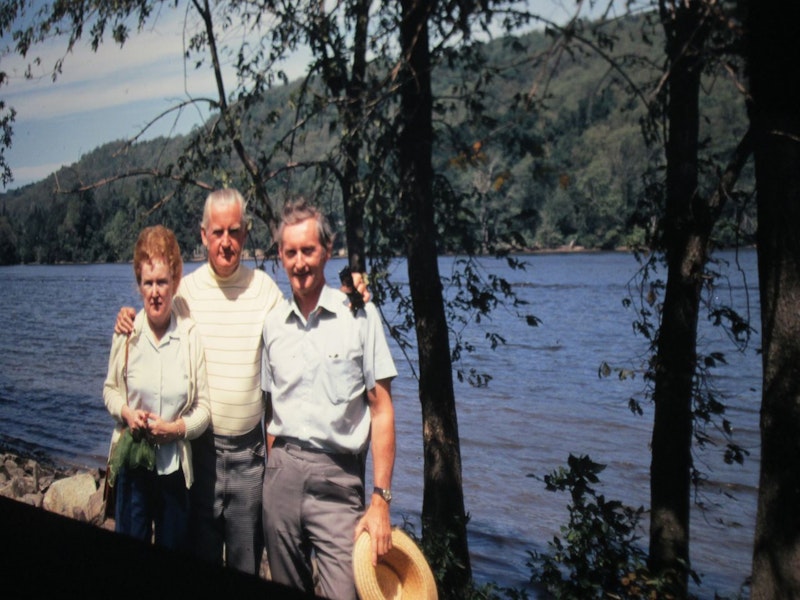 It was mid-morning last Saturday, and I was pecking away at the keyboard, editing Ryan Neely’s report about the devastation in Kentucky (where he lives) and the thrills that “extremely online” people feel when there’s a natural disaster they can lampoon, depending on whether the state is red or blue. And just like that, the power at our house in Baltimore went out, right in the middle of “Stoned Soul Picnic” on the CD player, (there were heavy storms and flooding two days prior) and I tapped my fingers, figuring it was a two-minute interruption. (It goes without saying that I hadn’t saved my work.) But then a text from BGE (which isn’t an awful company, by the way, mostly because real emergencies like gas leaks are dealt with immediately, and, if your check is late because of the unrelenting USPS slowdown, there’s no penalty) beeped, delivering the news that power in our area of North Baltimore was likely to come back by 11 p.m. That was 12 hours away—and it was sunny outside!—and I called to make sure that estimated time wasn’t a typo. Out of luck.

My daily routine doesn’t accommodate such situations very well, and it gets worse every year as I hurtle towards the inconceivable age of 70 (I recently turned 67) and I take on characteristics of my late Uncle Joe (a grand fellow in his prime, although he became an unmovable creature of habit in his later years, but still always charming), who’d insist on making “dry runs” in the car the day before a family event. (That’s Joe in the photo, flanked by my mom and Uncle Pete, and I must admit they aged better than me.) My Aunt Winnie, the definition of a good sport (and one of the strongest and most determined women I’ve ever known), wasn’t ruffled by Joe’s increasing eccentricities, and when queried about them, would just say, “Oh, Joe likes to fool around.” As in “play tricks,” so get that mind out of the cesspool when reading about Uncle Joe!

My mind is as sharp as it was four decades ago, lest you think the above paragraph came from a scrambled brain rather than a mere digression. But I digress. I surried downstairs, grabbed a cigarette, and took our dog Billy Smith out for a look-see (my affected Southern roots, Goob) around the neighborhood and heard BGE engines blaring with bad news, saw lights on one side of the street but none on mine or the road behind our house. Reconciling myself to the inconvenience, and feeling kind of sheepish about my grumpiness, given what I’d read about Kentucky, I steeled myself for the long haul, pissed that I’d miss a Red Sox game that early evening (the team blows, but I still watch) and a home movie showing of The Ipcress File with my wife and son Nicky that afternoon, and settled in a chair to finish the last 30 pages of Emma Straub’s new novel This Time Tomorrow.

As it happened, an hour later I heard a loud whirring, and, blessedly it wasn’t a car outside but the air-conditioning kicking back on. Power! Melissa returned home from a round of errands and I relayed my story of unexpected woe, and she texted our younger son Booker, and he replied, “Oh brother, Dad doesn’t handle that kind of stress very well.” When I was his age, 27, I thought nothing of a loss of power during a hurricane or blizzard, just surfed the wave, although to be fair, that was 1982, and I worked with a typewriter. And, unlike today, the word “spontaneous” wasn’t in a foreign language.

Straub’s time-travel novel is a little bit dopey, but I didn’t fire it after 40 pages, maybe because I’d recently slogged through a dreadful 600-page memoir of a b-list celebrity that I reviewed for another publication, so Straub kept my attention. The main character, Alice, is an unsettled single woman about to turn 40, stuck in a hum-drum job at the private school she attended as a teenager, has a boyfriend who’s a tiger in the sack but a dud otherwise, and aside from a longtime friend, Sam (happily married with three kids) with whom she’s in daily contact, doesn’t have much going on, except for visiting her beloved father Leonard, who’s in a hospital with just days to live. In a confusing sequence (it is a time-travel book) she’s brought back to the 1990s on her 16th birthday, with the knowledge of her 40-year-old self, and, as she repeats the process of going back, tries out different scenarios if she’d made different decisions. As I said, it kept my attention, but barely.

I read a few reviews afterwards and found I was less generous than book critics. For example, in The Washington Post, Ellen Akins (who’s written four novels) begins her review with words even sillier than Straub’s: “You should know, before you begin this journey, that 'This Time Tomorrow' is a story about time travel. So prepare your suspension-of-disbelief mind muscles for the heavy lift.  Or just settle in for the ride, confident that Emma Straub will conduct you to the welcoming place where fiction and wishful thinking align. There are plenty of signposts to ease your way.” Christ, Akins makes it sound like her readers need to prepare for a delay-marred airplane flight to The Field of Dreams or San Francisco.

Now that Maureen Dowd has jumped on the Don’t-Run-In-2024-Commander-Joe bandwagon, maybe Dr. Jill, Hunter and Beau-From-Heaven will have a sit-down with President Sippy Cup. I jest. Dowd has nothing new to say on a subject—even her jab at Ruth Bader Ginsburg is recycled—that’s been bruited about since Biden was elected. She writes: “Defying all expectations, the president has changed the narrative. Before, the riff was that he was too old school and reliant on his cross-party relationships in the Senate. Now old school is cool. The old dude in the aviators has shown he can get things done, often with bipartisan support.” Did Emma Straub ghost-write that drivel?

Dowd extolls the “achievement” insanely dubbed the Inflation Reduction Act, a pork-laden bill that spends more taxpayer money, expands the IRS and promises some vague “green” initiatives. I think Mayor Pete gets some of that dough as well, but like the senators I haven’t read the entire piece of legislation. Dowd continues, saying that if the Democrats want to “dodge” a Trump comeback or the “odious” Ron DeSantis, they need “a fresh, inspiring candidate.” She says the Dem field is “meh,” but doesn’t take an extra 10 minutes to name three or four “fresh, inspiring” candidates. A dry run would’ve been helpful before re-watching The Rehearsal or texting George Clooney.