Through the Eyes of Goethe

Avoiding media and the internet and finding refuge in Conversations with Goethe. 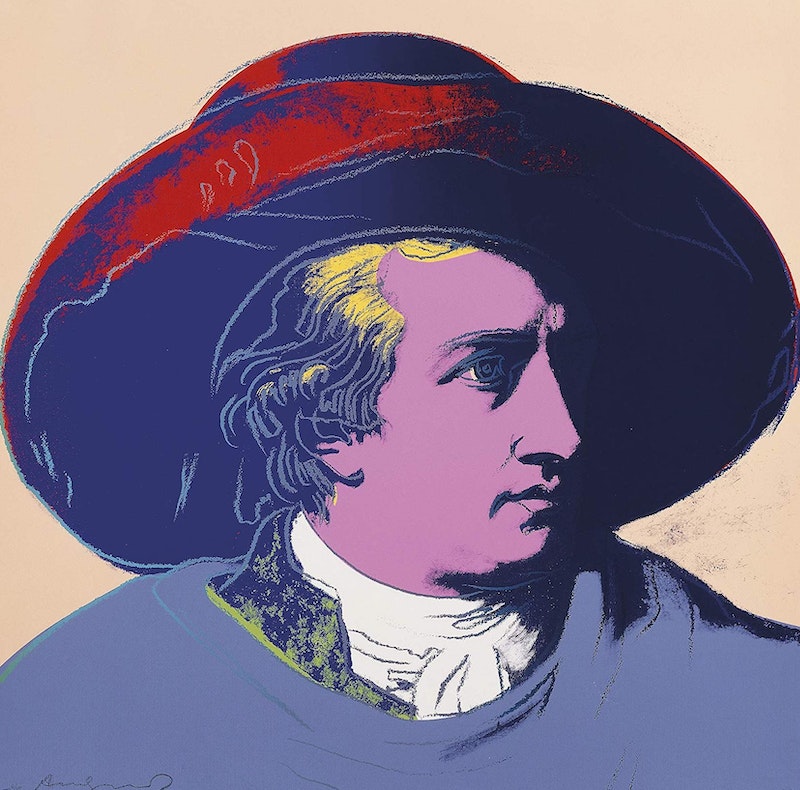 Lately, I’ve actively avoided social media and internet. I’m not as exhausted by the information overload as I used to be, but I’m bored. Even the “breaking news” like Donald Trump’s home in Florida raided by the FBI seems to be gone as quickly as it appeared. The internet forgets nothing, yet the users of it have an incredibly short memory. I understand we’re not elephants, but we’re slowly relinquishing our humanity for the momentary digital pleasure.

My being wants to move outside of the chaos of modern life. I want peace and quiet, preferably without a view of any urban, concrete jungle. I’d like to say that this state of mind only pertains to those of us who live today, but this isn’t true. We see our own failings and mistakes very clearly because we’re living in the present. The mistakes of those who came before us are so distant, and history is measured by important dates but not daily struggles. Those are largely unknown to us.

We purposefully avoid thinking about the failings of the people who’ve come before us. We want to have a memory that’s clean, perfect, and most of all harmonious. This is especially true when such a memory isn’t even a direct memory at all but a loose and distant connection to another epoch. This distance is intense, frightening, and yet beautiful because it allows us to step back from the burden of the present.

In Conversations of Goethe (with Johann Peter Eckermann), Goethe reflects on many things, and one of them is art and time. Eckermann was alone with Goethe (as he often was during these conversations) and was admiring a classical painting when Goethe politely interrupted his contemplation: “Yes, the ancients had not only great intentions, but they carried them into effect. We moderns have also great intentions, but are seldom able to bring them out with such power and freshness as we have thought them.”

Goethe is romanticizing the past, but what if he’s right? What if the trajectory of time has been such that we have been losing the touch with the world and thought for a very long time? Would this mean that what we are experiencing today is both old and new at the same time? What makes an epoch unique? How do we analyze it in a way that doesn’t make us yearn for a time that we haven’t even witnessed?

One of the questions that’s been on my mind is whether we’re experiencing a change in time, a shifting of one epoch into another? It’s difficult to determine because a lot of what we’re seeing is pure simulation. What if, then, we are entering into the age of simulation? This doesn’t bode well for reality.

On another occasion, in his 1817 essay “Stages of Man’s Mind,” Goethe wonders about similar issues that are enveloping us today. One of the signs of destruction is vulgarization and rejection of the past (we see this from everyone who wants to “start from zero” in every aspect of life). Throughout this destructive process, everything good suffers, especially the intellect. The mind doesn’t know which direction to take. Instead, it thinks only of the basic survival, which is what our society has been doing since Covid started. This survival includes everyone—especially, the World Economic Forum’s gang of joyless ideologues, whose plan to overtake the world’s sovereign economies is more mediocre than great.

Goethe writes that such epochs, mired in destruction, can’t last. “Man in his need, stimulated by events in the world, retrogresses and abandons the guidance of the intellect. He intermingles religion, primitive faith and primeval beliefs, he clings to one tradition, then to another… Instead of teaching prudently and exerting influence patiently, he sows herb and weed indiscriminately. There is no point of reference to guide him; everyone claims to be a teacher and leader and presents his perfect folly as a perfect ideal.”

Reading these words is like reading about our current culture. Perhaps nothing has changed, but there’s one very significant point that Goethe alludes to, the difference and a relationship between the sacred and the profane. We’re fallible, and the interplay between the sacred and the profane is part of being human, whether we’re ancients, moderns, or post-everything digital blobs.

However, there’s one thing that does make us different. Today, we don’t recognize or understand the meaning of the sacred and the profane, especially the difference between the two realities. I’m glad we have someone like Goethe as the guide. His thought is an oasis in the intellectual and poetic desert we’re living through today. This may show an attitude of nostalgia or romanticism on my part but I don’t mind. It is the company I’d like to keep.