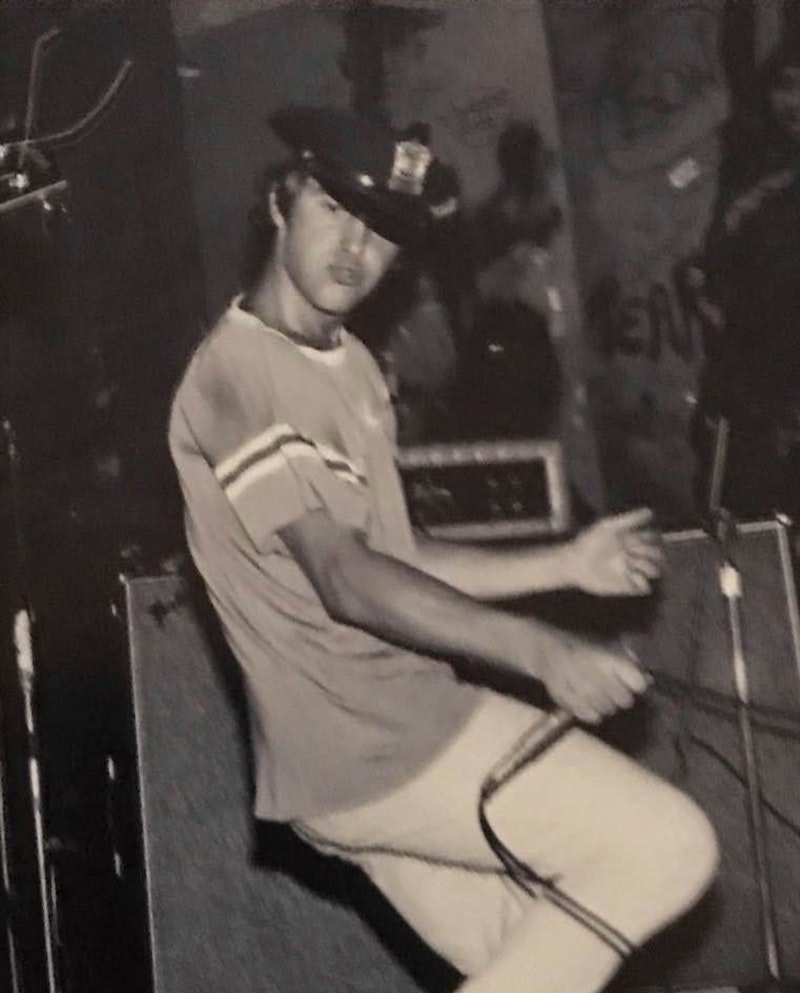 We got punked from the get-go. The idea that punk rock would change the worldview of anything was a joke. We believed we could move the world a millionth of an inch, re-thinking how things work. In any short life, there's little wiggle room for total freedom. At complete odds with the nature of liberty and the uncaring unions of oppression, greed, selfish consumerism and extreme prejudice, beginning with the rejection of conservative views to subversive ideas. Whitewashed brain-numbing culture vultures feed on the latest fad and declare the hypocrisy of preaching religion disguised as politics. There’s money to be made in the counterculture. Music is the language of new ideas. It was a hard way to go, growing up in a backwater burgh like Baltimore or any other urban setting. We looked for ways out of the madness. Social experiments gone haywire and bummed-out experiences turned bad. We don’t come close to the real reasons we’re corkscrewed. Among the half-million words contained in a dictionary are definitions for the word punk.

The most common descriptions are: brat, bad, chintzy, hoodlum, rowdy, prostitute, beginner, gangster, mug, rascal and rookie. Rapscallion, roustabout, ne’er do well, no-good, chump, or pussy. Not to be confused with rebel, renegade, outcast, outsider, loner, or nincompoop. Associated with silly, fool, dummy, ignoramus, or dimwit. A punk is defined by attitude, in-your-face fashion choices and a sense of indifference for the norms of religion based upon socio-economics. Like the hippies and beatniks before them, punks are latter-days malcontent. Punk died a quick death, almost as soon as it was exploited. A few years of hoopla and then it was mainstream commercial crap. But like its predecessors, the spirit lives on.

Punk is a passion for anarchy, apathy, nihilism, and tearing down walls that box in the denizens in Anytown, USA. Usually living with poverty and urban blight. We didn’t believe punk was a movement or lifestyle. It was more a revolt against the mundane, boring, clichés of what passed for music. We hated disco and wanted to destroy it. In the 1970s, punks were always around, resisting the mainstream social structures. An alternative lifestyle unique in substance and theory, it’s difficult to pigeonhole. To be free in a world of mindless automaton slaves. Being a good worker for the management behind the counter. Hiding behind the curtain. The Sex Pistols sell out.

The photo above is of William Moriarty, the lead vocalist for Da Moronics, Baltimore’s first punk band, circa 1976. He looks right at home. The mid-1970s were no worse than other decades through the centuries. I met “Billy Mo” at art school in 1975, and along with other like-minded friends, we made our own scene. There was an overwhelming sense of apathy in the air after Nixon and Vietnam. We shared the disillusionment as a group. It ate away at our treasured institutions and destroyed the psyche of the nation, with patriotic lies and false pride. We weren’t buying into that bullshit.

Da Moronics were stamped and labeled punk rock, but in the thick of it, we were caught in the middle of making art for art’s sake rather than some rock ‘n’roll ideal. The mystique of dangerous uncouth creatures that thumbed their noses at every conventional way of thinking while living in a nation gone sour, we were pissed off. We were disenfranchised, disgusting, and disgusted by the country we called home. America, the land of lunacy and insanity, still to this moment. We didn’t consider ourselves punks. We liked the idea of it. It was fun to be in a band. The only thing I ever joined. But we didn’t realize it until it was done and over.