This “Paleocons-Beat-Off-To-The-Holodomor” Thing is Getting Old 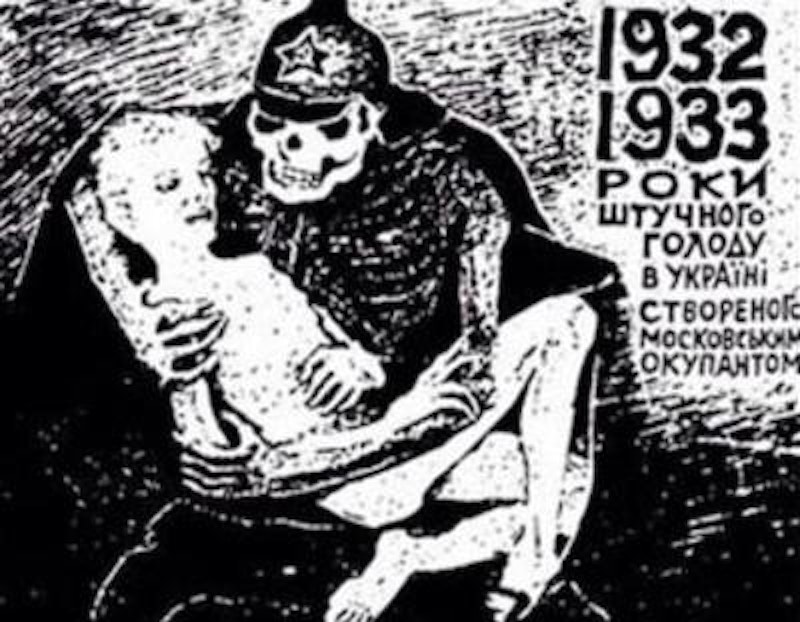 Some of these morons can’t even spell, much less write cogently. A comment some cretin left in my Facebook Messenger stream reads like this: “Do you rub ‘em out to pix of the Ukrainyan famine, scumbag”? Yes, Ukrainyan.

A tweet I received last month, meanwhile, reads: “You Kremlin-worshipping thin-lipped dead-eyed mid-American far-right perverts tug-tug-tug your pudd to dreams of starving kids in Kiev, 1932.” Pudd, this numskull writes, when anyone competent in American English knows that the proper spelling is pud.

(Let’s leave aside the amusing ascription of a single “pudd” to the entire tribe of us “mid-American far-right perverts.” As if all of us have our hands around a single foreskin, and are rubbing it along the shaft of a single giant penis.)

Actually, I’ve only ever met one fellow “heartland WASP paleocon” who expressed satisfaction about the so-called Holodomor, and his position was a nuanced one, of a moral complexity that would confound these crude parodists. Not that they would seriously engage with it.

I suppose that this campaign of provocation that I face has been coordinated by the fascists in the CIA-funded Ukrainian nationalist subculture, or perhaps by B’nai B’rith.

The marriage of Russian-hating convenience, by the way, between the Ukrainian national-fascists and Organized Neocon Jewry is a fascinating phenomenon. I’d hope that silver-tongued dandy Greg Djerejian, the wittiest writer we paleocons have, our nightingale, would turn his pen to the terms and logic of this Satanic fascist/Zionist marriage, shedding light into the fetid dark inhuman corners where the unclean termites seethe.

I’d expected to dislike Daughter’s boarding school, on the basis that it was another elite cosmopolitan institution, dedicated to spreading the values of our international ruling class, those prophets of neo-liberal economics and sexual immorality. But the place made a good impression on me, to my surprise. It struck me as a place of serious (if secular) learning, one that takes its 19th-century “muscular Protestant” educational mission seriously.

In fact, given that the place, like so many private schools, welcomes expert amateurs to its ranks of teachers, I’ve been asking myself: Is there something that I could teach at the school? Would the school welcome an “enlightened amateur” like me?

There’s much that I’ve long wanted to teach. Theory and Praxis of the Benedict Option is a course that would represent “low-hanging fruit” for a pedagogue like me. But I could also offer a lecture series in Martyrdom Literature of the Late Romanov Dynasty, or in Russian Orthodox Apologetics, or in Traditionalist Christian Sexual Anthropology, or in the Imminent American Socio-Political Apocalypse.

I know a little something about organic farming, too, and the school maintains its own sizeable organic gardens. They partially provision the school’s kitchens.

Questions remain, however. Do I want to make the two-hour commute to the school? There’s also the matter of the teachers’ dress code. I haven’t worn a tie for years. Extra-trim khaki shorts, leather sandals well-tooled by the craftsmen monks of the Abbey of St. Anastasius outside Terre Haute, utility knife fastened to my belt, the brimmed anti-sun hat that I bought 30-odd years ago from TravelSmith on my head—that’s the uniform in which Professor Harris feels most comfortable. Would it pass muster at Daughter’s school?

I also think a lot about the seductive arena of teaching. There is, as philosophers starting with Plato have known, something deeply sexual about teaching the young. Am I ready, as a man and as a Russian Orthodox Christian, to become (inevitably) the target of my underage female students’ cathected sexual energy?