RQ struggles with depression and anxiety alone in his barn. 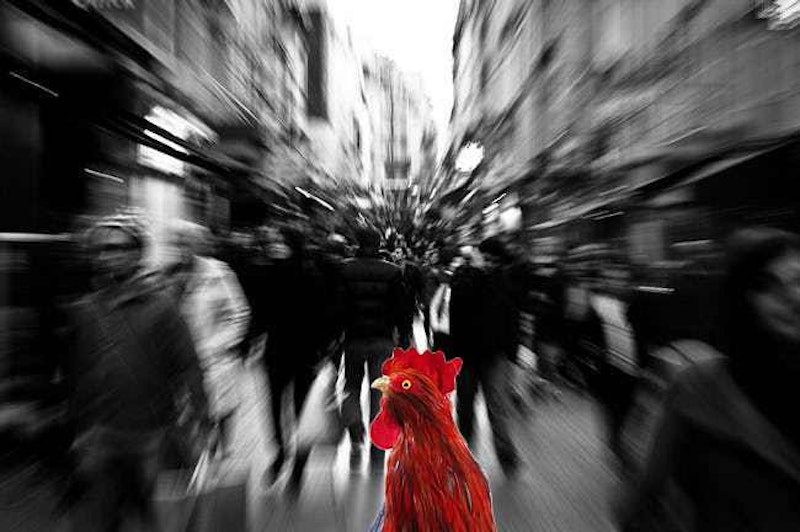 A tip from an anonymous source tells me that I’m being surveilled. Not watched, mind you, or followed—simply “surveilled.” I’ve looked up the word in every dictionary I can find and still can’t tell if my source is a double agent trying to trip me up. Too many noises coming from inside the walls, voices that travel and whisper about all the no-good you’re up to, questionable timing of looks and movements in public.

I’m simultaneously extremely depressed and extremely anxious because I have no idea what’s going on. I just have this feeling in the pit of my stomach and tingling in my hackle that I’m about to be pounced on. I just wish I could know. This isn’t something you can talk to anyone about either, because of course you sound crazy. I’m not getting into every specific in this column precisely for this reason. If I spelled out every intrusive and paranoid thought I had I’d be locked up and laughed at quicker than three shakes of a lamb’s genitalia. I don’t know why I would be surveilled and yet it’s still driving me absolutely insane.

I haven’t heard from Monica in over a month. I think I’ve finally moved on. Life’s a bitch and then you die, but I’m done getting high, because I honestly cannot deal with even the slightest elevation of my reality right now. Monica is happy I hope and I’m doing the best to manage myself. Bennington… he’s the only one who’s remained the same, somehow. Still reckless, still getting into fights, dangerous situations, dubious partners and “friends” that use him and bleed him dry.

I suppose he still has the energy for that kind of lifestyle but I just don’t. I thought living alone isolated from society would ameliorate my mental health issues but it’s only exacerbated my symptoms. I have intense agoraphobia now and yesterday I was so depressed I could hardly walk. I couldn’t perform the most basic functions and wanted to die every second I was awake.

But it comes in waves. I feel it worst in the afternoon for some reason—maybe it’s because I have to go to the farmer’s market and the grocery store once or twice a week, and that sidelines me for at least two days before and after. I’m wrought with intense stomach cramps and panic attacks, and a few times it’s gotten so bad I’ve convinced myself I can get by without eating anything.

At a certain point, usually after 10 in the evening, the fugue lifts and I’m comparatively weightless as I prepare for the sweet void of sleep. But then it’ll start again the next day, and all it needs is a trigger to get going. I’m not sure what to do because thoroughly isolating myself has left little in the way of social options, not that I’d be interested in anything other than a one-on-one conversation. I feel like my vision is blurring and I just… I’ve lost control of the manic energy that allowed me to create and speak to you here.

It’s gotten out of hand and now my brain’s betraying me. I don’t have anything else to say. I know this is a sad update but a necessary one, and also a promise that as bad as things are now, I will not give up. I’ll be strong someday. A giant step each day.