They Are Somewhere Else, Doing Other Things 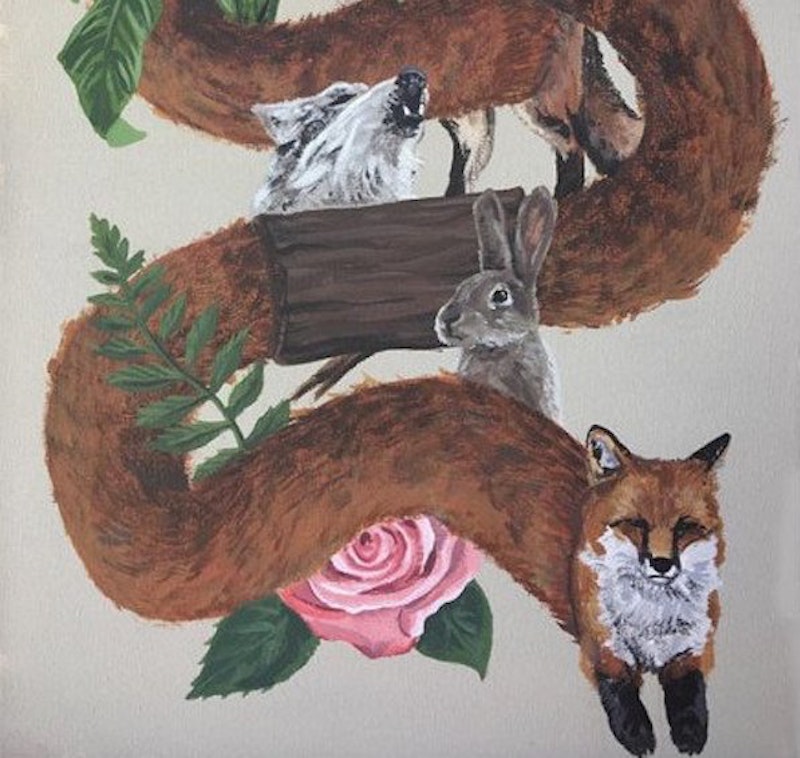 Noah Cicero's new book of poems, Nature Documentary, begins with an introduction about nature, the importance of temporarily leaving society and stalking mountains in the desert and sleeping in the woods and hiking and climbing tall trees, all stuff that I can’t stand. Cicero grew up in Northern Ohio and was surrounded by forests and frequently went exploring like most kids do: in the introduction, titled “Some Shit about a Wet Coyote,” he writes about going for long walks where he saw beavers, possums, raccoons, white-tailed deer, rabbits, and snapping turtles; it may be common but I think it’s a lucky break to grow up immersed in an environment that our bodies are naturally attuned to and give us genuine organic pleasure and satisfaction.

But it doesn’t take any of that to recognize that animals are smarter than us, living lives unaffected by industry and bright lights and chemical tricks. Cicero ends his introduction with a brief story about a coyote: “The other day, after a rainstorm, I saw a coyote emerge from the desert and walk into a parking lot. The coyote walked over to a little area where the rainwater had collected. My friend and I watched the coyote walk with purpose and meaning to the water. We watched the coyote just stand there, in water up to its little knees. The coyote had found what the coyote was looking for.” It’s true—as Twitter user @sadgirlkms put it just the other day, “animals just sit in the woods and scream “I WANT TO FUCK!!!!” and thats just their culture.” They have places to go and things to do and lives to lead, with little time to dwell.

Nature Documentary is a short and sparse book, a birds-eye view of stagnant human life, vaguely autobiographical stories, and straight-up diary entry admissions like “I Gave $30 to the Person I Hate the Most.” Cicero addresses “Deb Poland,” someone who “undermined [his] relationship with Eyebrows,” and how he held onto that hate for years, after everyone had moved far away from each other. And then on Facebook, he learns that Deb Poland was hit by a car and dragged 2000 feet, “the skin of her back ripped off” and muscles and bone showing. I don’t think it’s a unique phenomenon now to hear of people you hate dying or getting into horrible accidents like that via Facebook, and then to endure the Kickstarters and GoFundMe’s where people send hearts, hugs, emojis and sometimes money to the brutally maimed. “Life has given you one huge fucking problem, Deb Poland./Here’s $30 to your GoFundMe./I am praying for you.”

Resentment and resolve recur in a long poem about Cicero’s father, a man who never loved or cared for him and did nothing for his kids. Cicero revels in all that he’s accomplished on his own, how “what you didn’t do got me there,” teaching in Korea, speaking in Chile, hiking the Colorado Rockies and being a prolific published author. But these are sparse barbs in an otherwise blissful and reassuring book. A lot of the poems in Nature Documentary depict miserable people out of sorts and without direction and stuck in dead ends, but there’s little lingering anger or bitterness when one finishes the book. A poem about exes and bad dates ends with a simple, enlightened statement that reflects the introduction and serves as a sort of mission statement: “The other day/I went on an online date/and the woman asked about exes/and I said, ‘They are somewhere else,/doing other things./That’s all.’”

“The Door” is my favorite poem in here, a brief sketch of three friends in their 30s having dinner. They’re all doing okay—just okay, but they’re managing. George, Raul, and Ramiro have been friends for many years, and they care about each other. Ramiro is ostensibly the most successful of the three—“He has a job. He functions. He pays his bills. He reads one novel a month. He drives a car and exercises at a gym. Ramiro has great biceps”—but George and Raul press him on his romantic life. He hasn’t been in a relationship that lasted longer than two months in over three years, and his friends are concerned for him. He reluctantly admits he’s still waiting for the woman he loved that left him to return, and his friends just put their heads in their hands. “‘You might end up ruining your life, waiting for no one.’/‘Yes,’ Ramiro says,/blankly staring/at the French Press.”

In barely three pages, Cicero evokes the often awkward and uncomfortable emotional navigation in male friendships and how hard many men find expressing themselves and being open with each other (“Buddies. They care about each other”). It’s a remarkable piece in a collection full of awe at nature and imagined scenarios of animals and aquatic life struggling and succeeding on their own natural terms. Cicero’s prose is spartan and clean, yet it evokes so much without ever being saccharine or insincere, or sacrificing the brutal black humor that runs through much of his work. Among young American writers, he’s in rarefied air, tackling universal subjects with the language, attitude, and candor of someone wise beyond his years who still has his feet firmly on the ground.