Writing With My Mouth 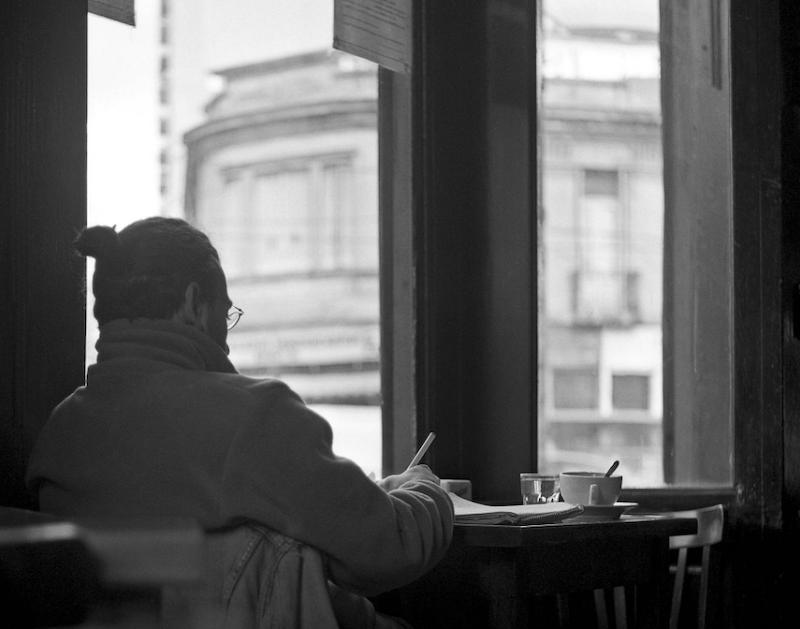 When young, I spent a lot of time trying to believe I was a writer. The belief never took and it shouldn’t have, since I didn’t write. Instead I looked for signs of my destiny. I developed mental tics meant to reassure myself. Surely, I said, I had the necessary traits? Why, last week when I saw... and I would think of a movie where I’d noticed the same actor that The New Yorker review mentioned. It was a grubby business, this search. On the other hand, it wasn’t urgent. I didn’t feel my being teeter when a decision went against me. In high school, yes. When I was 16 and read Pale Fire, I never guessed what was up with the poem; then I learned that something tricky and key was involved there, and winter hit my soul. The whole point of the book had taken place behind my back. I’d read the thing and never thought to turn around. Was I a writer? I asked myself, sprawled on the side in my room. No, would have been a sensible answer. Because you don’t write.

In my 20s and 30s, I reacted more quietly to setbacks in my search, and spent less time on it as the years passed. But the vestige remained, and I doubt that it’s gone even now. I’ve spent the great majority of my life involved in this mental fidget. To me the effects look poor. I know that other people have their show reels of the things they never should’ve said, the moments they put egg on their face. Me too, and most of them happened because I was trying to be a writer with my mouth. I had to convince myself that I saw more clearly than the next person, or that I thought more originally or phrased things with greater accuracy and vim. Accordingly, I’d pull a conversation awry and belt out some combination of words intended to magic up my life. You know what I mean. I said something special.

I wish I’d been writing. I would’ve been better if I hadn’t spent so much time lying to myself. Admittedly, many writers of note had or have big mouths. But I know how my life feels, for what that’s worth, and it feels like I chickened out and then overcompensated. Perhaps Ernest Hemingway and Ralph Ellison, in writing, were themselves dodging some other challenge, and their pages would have been better (Hemingway) or more frequent (Ellison) if the fellows had faced up to things. I bet the social gatherings they attended would’ve been more pleasant, and that counts for a lot.

What I needed in life was some motive aside from the need to be special. I never found one, and now that my old motive is much reduced, I stay in bed and look at library books. But it’s been a while since I said anything stupid, and that makes me feel better.