A peek into the past and a troubling present from Rooster’s wife. 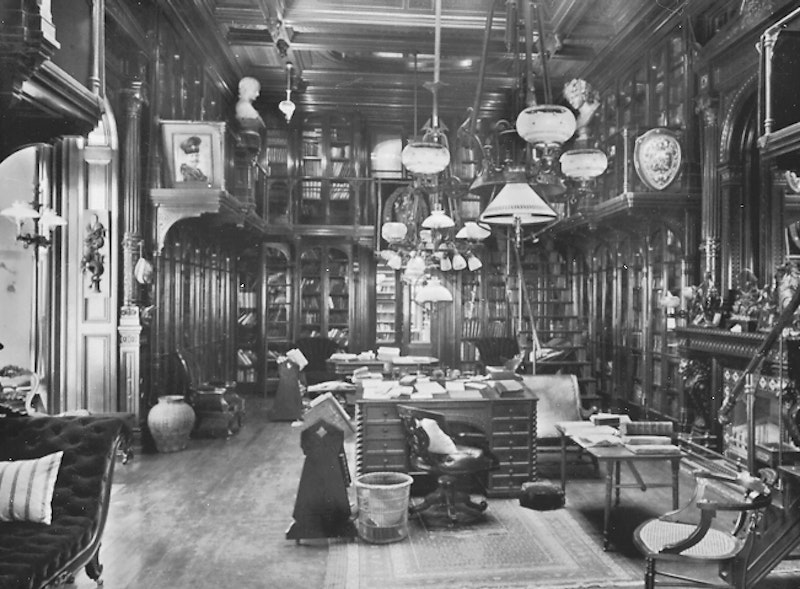 I’m worried about my husband. He’s been watching too many movies lately. Weird movies, bizarre movies… movies in other languages, movies with trauma, movies about Spanish goats and French donkeys (and they do math!). He’s been watching all this stuff up in the attic and smoking pipe and wheat, walking around the house looking unkempt and muttering to himself “I think the British are coming, dude…”

The other day I had to force him to take a bath and he went into a 1,000-yard stare, shell-shocked from something (surely not Guantanamo still?… it’s been nearly two years). I was cleaning his feathers because he wouldn’t move and wouldn’t stop talking about wanting to go to “sexually perverse photography exhibits involving tennis racquets.” He’s sleeping now so I’m using his typewriter to send this message to you. I’m in a bad way, too. I can’t stop reading books.

When I just a chick, my mother discouraged me from reading. She said it would make me dumb and ugly, that no roosters would ever find my hackle fetching or my claws worth cleaning. She was projecting obviously, because believe me you’ve never seen an uglier bird. Oh my god, what a bitch.

So I read in the corner of our coop under a bale of hay. First it was pamphlets, then loose-leaf manuscripts, then polemics and eventually hardcover books I stole from the library in London. After I left home, I lived in that moldy dank library for five years. I didn’t do much else other than read. The book that has stuck with me the most is Charlotte Brontë’s Jane Eyre, which I’ve just recently started re-reading because I don’t remember a thing about it. I’m about 50 pages in, and I’m beginning to realize why I don’t remember it. This is my life story. This is what I had escaped. Somehow I’d incorporated it into my consciousness so fully that any knowledge of the novel was eliminated with my own biography… so to help my husband, I’ve decided to become reacquainted with my own trauma.

“I think the British are coming, dude.” He won’t stop! You should see him at night: listening to podcasts, eating cinnamon buns, trying to get Isabelle Huppert’s number from Bennington (ugh). And he hasn’t been writing as much… I’ll admit, many of his recent columns have benefitted from my help. Our friends and neighbors are concerned.

Rooster isn’t depressed, he’s just off, and he won’t talk in anything but catchphrases and jokes. I’m not very humor conversant, I’m just nice, so now I’m learning to be funny so I can communicate with my dear Roo. He seems to go into periodic bouts of depression and mania, almost on a polarity scale… frustratingly, there isn’t a name for this disorder, and it’s very troubling. I have to make sure he’s bathed and sleeping enough, but he’s pissing clean, so it’s not recreational drug use. I think it’s a chemical imbalance in his brain, and it might be time to visit my uncle the psychiatrist, but Rooster would never go willingly. I’m on Twitter now, so feel free to send me any suggestions if you’ve too dealt with a mentally unstable loved one. I know this article didn’t pass the Bechdel Test, but I wrote it, so fuck you. I love my Rooster.