Man the Speck, Who Is He?

About a bad headline I wrote. 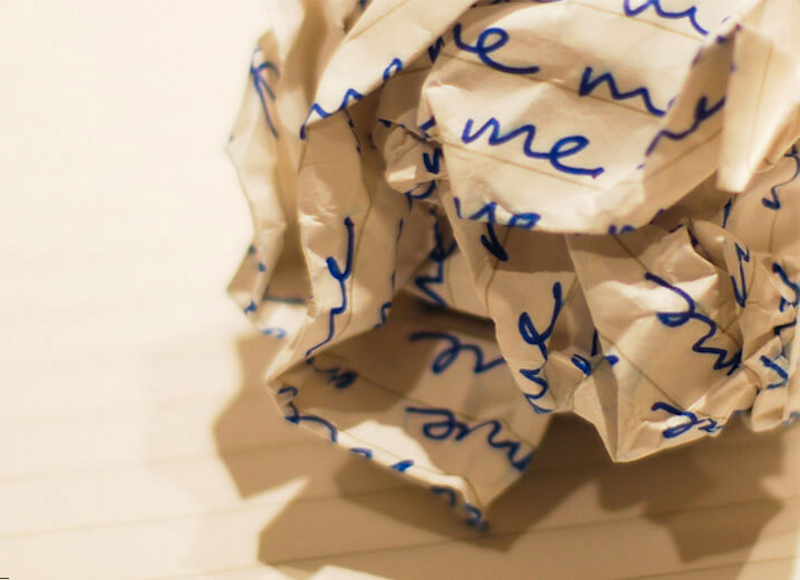 “History’s Vast Page and Man the Speck” strikes me as a groaner of a title. The pomposity is all right, I suppose. I was reflecting on a reverie from my teenage years, so what the hell. But the clumsiness hurts. “Man the Speck”? Sure, “man the speck” means tiny us depicted against the backdrop of everything else. It doesn’t mean “Man the Speck,” as in the fractured, off-kilter nickname of a character in a Harlan Ellison anthology, or “man the speck,” as in get on board that speck and make sure it has a crew. Those readings would be absurd. But I find that they’re not absent. In the second half of “History’s Vast Page and Man the Speck,” the words don’t snap together as they should. Shimmy occurs, ghost meanings are caught sight of.

Why? Well, we don’t live in a stentorian TV show about astronomy, so the phrase’s real meaning is a bit out of the way. Further, the headline lacks a verb, and verbs create context. Without one, we’ve got a pair of three-word clichés mounted like a display. The second of them, beset by ghost meanings, feels like verbal static. I don’t say that “man the speck” is gibberish. I say that you have to remind yourself that it isn’t, that it makes sense. Typically a phrase has to be repeated 10 or 15 times before it sounds as off-planet as this phrase sounds here.

Worse, the rhythm of “man the speck” suffers from a bad case of Camembert-itis. Earl Camembert was an idiot newscaster played by Harold Levy, and he would clamp his lips together and hunch his shoulders as he painfully advanced from one syllable to another. He didn’t pause between syllables, or not unduly; his trick was to overform his sounds, apparently out of fear of getting them wrong. Any combination of words affected him this way, notably “And-this-is-Earl-Cam-embert.” A phrase suffers from Camembert-itis when it causes normal people to proceed in a Camembert manner. 30 Rock created an extreme specimen in Rural Juror, a Jenna Mulroney legal thriller whose title reduces the mouth to a puckered blowhole. Once, writing fiction, I thought up another example. This was Unquiet River, the title of a conscience-stricken cowboy movie from the 1950s. I wanted the title to have an “oh gawd” feel, and boy, did it.

Now there’s “man the speck,” and it’s a Camembert. The mouth has to go slow to get the thing out, and the slowness doesn’t come from weight, just inconvenience. “Man the killer” might work or “man the mother,” but saying “man the speck” is like making the base of the throat handle luggage. This mouth-purser of a phrase follows hard on something stately and open, if wearisome: “history’s vast page.” A pair of comfortable vowel-consonant pairings (“vast page”) are followed by “man,” a word that makes the tongue do a split—rushing from the mouth’s rear to the mouth’s forward part—when wrapping up the vowel and getting the consonant started. This mismatch between “vast page” and “man” creates a gulf at the center of my headline. The speaker of “History’s Vast Page and Man the Speck” must gather much enthusiasm before relaunching for the second part of the title. A particular intonation may also be needed, for the sake of sounding natural. The speaker will have to work hard to find it, though I don’t recommend doing so.

This second hitch, the mid-phrase relaunch, is what I call a Henrietta. In the same story where I had a ponderous liberal Western, I also had a big-budget 1960s flop musical about suffragettes and World War I pilots. This was called Audacity, Henrietta! The title’s key flaw is that it can’t be said at one go. You have to stop halfway through and then make a new beginning, and what tone can you manufacture that will render this stop-and-start normal-sounding and not stilted? Confronted with the title, a character reflected that it might be the worst he’d ever heard. Now I’ve made a Henrietta that contains a Camembert. Not only that, but the Camembert is the second part. The title’s Henrietta aspect forces the mouth to gather itself for a relaunch, and this relaunch is straight into the Camembert. “History’s Vast Page and Man the Speck.” It isn’t beautiful, but it is kind of perfect.