There’s a Name I Know

“Hey, you should listen to this cool podcast! What? You co-host it! Whoa!” 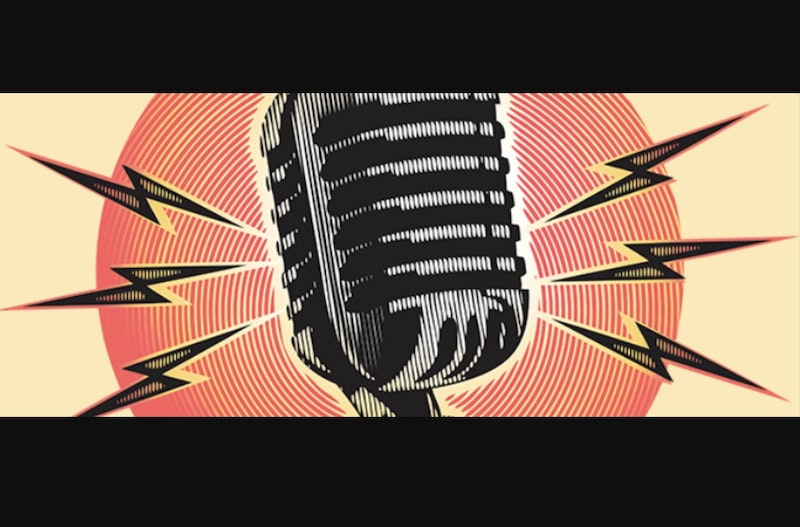 Publishing your innermost thoughts, my grad school advisor assured me, would guarantee that they passed into oblivion without notice. Selling those untimely thoughts for money, either under my byline or someone else’s, has proven more lucrative than I could’ve imagined. But how, after nearly two decades of doing this work, have I managed to remain completely anonymous, a name far from the tips of all these forked and silver hot take tongues?

Oh sure, skilled editors who value quick turnarounds won’t forget my name. And my bosses in marketing and research know I deliver the goods, such as those goods might be. The rest of it remains a mystery—nothing worthy of Hoke Moseley much less Hercule Poirot, but a head-scratcher all the same.

Part of this, I assume, is the nature of creative work. At the highest remove, nobody knows who anyone is, and everyone who ever was has faded away and been forgotten. That’s the nature of the content game, the unkind process of elimination that prompted Truman Capote to remark that Gore Vidal had developed a posthumous reputation during Vidal’s own lifetime.

Some people cling desperately to a belief in their significance. They’re always reminding you that they’re writers and thinkers of note, that they’re offering the best thoughts and the best reasons. This too, I suppose, is the nature of life, and “always has been,” per the ubiquitous “Ohio moon meme.” Olives as well as philosophy were peddled in the agora, but neither product guaranteed immortality and only one of them sustained life.

My big secret, insofar as I harbor any secrets great or small, is that I don’t care about any of that crap. My parents spent my youth removing any sense of self-importance I might’ve possessed, and I’ve lacked the desire during adulthood to reclaim it. Instead, I worry about something more important: the material well-being of myself and my family. That’s the starting and ending point of my work.

Others may say, “Well, what about [insert subject or cause]?” Yes, what about that? It’s probably interesting, and I might give it a passing thought when I’m not engaged in the white-collar equivalent of hewing wood and drawing water. If I happen to discuss that subject or cause on the podcast I co-host, my analysis might lean on years of study that I don’t care to discuss otherwise. But the song remains the same: even when I’m pontificating, I’m doing it behind a paywall, working for me and mine.

My concern about virtual anonymity stems not from the fact that it limits exposure—all things being equal, I’d prefer to minimize exposure—but rather that it imposes a ceiling on profitability. I could do more, it seems, if my name rang out loudly enough that fair-weather acquaintances would cease sending me my own articles or podcast episode clips as objects for future investigation.

“Guess someone beat you to this wrestling obituary,” one person might write. “Nope, click the link—it’s me!” is how I respond, blithely and matter-of-factly. And in the 15 months I’ve spent co-hosting What’s Left?, I've been told a half-dozen times that it’s a show I’d appreciate, a show that would speak to me. It most certainly would, since I speak on the show.

Again, this isn’t all that unusual—only the most delusional among us believe that people will remember anything about them aside from a few superficial factoids about how they fell down a flight of steps or shat their pants on the bus or something along those lines. What’s fascinating here is that, at least with regard to the few factoids people do remember about me, I remain out of cite, a stranger to my own work.

It goes something like this: acquaintances know I have subject-matter expertise in a handful of obscure fields. Because these fields of expertise are so narrow, there’s a better-than-average chance that the work their careless, casual browsing unearths will be my own. And because I keep publishing in these fields, more of this work will appear, serving as buried treasure for future social media scrolling and keyword searching.

If it keeps happening like that, I’m fine with it. Even if I weren’t, what could I do? Some things are up to me, like the act of generating all that content, and some things aren’t up to me, like ensuring that this content is associated with my eminently forgettable name.

This anonymity, desirable as it may be in many respects, limits my creative upside potential. I do respectable work, and I ought to have an incentive to do more of it while I’m in my prime. The same goes for, say, a prize fighter with superlative technique. It’d be a shame if that fighter’s best years were lost to injuries and bad management—a steep cost to their own pocketbook and to the viewers who appreciate skillful demonstrations of the “sweet science.”

This happens more than it doesn’t, to fighters and to everyone else. Shawn Jordan, a stocky former LSU fullback and one of the heaviest-handed mixed martial artists of the 2010s, now sits on the sidelines, absent from the fight business. Meanwhile, Derrick Lewis, a man he beat into a fine paste with his heavy hands, will fight Cyril Gane for the UFC interim heavyweight title. Lewis boasts millions of followers on Instagram while Jordan responds politely to me and my acquaintances on Twitter.

So it goes, such is life. In much the same way, Oliver Bateman, or perhaps Oliver Bateman’s ghost, will leave behind no school of thought, no line of prêt-à-porter hot takes, no snappy answers to stupid questions. The work will linger until the sites hosting it close down, but what of that? Those who know the work can easily dismiss it, as my handful of critics do, by saying that it is “crudely transactional,” that Bateman is merely a “professional writer,” that the content is “filler.”

And I won’t deny any of those claims, because they’re all true. But they’re also meaningless. What’s the act of life itself besides a whole lot of wasting time, squandered in the preparation of votive offerings of ceremonial filler to the gods of the marketplace and the gods of the copybook headings? Of course I produce filler and of course I’m paid for it.

What lingers after the rat races have been run, after all is said and done, is precious little. By which I mean my daughter, who is, as I write this, both precious and little. I can’t protect her forever, or perhaps even for very long, but I can care for her while my body is strong and my mind is sharp. I can tell her, as I will tell anyone else willing to listen, that she must remain strong in a world that valorizes weakness, that adduces weakness as evidence of strength.

The weak, fearful, and insecure want us to regard their vices as virtues, and to what end? The most obvious end, of course: the end of life as we know it, a smooth descent from planned obsolescence into oblivion... and will the last kid still alive please remember to shut the lights off, to save energy (if it’s not too much trouble, that is)?

I suppose I could tell you to read Gramsci or Agamben or Althusser or anyone else whose works I’ve skimmed in the course of doing the work, wondering all the while how fruitless it’d be to read their collected works, much less to have written them! No, I won’t tell you that. I won’t tell you anything except what I tell my nearest and dearest, advice which doesn’t sound like much yet amounts to the hardest labor in the world, harder than cleaning the Augean stables or purloining the golden apples of the Hesperides. Harder, even, than trying to get a passel of colleagues to stop unthinkingly choosing “reply all” on their emails.

Bear up under the unbearable, as Heracles did when he held high the heavens while Atlas retrieved those golden apples. Shoulder that impossible burden, supporting the firmament of this superheating universe that eventually grinds everyone to the finest stardust—because you can, because you must. And you needn’t associate this exhortation with Oliver Bateman, Oliver Bateman’s ghost, Oscar Berkman, Ohvuh Bimmin, or any of the rest, so long as it enables you to keep that crushing weight from touching a heart that should remain forever light.