Down At the Old Watering Hole

Being an asshole is not against the law yet, but it could lead to a jail cell. 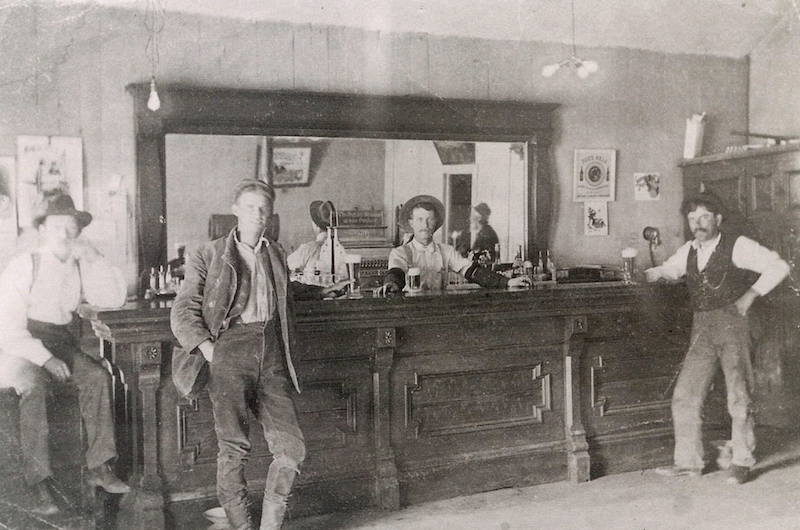 What the hell does "You can lead a horse to water, but you can't make them drink" mean? I reckon it's similar to another old saying, "Like putting the horse before the cart." But that's a horse of a different color. The phrase "watering hole" gained widespread use in the 1960s. It pertained to cozy cocktail lounges and swank nightclubs where folks could gather and mingle over drinks. They were high-class establishments wherever particular people congregated.

My favorite haunts were the small neighborhood taverns. I'm sure "watering hole" was a common saying in the Wild West days, but it's all folklore now, like finding an oasis that fits your lifestyle. I’ve said meet me down at the old watering hole. The person I invited knew what it meant. It's a given when you're a regular at bars. Hanging in saloons is unacceptable in today's cancel-culture environment. With no-smoking bans in effect everywhere, even before social distancing restrictions, it took all the fun out of it.

Public intoxication is frowned upon, and then there's the current high price of alcohol. You can't sit in a bar with as little as $20 to spend for all-day and night imbibing. Frequenting bars is now deemed socially deviant behavior. The hours in a dimly lit, smoke-filled barroom are a less desirable approach to extinction in the new woke generation. Some of my best times were hanging out in just those very sketchy places. There were some not-so-good times too.

Many of the joints I sought sanctuary in are now merely fond memories. A night of indiscretions might land you behind bars. I know firsthand the drunk tanks of the infamous recently demolished Baltimore City Jail were no picnic. Being an asshole is not against the law yet, but it could lead to a jail cell. Bar brawls and drunk driving are not talents of pride or significant accomplishments. I’ve no regrets except for the fact that way of life no longer exists. I'm sure there are still a few diehard joints to go toss back a few shots and nurse a beer, but it’ll never be the same. There are still a few small-town taverns, Moose lodges, VFW halls, and the like where you can smoke, but they’re increasingly rare.

I remember it like yesterday because it was yesterday, today, and the day after. A long procession of linear time stands still seated at the bar. The great equalizer, letting our guard down. Let it all hang out. Time has no meaning and passes like gas. The good old days appear as dreamy vignettes in today's fear culture. Everyone is too sensitive, afraid to step on toes. Scared of our shadows, we hide behind a polite mask of propriety and etiquette. There are consequences for every action as we muddle through years of indecision. Choices dwindle to a precious few as age adds up old habits, immoral conduct, and stale routines.

Originally the watering hole was a body of freshwater where critters went to quench their thirst. There are other meanings too. A modern definition pertains to a computer virus attack that sucks information from website data. Even more bizarre, another take is in the urban dictionary. Going to the watering hole is gay slang for licking another's butt.

At the bar, many partake more than enough, but that's their business. Some people's emptiness can never fill their void. They can kick or lick their butts. We've become so uptight and rigid in ways I can't fathom. In essence, people can do whatever they want. If it feels good, do it. I concur. Please don't meddle in others' affairs. Don't hurt anyone or anything while going for it. To care more about everything around us and forget what we can't control. In times past people shared more, and all appeared right with the world.