"Mrs. Gravey is here for her annual." 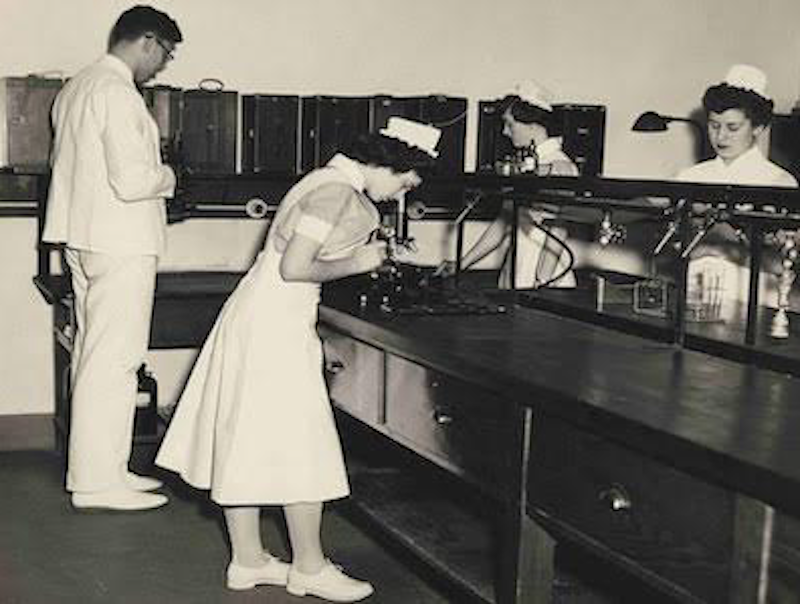 "Well, I am not going to hand you soft soap. I do not peddle soft soap. Audrey, in layman's terms, you broke your back and will never be able to walk again. The exception, possible exception, if you diligently apply yourself to therapy, you may be able to walk with crutches. Most likely, the best you can do is a wheelchair. A nurse will orient you with that."

Doc Bok's face was grim as he gripped his black bag and stood, casting a shadow over the doomed woman. "Now, do not turn on the water works. Crying will accomplish nothing. I hate to be the bearer of such bad tidings, but there you have it, two cents plain. If you want a candy coating? That's not my game. How you move forward from here is entirely up to you. Fortune favors the brave." He scrunched his clipped mustache to one side and added, "Self-pity will get you nowhere. In the meantime, the staff here is excellent. And the food ain't bad! Maybe not gourmet, but the cooks do a fine job. Often I enjoy a lunch in the cafeteria. Some say it's the best restaurant in Prentice!" With that he was out the door. Audrey, propped to a sitting position in her hospital bed, stared at the far wall, the sight of it blurred by tears of fury.

As Dr. Johannes Bok exited, he met Alexis in the hallway. "Too bad about Audrey. Rough road ahead, I'm afraid," he said with a polite nod to her beauty and station. Down the stairs to the lobby Bok thought, "I wouldn't mind being married to Alexis Prentice, boy!" Then he thought of his wife, the warden, old hatchet-face, and he shuddered. There was a reason he spent a lot of time playing poker at the American Legion. Johannes comforted himself with the thought his wife's inheritance brought an awful lot to the table, allowed them to live in a splendor that would be denied them on his salary alone. An exquisitely restored Victorian situated on 20 acres in the countryside was nothing to scoff at. Yet, what a price to pay. Hand kneading forehead, he wondered if he could dose her with a poison, or push her off a cliff, and not be suspected. If he had the house and all the dough to himself? The life of Riley!

Driving home, Johannes weighed things. "Ed Brady's a pal. He probably wouldn't pursue a deep investigation. If nothing else, he shuns paperwork, likes to punch the clock at five." Pulling to a stop sign near Didymus Prentice Junior College, Johannes eyed the sweater-and-skirt clad co-eds, books clutched to young bosoms, a bounce to their penny-loafer steps. "Man, oh man, oh Manischewitz, what a bunch of good-looking girls!  What I wouldn't give to..." A rude honk from the car behind brought Johannes to his senses and he lurched the Lark forward and poked along to his office. Not much to look forward to there. Mildred had the final say on who he hired as secretary. So he was stuck with Mrs. Olsted, or as Johannes thought of her, picklepuss.

They were childless, Johannes and Mildred Bok. So if he were to, say, be the only one in their house, he'd be carefree and wealthy, no one to tell him how he could spend the loot. He could buy a Jaguar! Balding and 46, he was painfully aware that he couldn't bag a honey; he wasn't a Hollywood Adonis. But he'd have plenty of cash to toss around a fancy bordello in Chicago, pink champagne flowing like the River Jordan. When he got to the office, Johannes phoned Mildred. "Say, I was thinking, this weekend, why don't we go on a picnic? You know, pack a little lunch and hike up Bald Mountain? We could have a nice little picnic on the mountaintop!" He thought of looking to each side, no one around, and heaving the albatross off the cliff to the rocks below. "Supposed to be nice and sunny on Saturday! Well, why not? We never go out, never get some fresh air and sunshine! Best medicine there is! Oh, okay. I just thought..." He slammed the phone down, tapped a fist to puckered lips. His desktop intercom squawked, "Bzzzzzt!" He pressed down a tab and heard picklepuss sing-song, "Mrs. Gravey is here for her annual."

"Send her in," he replied, his stomach flip-flopping at the thought of seeing the fat old sow undressed, whining about this dull ache and that sharp pain, turning a thigh to reveal how far out of bounds varicose veins had marched in the annum.

After the disgusting nuisance departed, Johannes unlocked a desk drawer and retrieved a copy of Playboy, thumbed through it, ogling the pink breasts and bottoms, the come-hither sapphire eyes, the cascading manes of brass and ginger. He cursed his fate, thought back to his wedding night, lo those decades ago. "Get your grubby paws off me, Johannes Bok! I am your bride; I am not your toy! Good night!"

Pondering a road to freedom, he picked up a book from his shelf, a medical encyclopedia of poisons, perusing for colorless, odorless, tasteless, fatal. Then he put the book aside and wondered, "Would Mildred get suspicious if I closed my practice and joined the hospital staff? Some of those nurses look hot to trot, boy!" If it hadn't been for the wartime carousing of Burmese whorehouses, Johannes would still be a virgin. "I've never sampled a white woman. This is unnatural! I know murder is a sin, but surely God would forgive one indiscretion! No man should have to endure this!"

Then his mind wandered to paraplegic Audrey. "Man, if I were on staff, I could slip her a mickey one night and have at her! Gosh, if I were a widower, I could marry her! She's in no position to be too fussy." He licked his lips.

After an early supper of sliced ham, mashed potatoes and canned peas, Johannes and Mildred sat in their parlor, the looming grandfather clock ticking loudly, she mending socks and chattering away about nothing, he reading the Prentice Crier. Johannes cleared his throat, raised his chin and piped up, "Say, how would you feel about me joining the hospital staff?" Before she could get a word in, he lowered his head and quickly added, "I'd have security there!" He tilted his head and nodded, "A nice steady income, benefits..."

Johannes slammed the Lark door shut, fired the ignition, was backing out the drive when a passing motorist leaned on her horn. Out of her Karmann Ghia window the young lady hollered, "Idiot! Wake up," before zipping along.

Johannes backed onto the tarmac, ground the car into gear. He decided to follow that witch home. As she stepped out of her vehicle, he’d sneak behind her, punch her on the back of her head, knocking her out. Then he could drag her by her hair, behind some bushes, or something, and have his way with her. "Hah! I'll show her how to drive! Who the heck does she think she is?" He was almost blind with rage.

Approaching a red light, he allowed another car between them for cover. After the light turned green, he lagged behind her by a half-block or more, but kept her in sight. To his surprise she turned in at the hospital, got out, dressed in nurse white.

"Huh. Well, as long as I am here..." He fantasized wildly about sweet-talking Audrey, working up to holding her moist hand.

He doffed his hat to the front desk attendant, breezed by with, "Here to check on my patient!" Up the stairs and down the hall to Audrey's room in a jiffy. He rapped on her door. No answer. He opened it slowly, found her snoring. A check of her record showed that she'd been administered a heavy sedative about 10 minutes ago. "Oh boy, oh boy! He closed the door, wedged a chair under the doorknob.

Driving home he had to admit that he hadn't actually enjoyed himself, it had been too fraught, sweaty, furtive, speedy. But the deed was done! And no one would be the wiser. "Who knows? Maybe I gave the old gal a happy dream," he chuckled. But he wasn't laughing when he entered the parlor and beheld his scowling battle-axe.

"Where have you been! And do not lie! Do not tell me the Legion! I called! You were not there," Mildred bellowed with a triumphant and frosty smile. She put her sewing down and stood, shaking a fist. "I'll bet you went to the hospital! I'll bet you went to visit that cripple! I'll bet you had relations with her! Well, I'll fix your hash, Johannes Bok!" She made a beeline to the black hallway phone, picked up the receiver, began to dial. "I'll have Dr. Smite examine her privates for semen!" She turned her back to Johannes, continued dialing, then said, "Yash! I would like to..."

A table lamp raised high above his head with both hands, Mr. Bok brought the base down, with all of his might, on Mrs. Bok's head. She slumped to the floor, for once wordless. He hit her head again and again and again with the blunt instrument. He didn't stop until his arms were too weak to carry on. He was gasping for breath, laughing, giddy, lit. He felt as if he'd dropped a slug into a slot machine was it was vomiting a torrent of shiny silver dollars.