If You Must Write a Book, This Will Make it Better

You might think it’s rude that I’d feel discomfort in response to someone else expressing their dream of authorship. 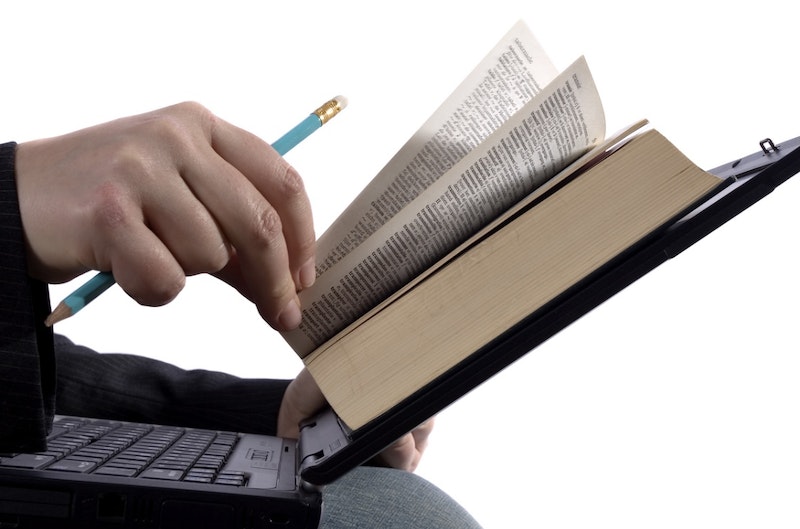 I’ve aided four different famous professional wrestlers with the writing of their autobiographies. This is a fact that frequently leaks out when I meet people at parties. I don’t consider it first-rate bragging material, but often cite it because it’s the lowest-hanging fruit I can grasp at to support the assertion that I'm legitimately a professional writer, and there’s an Amazon page supporting my claim.

“Co-author,” is my usual correction.

It’s not an anodyne distinction, either. There’s a clear difference between someone who structures another person’s story to make it more narratively tolerable and suitable for publication, and someone who puts pen to page (or fingers to keyboard) and sets out to promulgate their own original literary work.

From there, we’ll usually chat vaguely about some potential topics for the book they’re thinking about producing, and I’ll usually do my best not to outwardly reflect the malaise I often feel from engaging in these sorts of discussions. You might think it’s rude that I’d feel discomfort in response to someone else expressing their dream of authorship. You might find it similarly rude to selectively withhold the title of “author” from so many people who have claimed it for themselves, notwithstanding the fact that I’ve refused to adopt the title for myself despite the vital role I’ve played in delivering four separate literary publications averaging about 300 pages apiece.

It’s nothing personal. It’s simply owed to the fact that, more often than not, at the heart of the book-writing discussion lurks one or more variables that render it a mistake for the person I’m speaking with to write a book. Not all of these reasons are of the same magnitude, nor are they all equally disqualifying. However, each point is sufficient to make me question the efficacy of their proposed book project, and their decision to write it.

On the other hand, layered within most of my points here are alternative paths that would elevate the value of the finished work should the would-be author opt to move forward with their creative offering. If you believe it’s an essential goal to get your name on the cover of a book, here are three awful reasons to consider writing a book, along with a few simple adjustments that might help raise those newly-minted tomes to a level of tolerability.

—“I think my life story would be interesting for other people to read about.” Chances are, your life story is interesting… all 15 pages of it. As I reflect upon my work as a biographer at a stage where I’ve helped four very different professional wrestlers with their autobiographies—people whose lives and perspectives are inherently bizarre, unique and interesting—I’ve yet to see even the most spellbinding anecdotes from their engrossing lives extend beyond five pages.

Dylan “Hornswoggle” Postl is a little person (he prefers the term “midget”) who performed on global television for the WWE for 10 years. He was also cast in a Muppet film, starred in Leprechaun: Origins, and regularly appeared on television in live skits featuring the likes of Snoop Dogg, Ozzy Osbourne and Verne Troyer.

Dylan required several back surgeries as a youth simply to keep himself from going through life paralyzed. His brother killed himself when Dylan was in elementary school, and Dylan insisted on training to wrestle despite the fact that doing so might dislodge the metal rod holding his back in place, potentially killing him. To top everything off, Dylan manages the day-to-day challenges of a little person who’s a single father, presently occupied with raising a full-grown, non-little-person son.

I’m willing to guess that your life story is not more interesting than Dylan’s, and Dylan’s autobiography is only 300 pages. They’re 300 entertaining pages, but few of Dylan’s most engaging anecdotes extend beyond two or three pages. Therefore, if you’re planning to build an entire book centered on that one cool, remarkable, transformational or tragic thing that happened to you that one time, you’d better think about what you’re going to write on the other 297 pages.

Instead of writing about your actual life story, it’s better to take a handful of slice-of-life anecdotes from your life, then borrow similar moments from the lives of some of your closest friends, and build toward the dramatic element of your life that was so earth-shattering that you felt compelled to write an entire book about it. Throw in one or two twists at critical moments to make the story even more engaging. In other words, you should turn your life into a fictional work. That way, your book will maintain its autobiographical essence without being self-aggrandizing, or over reliant on your assumption that your real life will be as interesting to others as it is to you.

—“I think sharing my life story in a book would be helpful to other people.” If you’ve overcome some form of adversity, I’ve no doubt that learning from your example will be helpful to a wide range of people who are suffering through similar circumstances. Despite having sufficient communication skills to gain acceptance to the University of Miami’s law school, Michael Davis suffered from a severe speech impediment. He quit school, entered the world of professional wrestling, and became known as “Bugsy McGraw.” Bugsy was well-known for the offbeat nature of his interview segments, which he delivered so expertly that few ears were ever able to detect any traces of his speech disorder.

Both men overcame unique sets of circumstances, and the lengths of their respective careers and successes they achieved stand as testaments to that. Also, both men attained a respectable level of fame in their chosen fields, and both were able to fill hundreds of pages in their books. In other words, their successes serve as the proof that they’d overcome their struggles, and weren’t required to lean solely on their negative circumstances to carry the full narrative.

Realistically, if you lack sufficient fame to draw your readers in, it’s unlikely that you can fill hundreds of pages with a story rooted predominantly in your shortfalls and struggles that will be engaging and edifying to your readers. Why not share the burden? Recruit at least 20 other people to participate in your book as either co-contributors or interview subjects. Neatly knit the similar or opposing elements of your tales together to address every aspect of the problem presented, and then present multi-faceted solutions that have been logically generated from the series of stories pieced together. Co-authoring has taught me that being a full step removed from the story often helps you to present it better. With this mindset, it’s frequently easier to compellingly tell another person’s story than it is to tell your own.

Adopting the roles of interviewer, writer and editor to tackle a problem from a variety of perspectives will project you into the realm of serious, respectable journalism. It’s strange but true: If you write the book about yourself, you’re explaining victimization or struggle from a single perspective, but if you share the stories of 20 other people who’ve experienced the same set of hardships, you’re now a journalist who’s reporting on an issue that has personally touched your life.

Being linked to the books of several famous wrestlers has permitted me to meet and speak with people I could only have dreamt about as a kid. Aside from the wrestlers I’ve interviewed for books that have either already been published or are yet-to-be-released, I’ve enjoyed surprise telephone conversations with some of the foremost icons in the wrestling business, and also struck up friendships with people who I never would’ve met had I not had the courage to suggest to Dan Severn that I could help him write his autobiography when the opportunity presented itself.

Moreover, I’ve received further paid opportunities to write content for more than half a dozen companies, so I can attest to the fact that the hobby of writing books can benefit your career, provided that your career directly involves writing, and provided that you actually want to write for a living.

At the same time, you have to be very careful not to damage your career by going about the book-writing process incorrectly. I’ve excitedly cracked open books written by people I’ve admired, only to have the haphazard, unrefined style with which they constructed their works leave me with less professional respect for them. If you aren’t a subject-matter expert, it’ll be evident from the content of the book you create, so take caution not to posture as if you know what you’re talking about when you clearly don’t. I’ve had to admonish more than one wrestler not to intentionally steer his autobiography into self-help territory because he wanted his book to be “informative and inspirational.” If your story is authentically informative and inspirational, it’ll come out. Trying to force your readers to perceive you as an inspirational figure is likely to backfire.

The takeaway: Being an expert within a field and writing an excellent book that accurately conveys your mastery of the subject matter is no guarantee that you’ll be rewarded with commensurate levels of fame, riches or respect. In fact, your book may end up as a glorified, one-pound business card… which is something that absolutely has value. If I’m deciding between paying for the services of two different specialists in a field, and one hands me a business card and a promise, and the other hands me a business card and a book outlining a roadmap that will navigate me away from my problem, there’s no question who’s getting my business.

Fame and wealth aside, whether or not your offering will be met with success is a separate matter. Whenever I contributed to a book, my goal was for only one person not related to me by blood or marriage to purchase that book and enjoy it. So far, I’ve hit that mark every time. It’s a low hurdle, but I’m certain there are plenty of books published annually by writers who can’t even get their own mothers to buy one.

Yet, if you adopt my mindset—where it’s an honor that a single person would pay to read the words that you spent weeks, months, and possibly even years trying to stitch together—you’ll extract as much joy as I do from every half-mile constitutional strut I make to the post office to fulfill an Amazon order that was placed by a customer who dwells thousands of miles from me.