The standardization of demoralization procedures. 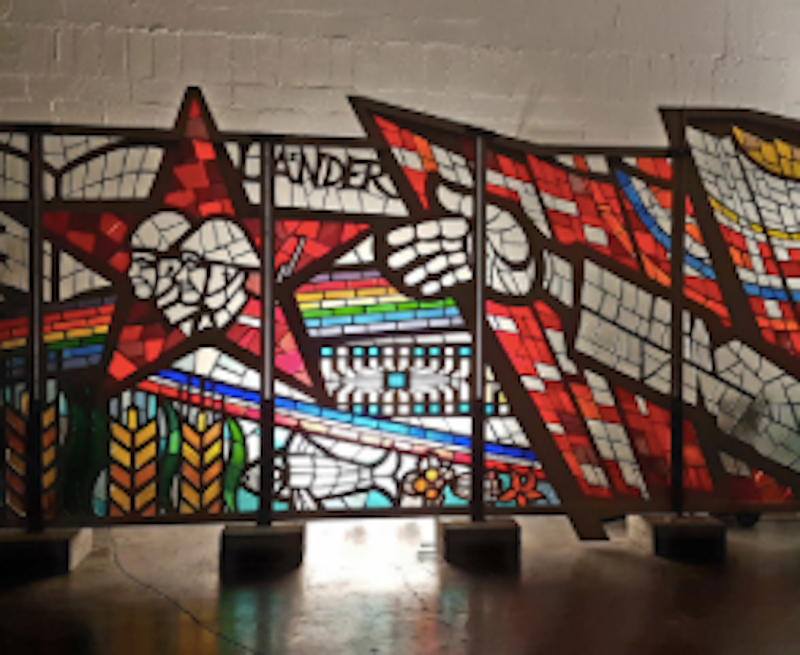 How did the left become so hostile to art? Hollywood’s a groupthink town that only occasionally allows anything challenging liberal orthodoxy to make it onto a reel. Pop music critics are setting parameters on what musicians can record. More recently, the German artist Jess de Wahls was briefly cancelled by the Royal Academy (which subsequently apologized) after trans activists complained about a 2019 essay in which de Wahls argued that the intolerance of the LGBTQ community has made it impossible to call a woman “an adult human female.”

In an essay, de Wahls perceptively compared the current climate produced by the crazy left to the life she lived as a child under the German Stasi:

Even your closest friends, or so we were told, could turn out to be working for the Stasi, the East German State Security Service, which has been described as one of the most effective and repressive intelligence and secret police agencies ever to have existed.

Everyone may have been “equal” but we certainly weren’t free to think and do what we wanted.

Certain TV programs from “The West” were off limits, as was anything not in the ‘communist spirit’. If you were found to be guilty of “wrong think,” the consequences could be grave, including prison sentences or worse. (If you know little of East Germany, I highly recommend watching The Lives of Others and Goodbye Lenin, both incredible films that will give you a good taste of what life was like then.)

The idea of “wrong think” is something that has, worryingly, returned to many aspects of the political spectrum and public discourse. And its increasing prevalence scares the shit out of me, frankly.

To The Lives of Others and Goodbye Lenin I’d add The Standardization of Demoralization Procedures, the great and overlooked 2020 novel by Jennifer Hofmann. It’s a chilling account of how the German Stasi destroyed so many lives with their sociopathic involvement in every aspect of private life.

For an idea of how the modern left became the enemies of art, an article published in 2019 by Michael J. Pearce is helpful. Pearce argues that there were four steps that transformed liberals from champions of art and the avant-garde to blue-nosed iconoclasts.

The first was a 1984 article by Thomas McEvilley called “Primitivism and Twentieth Century Art.” McEvilley blasted art as being too white, male, Western and heterosexual.

Next came the 1990 culture war over art, when Sen. Jesse Helms denied federal funding for artists who intended “to promote, disseminate or produce obscene or indecent materials, including but not limited to depictions of sadomasochism, homoeroticism, the exploitation of children, or individuals engaged in sex acts; or material which denigrates the objects or beliefs of the adherents of a particular religion or nonreligion.”

A third blow to the avant-garde, writes Pearce, “was tied to the world-changing catastrophe of 9/11. The academy was uncomfortable with the avant-garde’s failure to address multiculturalism, and the Federal government was uncomfortable with avant-garde obscenity.” People’s disgust with the art community’s embrace of shock art “came to a peak when the composer Stockhausen claimed the 9/11 attacks on our Twin Towers as ‘the greatest artwork that ever existed in the entire cosmos.’”

Pearce points to the 2016 revelation the art collection of DNC panjandrums Tony and John Podesta. The Podesta’s collection contained, as Pearce describes it, “weird genetically-mutated piggy-children sculptures and creepy photographs of men with children running away.”  People were “shocked to learn that this pillar of the Democratic Party owned a sculpture of a decapitated naked woman whose pose closely resembled a photo of one of Jeffrey Dahmer’s victims. Another installation in [Podesta’s] home included hyper-real sculpted hybrid human and pig figures, including piglet children.”

Suddenly, a “powerful perception of a sick relationship between left-wing politics, avant-garde art, and pedophilia was established by media outlets covering the story.”The stuff offended both mainstream and left-wing democrats: “Intersectional Democratic Party members were horrified that the aesthetic taste of Podesta—one of their elite leaders—could include such offensive things. Party leaders seeking the middle-class vote were appalled at the offense to bourgeois values. The sculpture of the beheaded woman clearly offended feminist factions.”

Pearce concludes that, taken together, these four things turned the left away from art. Politics meant their work could no longer be funded, and criticism that it was too white, weird, and hetero became the calling card of the new woke Stasi. Pearce:

Instead of supporting art, left-wing intersectional activists have become busy iconoclasts, calling for the destruction of a painting of Emmet Till, throwing paint at public sculptures of Columbus and civil war monuments, spray painting slogans onto the iconic Unconditional Surrender statue in Sarasota. There’s nothing particularly new or exciting about iconoclasm, but it is unusual that the political motivation of these activists is leftist, because supporting artistic freedom of speech has been the default position of the American left since the Second World War.

As with most totalitarian movements, the new woke Stasi won’t be happy until books and art start burning. It doesn’t even have to be the weirdo Podesta stuff either. It can photographs of anything they find offensive, from Jess de Wahls to the street artist Sabo to photographs of “fresh-faced and buxom” young women.