The food accompanying the turkey is the real star. 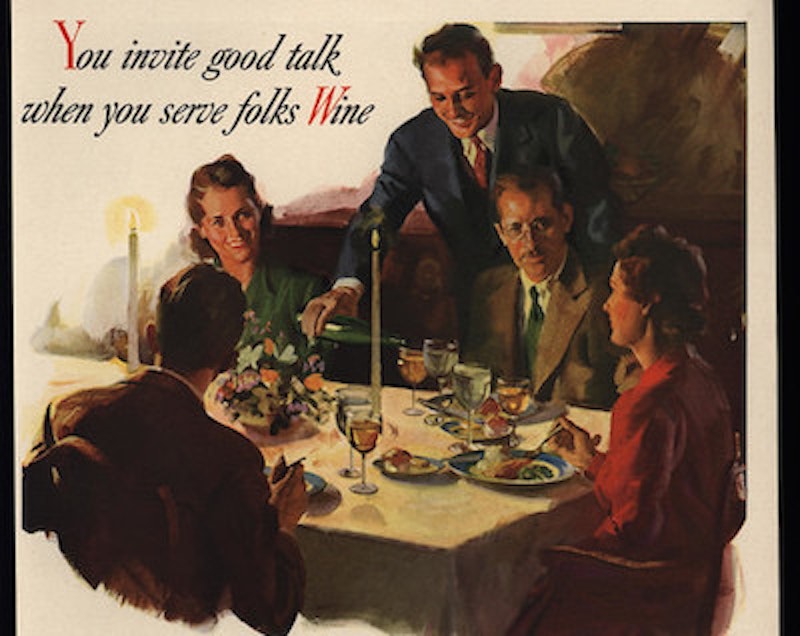 Don’t let anyone tell you otherwise: Thanksgiving is the best holiday of the year. Living in the original Plymouth Colony may influence my opinion, but the structure and celebration of the day are unbeatable.

The main event is the early and large dinner at two p.m. It works out perfectly because that’s normally when I start thinking about dinner anyway. It’s the meal itself that makes the day stand out: roast turkey dinner. For many, it’s the only time of year when they’ll have one, in part because it’s a laborious endeavor. The food accompanying the turkey is the real star: stuffing, mashed potatoes, cranberry sauce, dinner rolls, cornbread, macaroni and cheese, squash, vegetables and so on. This year, I want to add some butternut squash soup.

I’ll order turkey dinners when I’m out or get the gobbler sandwiches from the local turkey farm during any part of the year. However, no laws mandate one must eat a turkey dinner on Thanksgiving. Splice Today’s Russ Smith had steak on Thanksgiving before which also sounds like a great choice. Regardless of what one eats, how many holidays center around a meal? Only this one, which makes it superior. In many countries, including the United States, Christmas is a popular day. However, it represents a perverse consumerism and immense stress for many (not me though). One also has to wonder if that conquest for material goods is going to make people happy.

Looking at other U.S. holidays, maybe there’s a cookout to go to on Memorial Day, Labor Day or Independence Day; as an independent contractor, though most “holidays” are like any other day. Even most full-time employees have to work on holidays like Columbus Day, Presidents Day and MLK Day, among others. Meanwhile, most people get Thanksgiving off—unless they work in retail and have to go in for the early Black Friday specials.

Thanksgiving also has football. Random NFL games don’t interest me but in Massachusetts, it’s a big high school football day; some of these Thanksgiving Day rivalries date back to the 1800s and thousands of fans attend the games. For me, it’s a tradition started in 2012 as a sophomore in high school who had to dress for the varsity games. And it continues now covering high school sports. However, the MIAA Thanksgiving games aren’t as meaningful as they were pre-2013; back then, winning a league title was the only way to make the playoffs. Many Thanksgiving games are league matchups, so the title would be decided on Thanksgiving Day. Then, the following Tuesday they’d play one playoff game. If they won it, they’d play in a regional “Super Bowl” the following Saturday (there was close to 20 of them, so it didn’t mean a lot).

Under the new format, the 16 state semifinal games are played the week before Thanksgiving, so it no longer has playoff implications. Most teams that are playing in a state championship game don’t play their starters on Thanksgiving. I’d say cancel the game in those instances because I sure didn’t want to be at the game my senior year. Thankfully, my head coach did not rest the starters because otherwise, I would’ve been a 170-pound starting left guard in that game. Fortunately, I only had to go in for three long snaps, none of our guys got hurt, and we won 44-43. Still, I would’ve preferred sleeping in and I’m sure a lot of my ex-teammates agree.

In recent years, one of the troubling Thanksgiving trends is the commentary about how to talk about politics on the day. Here’s the easy answer: don’t. I know some college progressives and conservative elders can’t breathe unless they bring it up every five minutes, but it’s not the time or place when people are trying to have a good time.

I don’t have Thanksgiving with extended family, so that’s a non-issue for me. I like level-headed in-depth discussions of ideas on the topic and want nothing to do with people yelling about politicians and taking it personally when others disagree with them.