The Wolf in My Dreams

The hovering influence of the pandemic seems like it could inspire the negativity of this symbolism. 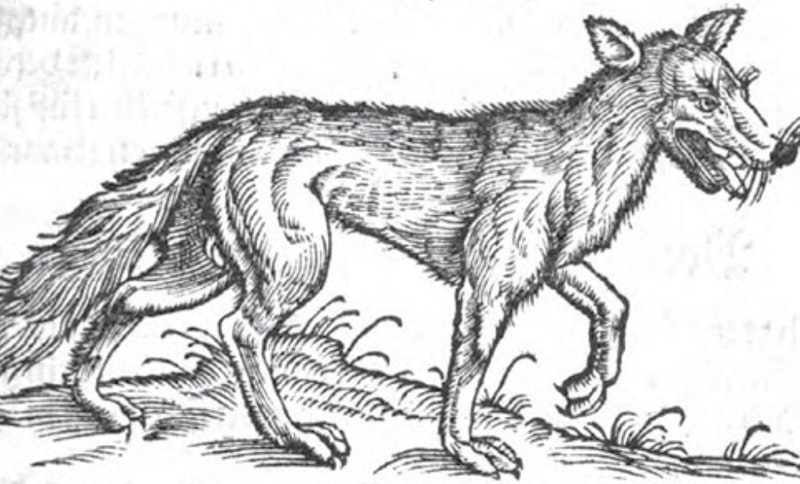 Ever since March I’ve had really weird dreams. There was one that was so strange that I still think about it now. Details I remember from these dreams are often blurry, but lately one element has been vivid and recurring: a giant emaciated wolf.

When I say “giant,” I don’t mean a size comparable to a building. Standing on all four feet this animal has the height of an average adult. The giant wolf is never doing anything scary and it doesn’t pant or drool excessively. It just stands there staring off into the distance, looking eastward, by the side of a gravel trail in a forest. Right next to the wolf there’s often another canine of normal size sitting on the ground. That animal isn't emaciated: it seems to be healthy, but inactive and tired. Sometimes the giant wolf or both of these beasts are accompanied by a few of my friends who enjoy trailside relaxation laughing and conversing at a low volume while sitting on a few logs. I can never remember anything they talk about, just that they’re having a good time. Their names and faces are always different.

A lot of my dreams have mundane social stuff like this going on, a reaction to being stuck at home all the time. The wolf’s presence is the only mysterious element. Its bony rib cage is what makes the animal ominous. There’s yet to be a dream where the wolf attacks anyone, nor a dream where it appears healthy. The giant wolf is always too skinny for its own good. It just stares intently looking uphill at a trail that rolls on toward an eastern horizon.

Teresa Pijoan is a folklorist and researcher who’s collected the mythic stories of Native America tribes in a volume called White Wolf Woman. My jaw dropped reading her description of the religious significance that one tribe from New Mexico has bestowed upon wolves: “For the Tewa People (the wolf) holds the power of the east making it one of the zenith power-medicine animals.” According to the Tewa creation myth, when people first emerged on Earth they were greeted by the wolf who knocked them down and scratched them. Their wounds healed almost instantly, an occurrence that was a supernatural gesture of friendship. Wolves and other wild creatures then used psychic powers to permanently implant the instinctual skills of survival into the human mind.

It’s wild that the position of the wolf in my dreams aligns so closely with the iconic profile that the animal maintains within indigenous lore. I hadn’t read Pijoan’s work or any of the Tewa myths before these dreams, so it wasn’t as if the giant starving wolf comes from a favorite book that’s lodged itself into my sub-consciousness (unless you count a werewolf as a breed of wolf; I read about them all the time in some my favorite Charlton comics).

Writing for Australia’s WellBeing magazine, Amy Campion explored non-spiritual interpretations of wolf dreams. The hovering influence of the pandemic seems like it could inspire the negativity of this symbolism: ”Wolves can appear in your dreams when you fear or are experiencing loss… (and) to warn your conscious mind that we should be careful of who or what you trust, that there may be a ‘wolf in sheep’s clothing’”. Paranoia and uncertainty have loitered around everyone’s mind, consciously and sub-consciously, ever since this past March. Considering their lack of death or violence, I don’t think that darker concerns define the wolf dreams I’ve had. The fact that these dreams always happen on a clear sunny day further reinforces the belief that they represent something positive.