Rooster wishes all of you a Happy New Year—except Bennington, who remains haram and a shanda. 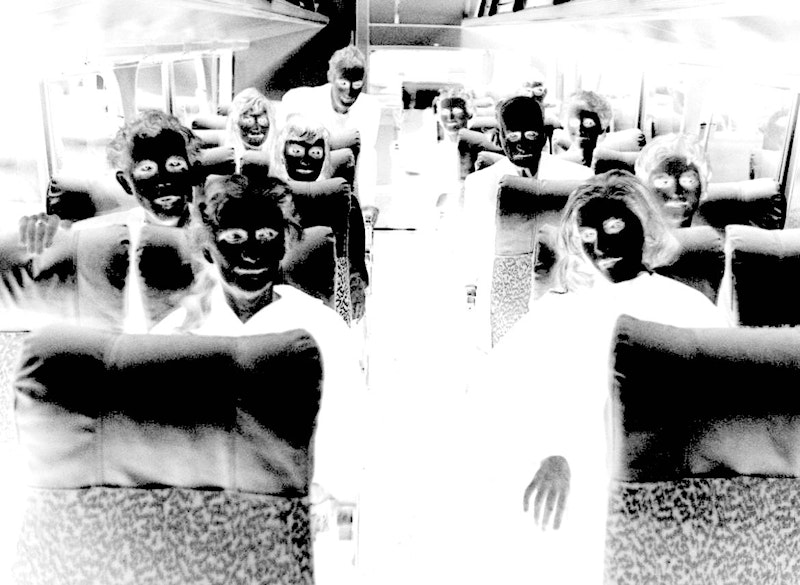 I hope my readers won’t mind if I take a break from ghost-writing Bennington’s “novel” and remind you that today is the first day of the rest of your life. 2021 will be different: not like 2020, much nicer, more like 2008, or 1943, or 1929, or 1848, or 1973. Those were good years. I remember, I was there. I don’t know about specific political events or crises that may have occurred in those years, because I’m chicken. I’m using that slur without quote marks because I’m no longer afraid of living in shame. I can write books, I can even write them under my cousin’s name so that he may no longer feel the urge to do hard drugs. I can even help my wife cook—this is huge.

Always a Stone is not the title of Bennington’s book. It’s my book, and it always will be my book. I’ve obtained an injunction against Bennington and will be sending a team of armed guards and doctors with bad medicine to the shack in the back today. I hope he’ll let them in and get abducted on his own. “Happy New Year!” I can imagine him screaming at shadows in the dark, all high on whatever research chemical he’s just grabbed from the stork or the dark web, and going howling into the arms of government researchers injecting experimental drugs into his beak. Someone has to be a lab animal.

I miss Kurt Andersen. Why doesn’t he pick up the phone? I’m watching him right now talk with Sam Seder on The Majority Report (wonderful program), and I can see his phone, and I can see that it’s ringing, and I can see my name. He just looked at it! Oh my god… HE IGNORED ME! This is insane. I helped Kurt get his start! Do you know how many famous artists I’ve been financier and patron to? Several dozen! Through the decades I’ve learned that it’s better to spend money on people rather than things, and in this I’ve been a financial associate to many a colleague who went on to “bigger” and “better” things. I neglect mentioning them because it makes me bitter, their success and recognition. They have what I want.

How can I become famous? I’ll never debase myself, but I’d write a horror novel. Even a romance book, something you could buy at an airport. Nobody’s reading in airports anymore though… flash fiction? Auto-fiction? No… I could never reach my cloaca with my beak, anyway. I think the only way forward for a bird like me is to write like mad and hope something sticks, because eventually it will and I’ll be famous. I’ll no longer be “unknown.” Monica may call me unhappy and cruel and evil when I make squint-eyes at the cashier and challenge the manager of the Circle-K to a “dukes up” fight in the parking lot, but I’m just having fun.

Oh, now I’m getting nudged. Now? Of all times? I’m trying to work, Russ. If you think this column suffices, so be it. [Editor’s note: Mr. Quibbits was “nudged” once. No wonder Bennington thinks he’s a dick.] But I have one more piece of advice for all my beloved readers, whether bird or human or some other lower creature: be kind to each other. Kurt Vonnegut said that, and he fought in World War II, so he’s unassailable. Me? I’m assailable. That’s why I don’t go outside. If that what it takes to be famous, well, I don’t want it. I’d like the world to come to me, to create a world of my own with my work and allow admission at my own discretion to other visitors. Perhaps I already have, you may say. Perhaps you’re already in it, you may suggest. Perhaps you’re already inside of my head, readers. Happy New Year. Don’t do too much ketamine tonight (looking at you, Cheddar). Wink.