Thinking One Thing and Doing Another 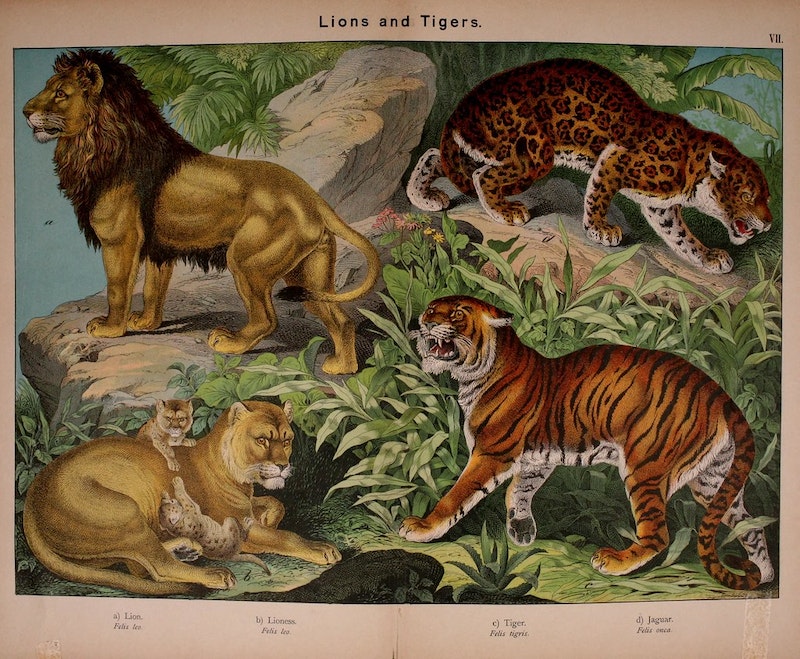 An invisible monster of sickness is breathing down our necks as the streets erupt in violent political upheaval while an oligarchy desperately seeks refuge in its own carefully constructed narcissism. It’s a miracle that anyone can sleep for even a short time. On the occasion when I get a solid night’s sleep I have weird dreams that are tough to forget. So far, this one has been the weirdest.

I’m walking down a street in a small town in the American northeast. It’s an overcast day. It just rained and a droplet glaze hangs gently all over the town’s lush spring fauna. As I make it to the crest of a hill I notice a concrete bridge spanning an interstate highway in the distance. Parked at the end of the bridge that’s closest to me is an emergency vehicle with flashing lights. EMT’s, police, and other municipal workers meander about on either side of the street. This is about a mile away from me. When I get closer I notice a full-grown tiger and a full-grown lion bounding from one side of the street to the other. The pair disappears into some bushes that flank a two-story Victorian house. Then emergency personnel begin sprinting in their direction. One police officer remains by the bridge talking on a two-way radio attached to the car with the flashing lights.

The whole scene inspires me to slow my gait, but I don’t stop. I keep walking straight onward in the same direction staring intently trying to see where the two big cats have gone. Within a few moments I’m standing next to flashing lights, emergency crews, and a line of civilian cars halted by police who by now have set up a road block cordoning off the area where I last spotted the lion and the tiger. “Sir, did you see where they went?” a police officer asks me. Stunned, I reply, ”No, I don’t know anything about this. It’s just crazy.” Parked right next to all the emergency vehicles is a maroon-colored 1970s conversion van. Just as the blockade started, it must’ve pulled over to the right hand shoulder and parked (an event that I never actually witnessed in the dream). A passenger sticks his head out the window and exclaims, “Yeah, this is pretty nuts, right!”

Things get fuzzy at this point. The van’s filled with people dressed in gypsy clothes. We exchange small talk while trying to kill time stuck at the front of this roadblock. I can’t tell if these are gypsies in the ethnic sense or if they’re just masquerading as gypsies. As we continue our small talk, one of them opens up the van’s back door and begins removing glittery/colorful clothes and some plastic jewelry that would be perfect for a Mardi Gras parade. The passenger starts putting on the extra clothes as he and I continue to maintain our thoroughly unmemorable conversation.