The Healing Energy of Archangel Raphael

Oblique hints from Raphael to save yourself and others. 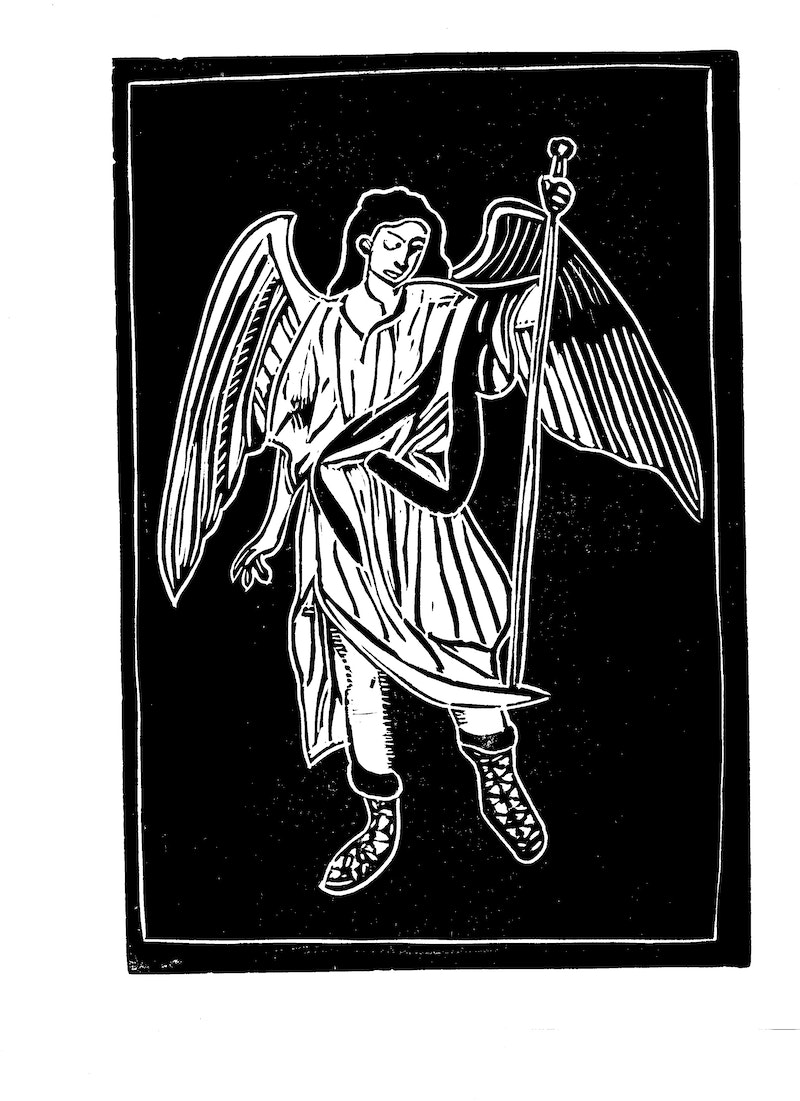 Raphael is the angel associated with healing. In Hebrew, his name translates to "the medicine of God." Catholics refer to Raphael as the patron saint of doctors, nurses and medical workers. Throughout Italy, health facilities are called Raphael Centers.

Raphael is one of four archangels. The others are Michael, Gabriel and Uriel. In the New Testament, Raphael is thought to be the unnamed angel who stirs the healing pool at Bethesda. In the Babylonian Talmud, three angels appear to Abraham. God assigns each angel a specific mission by God. Michael’s told to inform Sarah she’ll give birth to Isaac. Gabriel is told to destroy Sodom. Raphael's charge is to heal and save human beings.

The Bible teaches that angels are real and can work on our behalf. ("Are not all angels ministering spirits sent to serve those who will inherit salvation?") We’re not to worship or pray directly to angels. We’re to worship and pray only to God. ("Worship the Lord your God, and serve Him only.") Angels do God's bidding. Their power comes from God. God instructs the angels to intervene on our behalf.

Several years ago, I suffered from horrible allergies. I visited my doctor but he was inconclusive. Medicine was ineffective. I went on a wheat and dairy detox but the allergies continued. I prayed to God for guidance. I woke one morning with a word in my head. "Aubergine." My wife told me this is French for eggplant. I booked an appointment with a kinesiologist who'd helped me with health issues in the past. She concluded I was allergic to nightshade vegetables, and gave me a list of foods to avoid: tomatoes, peppers, potatoes and of course, eggplant.

According to the book The Complete Idiot's Guide to Connecting With Your Angels, this is how Raphael works. He provides hunches to guide you in your healing. He often works in riddles (as in "aubergine"). Maybe he'll inform a dream with an obscure message. He’s a bit of a prankster. He might drop healing foods into your shopping cart or knock a book off a shelf you're meant to read. Perhaps he'll "accidentally" cue you to a new way of thinking.

In 1928, the British bacteriologist Alexander Fleming returned from a vacation to his London lab. He noticed something unusual in one of his petri dishes. New colonies of Staphylococcus had spread throughout the dish except in one area where a blob of green mold was growing. He tested the mold and found it was a rare strain of Penicillium notatum. The mold secreted a "juice" that inhibited growth of the Staph bacteria. Further testing revealed the mold killed other harmful bacteria like streptococcus, meningococcus and diphtheria bacillus. This is how the world's first antibiotic was discovered. Fleming's biographer Gwyn Macfarlane wrote that the discovery of Penicillin was "a series of chance events of almost unbelievable improbability."

Raphael heals the body, mind and spirit. He delivers those who are plagued by dark energies. In the apocryphal Book of Tobit (part of the Catholic biblical canon), Raphael protects Sarah and Tobias from the demon Asmodeus. Raphael reminds us to focus on God's light. He teaches that stress and worry don’t help the healing process. He’s associated with laughter and he helps us to see the humor in all situations.

In 1964, journalist Norman Cousins was diagnosed with ankylosing spondylitis, a painful and crippling collagen disease. Doctors gave him a one in 500 chance of recovery. He realized he needed to learn why his body was reacting as it did. Among his vast collection of books, one stood out: Hans Selye's The Stress of Life. He read that negative emotions like frustration or suppressed rage are linked to illness. This triggered a hunch. If negative emotions make you sick, perhaps positive emotions like love, joy and laughter are healing.

He took out his 16mm movie projector and watched Marx Brothers films, Charlie Chaplin, Laurel and Hardy and Buster Keaton. He binge-watched Candid Camera. He noted that just 10 minutes of induced laughter per day produced two hours of painless sleep. He put himself on a laughter therapy regimen. The more he laughed, the faster he healed. His pain diminished and he regained the use of his limbs. Within two years he was walking again and cured of the disease. Doctors were baffled. Cousins wrote about his experience in the 1979 book An Anatomy of An Illness. He lived pain-free until dying at the age of 75 in 1990.

In classic artistic depictions of Raphael, he’s usually shown holding a staff symbolizing healing or with a caduceus emblem representing the medical profession. Believers say Raphael's energy corresponds with the color green. When Raphael’s present, you may see or sense an emerald green light. Healers use green crystals like malachite or emerald to invoke Raphael's presence. The penicillin mold in Alexander Fleming's petri dish was green. Author Hans Selye's name is printed in green on the first edition book cover of The Stress of Life.

In the Book of Tobit, Raphael takes human form to help a family in distress. He heals and protects them from evil. Only at the end of the story does he reveal his true angelic nature and his mission. "The Lord hath sent me to heal thee… for I am the angel Raphael, one of the seven who stand before the Lord… when I was with you I was there by the will of God… It is time that I return to him that sent me; bless ye God and publish all his wonderful works."