Dreaming Of A Virus-Destroyed Ukraine & Belarus 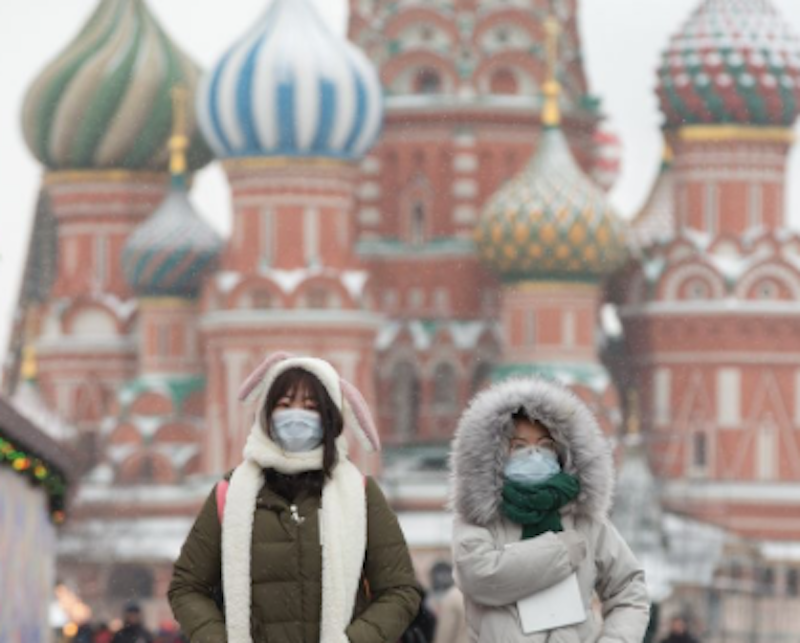 Here’s a possible positive consequence of the COVID-19 crisis about which I’ve recently been educated: A resurgence of Great Russian influence in what Great Russians call their “near abroad,” and particularly in Belarus and Ukraine.

An immigrant fellow parishioner of mine, someone familiar with the post-Soviet space, assures me the pandemic will soon burgeon beyond the control of both Kiev’s ruling fascist junta and the Lukashenka government in Minsk, which, while not controlled by fascists, is nonetheless a persistent “thorn in the side” of the Kremlin. It stands to reason that the junta’s sponsors in Langley and in the EU intelligence ministries will muster scant will to “save” the Little Russians’ “bacon” this time, given their own societies’ preoccupation with the virus; and no one in the West cares much about Belarusians even in the best of times.

Take heart, my Russian Orthodox brethren. Amidst darkness, as Holy Porfiry of Smolensk preached, not all is darkness.

That the coronavirus reporting of even Ukraine’s cheerleading pro-junta English-language newspaper, the Kyiv Post (founded by a notorious Brooklyn Likudnik and allegedly subvented by the ghouls of Langley), has assumed a gloomy tone will underline the severity of the Ukrainian situation. Even the ex-pat carpetbaggers and rank propagandists staffing that “liberal” and “pro-Western” publication have, in the face of the avalanche of corpses that threatens to overwhelm them, lost the will to do their usual lying about life in Nazi Ukraine.

Belarus, my parish acquaintance assures me, might be in even worse shape than Ukraine, if in a lower-key way. As always, Belarus is “flying under the radar.” But there, too, the coronavirus situation is, I’m told, about to spiral out of control.

At any rate, my contact, who (and take this for what it’s worth) claims insight into the workings of the Russian Federation’s foreign affairs and emergency situations ministries, informs me that official Russia has “gamed out” a scenario in which fully 15-20 percent of the Ukrainian and Belarusian populations could “succumb” to the virus.

Working, just for fun, on the basis of the higher stated percentages, that amounts to eight million dead in Ukraine and 1.8 million dead in Belarus. (I’m assuming that “to succumb” here means “to die,” though there’s some ambiguity on this point, given my fellow parishioner’s imprecise immigrant English.)

But specific numbers outside, what’s important here is the extent of the relative depopulation that those countries would see. It’s important, too, to understand that those who survive will exist in a state of significant trauma. Like all populations who have undergone world-historical catastrophe, they’ll have taken “a hard knee to the breadbasket,” to use an expression from my Midwestern boyhood.

It’s easy to see how, as my parish friend points out, this represents a bright opportunity for Russian statecraft. He foresees either a situation in which the Russian military is forced to intervene tactically in Minsk and Kiev, to restore social order, provide humanitarian assistance, or both; or in which complete Ukrainian or Belarusian social collapse makes the Russian occupation, and annexation, of those countries a foregone conclusion. Again, it goes without saying that a West preoccupied with its own coronavirus ravages will have little energy to mount impudent resistance against such a bold Russian gambit.

(I’ve used the word annexation. But is it the right word here? Can a country technically “annex” its own breakaway regions, an integral—if disobedient—part of itself? No matter. This is an academic question for another time.)

At any rate, inasmuch as there’s a bright side to this pandemic, this points toward it. How fitting it will be to bestow upon Vladimir Vladimirovich Putin that epithet that we worshippers in the Russian Orthodox Church long to bestow on him: DOUGHTY INGATHERER OF RUSSIAN LANDS.

A couple of caveats are in order here, my parish acquaintance says. The first is that Russia could itself face its own debilitating COVID-19 crisis. As of this writing, however, Russia has fewer than 700 virus cases. My acquaintance assures me that the Kremlin can be trusted in its assurances that the situation in the Russian Federation is under control.

The second caveat is that the virus tends to disproportionately annihilate the elderly and spare the young. And it’s exactly the elderly in Belarus and Ukraine who, harboring nostalgia for the security and stability and status of the Soviet Union, would most welcome the return of Kremlin power. On the other hand, it’s the very young who, in both countries, have responded favorably to the nationalist, anti-Russian fervors that the Western intelligence agencies have so ably whipped up.

The virus, in other words, would tend to kill off the Kremlin’s natural constituency—and aggrandize the relative power of the Kremlin’s young nationalist enemies in each of the two wretched societies in question.

But for the moment, let us put caveats aside. We are approaching the Russian Orthodox Easter, the GREAT PASCHA, and we faithful live in hope of the Resurrection of Our Lord. Let us be joyful, if realistic.

For in the valley of travail, His light shineth.

For amidst death, there is His life.

For amidst vexation, the water from His source