The Unexplained and the Mundane 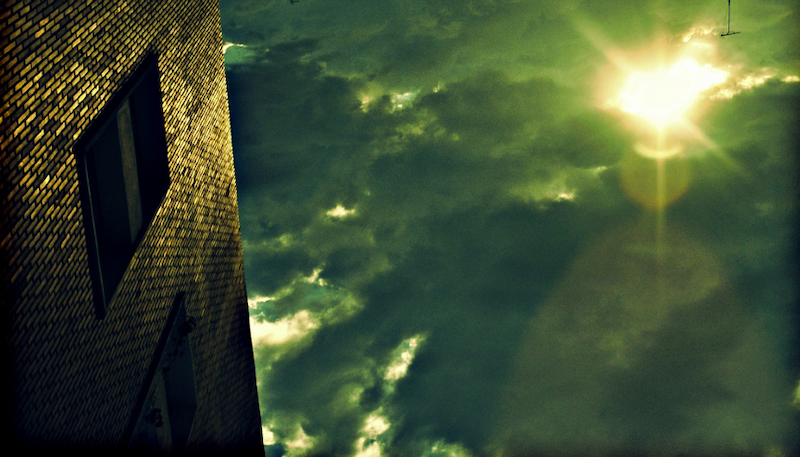 "I've never seen a ghost,
but I can feel their presence sometimes."
—Guy Blakeslee, from the song "Never Affraid" by Entrance

Gods, goddesses, spirits, ghosts and otherworldly entities may exist in a grey area between fact and fantasy, but the faith that people have in them is undeniably serious and very real. Space limitations prevent me from analyzing all that is governed by supernatural force, so I've written this interpretation of Guy Blakeslee's words to shed some light on the intimate relationship between the unexplained and the mundane.

The presence of the paranormal is ubiquitous because it often can't be seen or touched. Its survival depends on the pure, unconditional belief of people who will go out of their way to connect with something beyond the 4th dimension, regardless of whether that's logical or socially acceptable. Without intangibility and without the zealous criticism of skeptics who refuse to recognize its importance, the impact of supernatural force cannot be tested, and without an endurance test the paranormal won't command a bit of faith—the true mark of its stake in the domain of flesh and blood.

"...I can feel their presence"

To know a spirit being is to know an emotion unlike any other, one that drenches all sensibility in a gargantuan energy cascade. This is the hallmark of the paranormal condition. Intense and malleable, supernatural presence serves as a friendly guide post with spirits using horror to push the vulnerable away from danger, euphoria to liberate the timid from repression's stranglehold, hyper-awareness to rouse empathy from even the cruelest, coldest soul.

As the unearthly phenomenon mercurially ebbs and flows through human consciousness it is defined by many strange qualities of unknown origin, but its erraticism springs from two sources. First, there are an infinite number of divine, enchanted, ghostly creatures and they're all crammed into perception's cluttered metaphysical infrastructure—traveling in and out of such a place is frequently confusing. Second, these entities share a multitude of character flaws with their "real world" counterparts. Some spirits are fickle and selfish, rarely showing themselves even if they're needed; others are sadistic, power drunk fools that superficially resent humanity and relish intimidation. For the most part though these beings understand that they're nothing without the loyalty, love, and curiosity of so-called regular people. A reminder of this bursts into life when the fear of God's wrath spurs a throng of Christians to generously tithe and recite scriptures one day, while the next these supposed believers caress the miracles of Earthly pleasure: hedonism, materialism, pre-marital sex and countless other passions that shove the Lord's will into a blurred periphery.