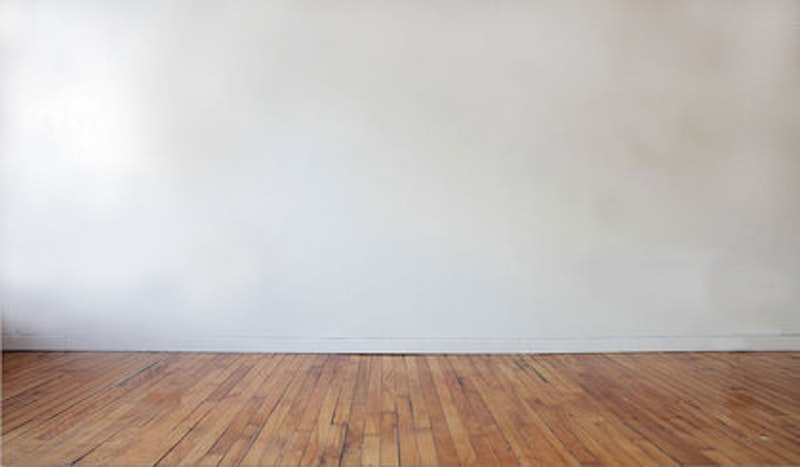 "It gets awesome really fast," a separated friend told me on Facebook, a few weeks after I moved into my own place. "All the storage! Whatever you want for dinner! Your own schedule!" And, certainly, there's some truth and wisdom to what she said. It's fabulous not feeling like you're capitulating to someone else when it comes to dining choices, and not worrying about putting down the toilet seat, and being able to live, briefly, like a slob, because you've allowed work stress to body you. Living alone isn't terrible; it's freeing to go for long walks without comment upon return. It's a relief to not have to listen to a crazy dog exploding at mid-day at the slightest sound. After a bit, I started enjoying having the bed to myself, and began to get decent amounts of sleep.

Yet for all that, two months into bachelorhood, a vague emptiness persists: it doesn't matter whether I watch a movie, or decamp for Baltimore for the weekend, commit myself to writing something particularly satisfying, or immerse myself in work. The feeling abates somewhat when I visit my son during the week and when he's here, but it lurks in the margins, waiting to pounce, to stare me down. Most of my time is mine, but oddly, I don't necessarily want to spend it the way I thought I would when, in the past, I'd fantasize about having it to myself: for the most part I'm not inclined to talk to anyone on the telephone, or Skype much, or email, or catch up on reading, or sleep in. Films are an exception, except that most of what plays locally is laughable. There are thrills to be had, and I try to treasure them, in looking ahead to the future: projects long gestating, personal goals that had seemed mostly unachieved, travelling I want to do, debts to be reduced.

The apartment I call home now is pretty much a dump, but an acceptable one, with its ancient baseboard heaters and lamentable cabinets and energy-inefficient window frames and a toilet around which the floor seems slightly indented. Everything has its place, and somehow I've been able to keep it from turning into a pit, but a survey reveals deficiencies: a card table is not a dining room table, the walls are too bare, a vacuum is needed for the one rug, empty spaces beg for furniture or vases or conversation pieces, even though almost no one comes here and I don't feel compelled to invite anybody over. A signpost of independence can at the same time telegraph some degree of personal failure, and anyway, everyone lives too far away, and they have their own cluttered lives to live.

Another friend who went through her own divorce a few years back recommended that I make some friends, the kind I could drink with and go to parties with, but what I'm realizing is that a) I have no idea how to do this and b) I probably don't have the energy for it. The thought of actively trying to accomplish this—not via an ad, forget that—in real-time seems incomprehensible, impossible. The folks in the local poetry group I've joined are wonderful, but I wouldn't want to impose there, and otherwise I'm surrounded by college students. You know life is weird when you're on a first-name basis with a dude who works Walmart shifts at the same time you usually shop there, and when the only person who approaches you to strike up a conversation on your block is the voluble, visiting Australian boyfriend of a co-ed neighbor who, inexplicably, is fascinated by all things America and genuinely wants to become your friend—and you're too stilted and out of it to process the reality of that fact.

On the other hand, the first abstract art piece I ever purchased and had mounted should be ready for pickup soon, my parents are coming to visit, and in a couple weekends I'll break bread with good friends I haven't seen in eons. My job seems secure, and I'm making some progress in other areas. Life could be a lot worse.