The U.K. Could Be America's Dystopian Future

Their cops tell their citizens what they can think. 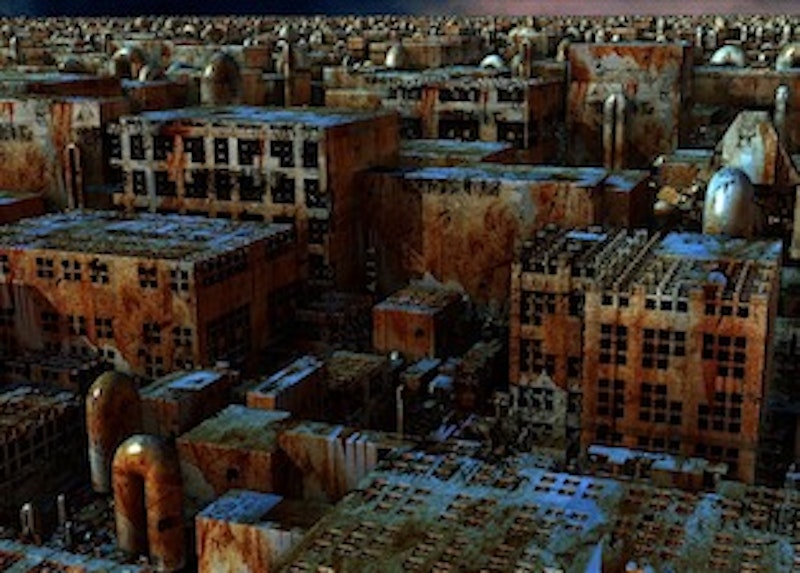 A young, "well-meaning" journalist named Ellen Scott recently appeared on the Good Morning Britain TV show to make the case for banning clapping in the U.K., which she said can be distressing and overwhelming to people with hearing aids, anxiety, and sensory processing issues. She claimed this could be preventing people from attending certain events, but assured the hosts that there'd never be a legal penalty for clapping, a practice dating back to the 6th century BC in Athens.

Scott said "jazz hands," the British Sign Language equivalent of clapping, would be a more "inclusive" alternative for the second most common way for humans to make a sound, although it would be exclusive for the visually impaired. There are people who struggle with loud, unexpected noises, but the question is whether this small group makes adjustments to deal with the world, or does the world adjust to them? In the progressive mind, the world always defers to those identified as victims.

The University of Manchester started the momentum for the latest social movement in October when its student government voted to replace clapping with jazz hands at student events such as debates, panels and talks. Sara Khan, the student union's "liberation and access officer" who proposed the motion said it encouraged an "environment of respect." Her message is clear—clapping's now considered disrespectful. What's the next norm that liberation and access officers will be targeting?

Modern progressivism has fixated on identifying protected groups and then proscribing long-accepted behavior in order to ostensibly to keep them "safe," a word that's now applied to people's perceived feelings—hurt feelings means "unsafe" in tune current environment. While the Left's political taxonomy used to be a straightforward dichotomy—the capitalists and the workers—it's become atomized into various identify groups. New protected groups, such as the applause-averse, pop up unexpectedly, and people outside of progressive hives get caught by surprise when solutions like jazz hands are proposed to replace common practices.

The Brits have reason for concern. Their police now act as the progressives' enforcers. In January of this year, a police officer contacted Harry Miller, a dock worker from Lincoln, England, after he'd retweeted and "liked" on Twitter a limerick suggesting trans women are not biological women, an opinion that's not rare. Even though no crime was committed, the cop recorded it as a "hate incident." The officer told Miller that he'd taken a "course" and learned that a fetus with a female brain can grow male body parts, and that’s what a transgender woman is. When Miller asked why the anonymous complainant was being called a “victim” if there'd been no crime, the officer told him: “We need to check your thinking."

The U.K. Thought Police are telling people what they're allowed to think. In Orwell's 1984, they were secret police, but the government's gotten so comfortable that they're not even trying to hide it now. The police have taken a course—THE course—and they've tasked themselves with enforcing its teachings.

In October, the Thames Valley police announced that they were investigating "transphobic" stickers that had been popping up around Oxford with messages like “Woman: noun. Adult human female,” and “Women don’t have penises." The investigating officer said the police were taking this "very seriously.” Those are dictionary definitions of biological categories that the cops are taking so seriously, but are they really surprised that when they police opinions on the Internet that people will find another was to express themselves? That the police are talking this way doesn't bode well for the future of free expression in the U.K.

Behind the police overreach is the U.K.'s Communications Act 2003, Section 127, which makes it a criminal offense to send a message which is “grossly offensive" by means of a “public electronic communications network." Who determines what's grossly offensive? It looks like the British police. That's the hallmark of an authoritarian state.

In a more general sense, beyond any single law, the people of the United Kingdom are more malleable than Americans when it comes to government intimidation that's "well-meaning." Once the government learns that it doesn't even need the pretext of a broken law to lecture and write up people for doing things like tweeting a limerick, it knows it's got them right where it wants them—under its thumb. It then begins planning its next power grab.

Given the excesses of American progressives, and the decent chance that Elizabeth Warren will be the next president, Americans wanting to avoid a British-style police state should look to the U.K. as cautionary tale for what can go wrong when the feelings of protected groups are allowed to dictate the behavior of the vast majority. If we attempt to ban all behavior that even the smallest of groups find unpleasant, what will be left for people to enjoy in each other's company?

Take a moment to ponder Sara Khan's "environment of respect" through a different lens—one that suggests that the Authoritarian Left's all about power, not empathy. Consider the possibility that all this "sensitivity" is really about coming up with endless victim narratives, and calling anyone who resists "hostile.”