Len Hears About the TV Star 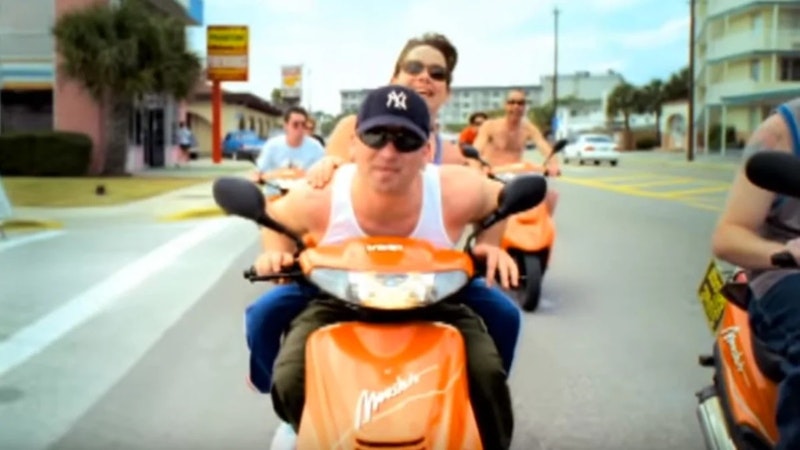 “Shaped like a fireplug,” Art said, and he showed with his hands, there in mid-air: the box that was Bill the star’s torso. “That you can say to him,” Art continued. “You can say, ‘Bill, you are shaped like a box.’ I have done that. But his weight…”

“Say a word about his weight…”

“We don’t do it,” Wally said, picking up. “We’ll discuss many other things. ‘Bill, uh, baby, there’s a lot of physical involved. We’re going to be very active. Professionally, to get the shot, you’re going to have to give us this and this. You know, up the hill and onto the horse, and then a fight scene. And that’s the drill,’ and...”

“‘Be ready’ and ‘You’re on view.’ You tell that to Bill and that’s something”—Art’s fingers groped at his head—“that he can process.”

“George, it’s like, with George you say, ‘Look, we want the biceps this much big. George, we want you fitting in a size 30.’ It’s no problem.”

Len sat with Burning Map’s big guys at Musso’s. Art and Wally were the two producers, and they both had beards shaped like overlarge spades. The guys were the under-40 team brought in to help the series now that it was in season eight. The show’s executive producer was Phil, who’d been staying quiet.  Every now and then, his eyes shifted over and he looked at Len. But he looked at everyone that way. It could be somebody talking or somebody quiet. Len noticed that a few minutes would pass, and the old man’s eyes would cut to one person or another, and then hold, and then squint. Then he’d be looking at nothing, back to that.

The executive producer sat behind a pile of stomach and a hanging bush of white beard going yellow. The waiters had pulled the table back a yard and a half so he could fit in. Wally and Art knew what to do in the situation. They stayed by the wall and told Len about dealing with the people in charge of at Iverson’s Movie Ranch. With Phil finally in place, they ambled forward. Len followed, and they slid onto the niche’s bench, and the executive producer sat facing them. Wally started talking about the river shot they had coming up, the one up at Iverson’s. That brought them to Bill, who was going to be in a lot of the shot.

The executive producer spoke. “Bill’s a sparkplug,” he said. He held a yellow-orange tropical drink in a vast goblet of frosted glass. “Understand what that is?” He had a cough, but his voice, when it got out, loped along with a soft Brooklyn accent like Len’s Aunt Miriam. “A sparkplug inspires and invigorates, but possibly sparks and fizzes as well. There you find the remarkable Bill.”

“Writing parts for George and dealing with Bill… Yeah.” Art said this with volumes of meaning. George was the young co-lead who’d been brought in with the youngish producers. Bill had been the show’s hero since the beginning.

A rumble of laughter filtered through the white-yellow beard. “Oh, I get along with Bill,” said the executive producer. “You boys have fun! Explain things to him.”

Walt and Art laughed dutifully. “That’s what it is, massa,” Art said. That was a joke he and Walt had with their boss. Back at the executive producer’s office, with the hi-fi blasting the album to Dr. Zhivago, Walt had said, “I’se fetch, massa, I’se fetch” on the way to the liquor cabinet.

“Punch cards,” Art said. “You got to know what punch cards to give them.” His fingers were back to groping at his skull. “You see what they respond to. You can work with any actor, if you know how to work them. Len, is that something you know?”

Len was ready. “You saw my resume,” he said, though actually he didn’t give them a resume. “I worked with Ben Eppinger.” That was the boss at Len’s last show, Sky Frontier, and he was renowned for his temper, his short-sightedness, and his tendency toward blind improvisation.

“Yeah, he horses around,” Art said to Len. This was outside Musso’s. The executive producer was clutching the open door of his town car and hauling one buttock toward the seat; the other hung like a corduroy sack over the asphalt. The car’s driver stood by in a semi-hunch, an experienced elbow placed at the executive producer’s ribs. A bus boy watched. From the look on his face, he seemed doubtful this could be a two-man operation, but at the same time he couldn’t figure out his place in it.

Meanwhile, Art talked about Bill, the star, and how he behaved on set. “He’s joking, he’s doing tricks—practical jokes. We got him to cut that down. But he supplies the pep, and he’s got that going all the time.”

“If you can get him through that fucking river,” Walt said. Like Art, he didn’t look in the executive producer’s direction. The two of them looked off toward a nearby streetlamp. The townhouse driver’s knees had folded and his elbow was well up from his side. The executive producer had fit a buttock and a half onto the seat.

“Get him through that river,” Art said. “Do that for us.”

Surprising himself, Len thought, One more person I have to carry. But he said, “I’ll get Bill through the river.” The next day he’d be fired.