Then he noticed it. Smoke. 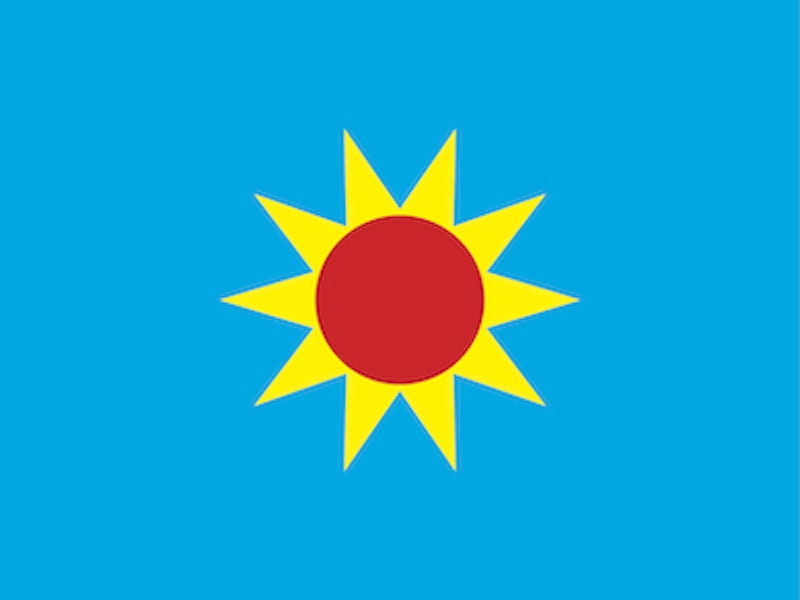 Absentmindedly, he whistled “The Streets of Laredo” while hiking through the woods on a windy afternoon. The leaves were down, brown, crunching underfoot. Their carpet was so thick that he'd lost the trail, wandered off course. He squelched a pang of panic, told himself that he'd come to a road sooner or later. He stopped to listen for the sound of traffic, but all he heard was the wind. To his distress, the shadows were lengthening. "I should've started earlier." He was an hour into the woods.

Nothing to do but keep going.

Kept going he did until he stumbled upon a 1960 Austin-Healy, rusting away. The tires were flat and cracked; the door was a chore to pry open. He sat in the driver seat, one hand of the wheel, the other on the shift knob. "How could anyone leave you here to rot, sweetheart? A little TLC and you could've been a contender at Watkins Glen. Or a magic carpet ride on a June morning. Once upon a time, we could’ve made beautiful music together." Still, a good omen. Where there's a car, civilization's not far away.

The key was still in the ignition. He knew that nothing would happen if he turned it, but couldn't resist. He turned it, and nothing happened. He tried the radio. Of course, it was inoperative. "Sigh..."

A movement caught his eye. From the tarnished sideview mirror, he saw someone, a blonde. He snapped around to look through the rear window as she scurried away towards a ridge, but the window was clouded to the point of a late-stage cataract. Stepping out, he saw no one, but heard leaves crunching.

"Wait!" He bounded, following the sound, but when he got to the ridge, nothing but bare trees, an ocean of leaves, the whistling wind. The sun was setting with an unsettling speed. He could keep going, get lost in the dark, risk running into a bear, or he could spend the night safely in the sports car.

Back in the car, resigned to a long stretch before daybreak, he lit an L&M, snapped the lighter shut, and attempted to roll the window down. The handle broke off in his hand. "Sheesh," he said. He thought to wind his watch. For whatever reason, it will be good, at least, to know what time it is. His stomach grumbled. He reached into his jacket's pocket for all he had in the way of food, the better part of a pack of Life Savers and a single NoDoz. Okay, the NoDoz is breakfast. The question regarding the Life Savers was whether to dole them out one at a time, or consume them all at once and call it dinner? Dinner it was, appeasing the angry stomach for a bit.

As dusk rapidly gained ground, he dozed off, waking with a start to find himself surrounded by ink black. He flicked the lighter to read his watch, hoping dawn was near. The dial read: 7:43. "It's going to be a long night," he groaned, shifting in the seat, trying to find a comfy position to sleep in, to no avail. It began to rain, gently at first, then a torrent. "Thank God it's a hardtop," he thought before a drop hit his shoulder, then another, and within a few minutes, a steady stream through a rust hole. He got out, ran to the other side, but the door was rusted tight, solid as if welded. Cursing, he raced back, hopped in, managed to crawl over the stick shift, and settled into the dry shotgun seat, wide awake.

Eventually he fell asleep, and dreamed. He dreamed he was walking in a clean and empty city of enormous glass skyscrapers, blue glass and green glass, one or two a reflective gold glass. The avenues were broad, and the streets narrow, single lane, almost medieval in their narrowness. Walking along an avenue, he spotted a couple, a block ahead, entering a shop, Claire's Candies. He ran ahead, but when he got there the shop was empty.

He woke, ran a hand over his face, and got out the lighter. His watch read, by the flicker of the flame, 9:17. "Ooh... This is going to be an eternal night..." It was, and fitful: the discomfort, the hunger. His solace was the steady rhythm of the rain on the rooftop.

When he woke the next time, the sky was clear and shining. He felt liberated to step out and stretch, the air clean and fragrant with the scent of moldering maple leaves. He chewed the NoDoz, rolled its wrapper into a tiny ball, tossed it aside, and reached for the glorious heavens. He knocked out 30 pushups and squat thrusts. Not too much, he had to reserve his energy, but it felt positive to reclaim mobility, to reassert himself against an unforgiving universe. He thought to listen, again, for traffic. No sound. "Well, it's early, Sunday." The sun felt good. The bare trees allowed the beams hit him with force.

Then he noticed it. Smoke. Not forest fire smoke. Cooking smoke. Excited, laughing with a joy, he jogged along, following the scent. It led him back to the ridge. He scooted along its edge until he came to a cabin, a tarpaper shack below, smoke wafting from its chimney. He scurried down the ravine, kicking up leaves, to the door, so grateful, so very grateful. He knocked.

She opened the door, the blonde from yesterday, looked at him with a poised bemusement, her green eyes serene.

She said nothing, just looked, her head at a questioning tilt.

He felt foolish, then annoyed. "Gosh, do you know the way out? I mean, would you be so kind as to send this stranger in the right direction?" He rubbed his right elbow with the palm of his left hand, then ran his hand up the back of his head. His eyebrows were raised. He said, "I'm lost! I need to get back to the parking lot, to my car." He thought, "And how about offering me a bite? I'm hungry, dammit! You've got pancakes on the griddle, a pot of coffee brewed! I’m starving, you beautiful idiot! But even if you're too dense to offer me something to eat, point me towards my car!" If thoughts could scream, his did.

Her right hand on the door jamb, she looked at him, bemused, a slight smile, and said, with a tiny shake of her head, "Don't you know? Didn't anyone tell you? This is it. This is the end of the line."