Thought leader and all of its execrable derivatives are among the most confusing and useless buzz terms I’ve ever encountered. 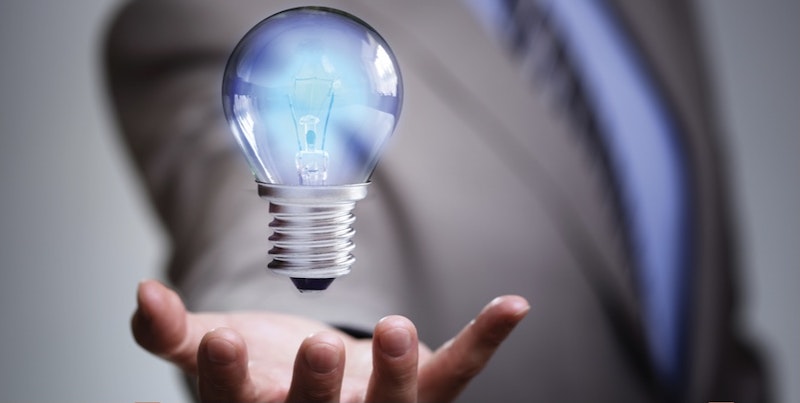 I recall the first time I heard the obnoxious term “thought leader.” I was sitting in the conference room of an Augusta, Georgia marketing agency, listening to a presentation from a team that my employer had just signed a service contract with. As the immaculately-dressed employees of the agency sat upright at the long, rectangular table—in stark contrast to colleagues and me who were bedraggled by the day’s travel—they provided us with verbal reminders as to the services that had been promised to us in exchange for having wired over a hefty fee.

Most of the offerings they rattled off—press releases, email blasts and branding assistance—were the standard fare now expected out of most marketing agencies. However, my curiosity was piqued when the manager of our new adjunct marketing team informed us that they’d also draft and publish a white paper on our behalf before sending that document out to other established players within the industry.

Just as I was pondering what logic might lurk behind the act of commissioning a third-party agency to draft and submit a white paper—a document outlining our philosophy on, and solution to, a complex industry issue—on the behalf of our company, one of the junior marketers on their team piped up, and with a rehearsed grin on her face declared, “And then you guys will be thought leaders!”

I immediately turned to face this young woman, more than likely with an inquisitive look on my face. My motion and expression clearly registered with her, because she turned away from my eyes and retreated into a glass of ice water. The combination of the young woman’s firm pronouncement of our thought leadership potential, and timid withdrawal from the tacit suggestion that she might have to defend that decree, convinced me she had no conviction whatsoever to back her statement. It had merely been a pot-sweetener that she wasn’t prepared to follow up on.

Even though the definition of thought leadership hadn’t been directly explained to me, I innately knew that the path her agency was proposing that we follow was misguided. How could we be perceived as leaders in an area of thought if our most compelling thoughts were purchased from a third party who’d been paid to manufacture them?

I was only beginning to dabble in the absurdity of the thought leadership farce. Since then, in my capacity as a freelance writer, I’ve been asked to draft entire thought-leadership editorials for numerous corporate executives, frequently with minimal input from the executives credited with authoring the content. Somehow, all of this is subsumed beneath the label of “thought leadership” despite the fact that no actual thought or leadership was displayed during the production process. In some cases, I was even tasked with providing whole-cloth solutions to problems I wasn’t aware existed, and would then affix the names of those executives atop whatever stream of consciousness proceeded from my brain and onto the page, often delving into topics I never considered significant in the first place.

With the passage of time, and the accumulation of direct experience with the subject matter, I learned that all four of my core suppositions related to thought leadership were absolutely correct.

—Thought leadership is a fake term. Thought leader and all of its execrable derivatives are among the most confusing and useless buzz terms I’ve ever encountered. Then again, this is often the case when two words with clear meanings are pasted together for the purpose of identifying and measuring something heretofore unclassifiable, like emotional intelligence. At the same time, there’s a chance that the newly-coined term is simply the result of affixing a gaudy label to something that has already been more effectively defined through more reliable measures—again, like emotional intelligence.

Like emotional intelligence and street smarts, thought leadership is a bulwark for people who’ve rarely been able to demonstrate the attributes reflected by the second words in all of these two-word constructions. Those whose lives are bereft of the trappings that accompany measurable intelligence, smarts and leadership can take solace in the fact that they possess versions of these traits that are simultaneously less quantifiable and more sophisticated, like ineffable forms of abstract art. Unfortunately, like several other concepts that are completely imaginary and amorphous, these measurements often lack any practical value other than to inflate the egos of those said to possess them.

—The evidence of thought leadership is apocryphal. Accepted evidence of thought leadership commonly takes the form of essays, papers, columns, articles, videos, or other forms of content that express high-level opinions on issues ranging from commonplace to obscure, along with proffered solutions to those problems. Those solutions are commonly attributed to a single individual seated atop an organization’s hierarchy, often the CEO of the company.

In reality, few of the columns and essays positioned as thought leadership’s byproducts are legitimate. Instead, these offerings are commonly steeped in artificiality, generated in a by-committee fashion, and often by corporate underlings several hierarchical levels removed from the leaders of the organizations they serve.

—Most thought-leadership platforms are rented. Perhaps a majority of the space allocated to the musings of thought leaders is corporately purchased, permitting spurious thought leaders to bask in bylines that often reflect nothing other than the largesse of the companies they serve. Many thought leaders begin by asking their employees to fabricate thoughts on their behalf, and then pay a third party for the space to fraudulently share those thoughts with others as their own. The only true leadership displayed in the entire process involves brokering the transaction that delivers thoughts to point B from point A.

One of the beautiful characteristics of capitalism is that someone will unfailingly identify a way to commodify and monetize everything. This is a practice that creates jobs and feeds families, and I’m all for it. However, an entire thought-leadership vanity industry has been erected around the practice of crediting leaders with thoughts that weren’t theirs, and then allowing them to publicly present those thoughts for a fee. The penny-for-your-thoughts idiom has a hidden kernel of truth to it that’s made evident by this scenario: If I have to pay you to read my thoughts, they’re probably worth far less than a penny.

—“Thought leader” isn’t a label that a true leader would strive to possess. The ultimate paradox to thought leadership is how the process by which thought leadership pieces are crafted betrays a startling absence of legitimate leadership. Theoretically, when companies manufacture evidence of thought leadership, they may be doing so as strategic posturing that conceals a dearth of verifiable successes borne out of any authentic leadership activities—like profitability, satisfied employees, pleased shareholders and loyal customers.

Most insufferable is when managers, executives, and others with a measure of power within their workplaces begin to self-identify as thought leaders. Take a moment to perform a closed-quote LinkedIn search for the term “thought leader” and you’ll see what I mean. The last time I checked, about 97,000 business leaders had added “thought leader” to their LinkedIn bios.

Thought leader isn’t a job position at any company I’ve ever come across. It’s one of those titles that smacks of a mixture of pretension and obliviousness. Any person influential enough to be identified as a thought leader is probably so accomplished that “thought leader” is the least of the titles they’d take refuge behind. If you have to tell someone you’re a thought leader, you’re probably not one.