On Reparations and Empires 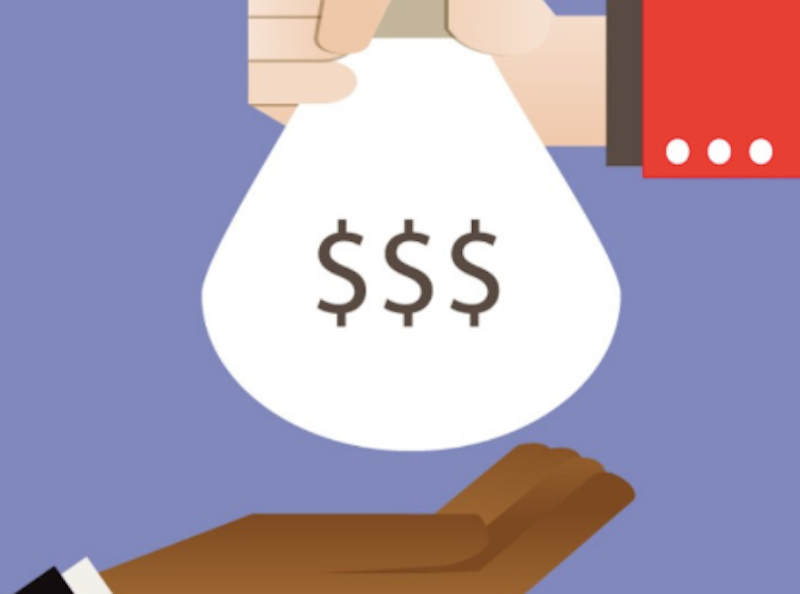 Leftist Freddie de Boer has beaten this right-wing reactionary to something important: an argument for what he calls a “materialist” solution to the plight of American descendants of slavery.

I’ve long scandalized my Republican acquaintances here in Indiana with my advocacy of the idea that we should just pour heaps of cash on each and every native-born citizen who can claim an American slave antecedent. Give every one of them enough for it to matter—50 grand? A hundred? I’m not sure. The details remain to be crunched. But if the details could get complicated, the result of such a cash-dump would be beautifully simple: instant equity, instant progress in the direction of economic power. And economic power is what it’s all about.

We could drum up the necessary money by defunding (to borrow a word) the Pentagon and our security services; by cancelling any planned “infrastructure spending,” which in America means spending on auto infrastructure, to accommodate the SUVs of the slovenly and the adipose; by cutting off all foreign aid; and by taxing the legions of the wicked, chief among them that triumvirate of devils who go by the deceivingly innocuous names of “Bill,” “Jeff,” and “Mark.”

But even if none of that were to happen, I’d support printing money to get the job done, too, and inflation be damned. Here at the Harris homestead, we grow most of our own food rather than purchase it. We buy clothing rarely and then typically only from Land’s End, several purveyors of well-crafted and reasonably-priced men’s leather sandals, and the haberdasher who supplies the feathered Tyrol hats to which I’ve lately taken a shine. And we avoid Big Energy, having discovered the sustainable pleasures of burning peat, and having curtailed our automobile usage: these days, to get the groceries we need, Mother simply walks the seven-odd miles along the state road to the nearest Walmart, backpack on her back and pushing our most capacious wheelbarrow. (Then she walks back.)

So go ahead, debauch the currency. It will make little difference to us.

A handy way of determining which world-spanning empires were worth the name and the effort and which, on the other hand, were massive wastes of time, money, and human life—empires run by chumps—is to take a peek at the ruins they left behind.

The Romans’ ruins are still extant across the Mediterranean basin—and beyond, as anyone will know who, wandering across the moors one day, happened to trip over Hadrian’s Wall. Greek ruins are similarly widespread, still holding strong across the Mediterranean, into the interior of Asia Minor, and across the littorals of the lands ringing the Black Sea—and beyond. Ottoman ruins, too, scatter not only North Africa, but also the Balkan countries. I’ve heard tell of churches in those countries the towers of which are in fact retrofitted minarets.

Worthy are the empires that leave behind such long-lived structures! And that’s not even to mention the intangible elements that these empires left behind—the legacies cultural and linguistic, and so on.

(Then there’s the glorious Russian Empire, in both its Romanov and its Soviet guises. What gifts it bequeathed to its dominions! What treasures it left behind! But I could go on all night on this theme, and so better leave it for another time.)

The photo accompanying this AP article shows what our American empire left behind in the Afghanistan from which it’s just been chased like a dog: an automobile graveyard, a scrapheap—or, if you’d like, a sort of high-desert Middle East recreation of a big-box-store parking lot. The summum of our civilization: scraps of vehicular trash, pollutant garbage lined up to oxidize in the sun.

Whereas (I can’t resist) my beloved Russians, in the wake of their own retreat from Afghanistan, at least left behind them a developed electric grid, a network of Machine Tractor Stations that functioned throughout a handful of model collective farms, and the rudiments of general education system that placed at its center the Great Russian tongue in all of its beauty. Little enough, I admit. But think of what the Russians could’ve accomplished if Fate had smiled on their Russian adventure, and if the CIA had not armed the Pashtuns!