Every Face Is Different

On a need-to-know basis, we absorb the latest news cycles like a plant's photosynthesis. 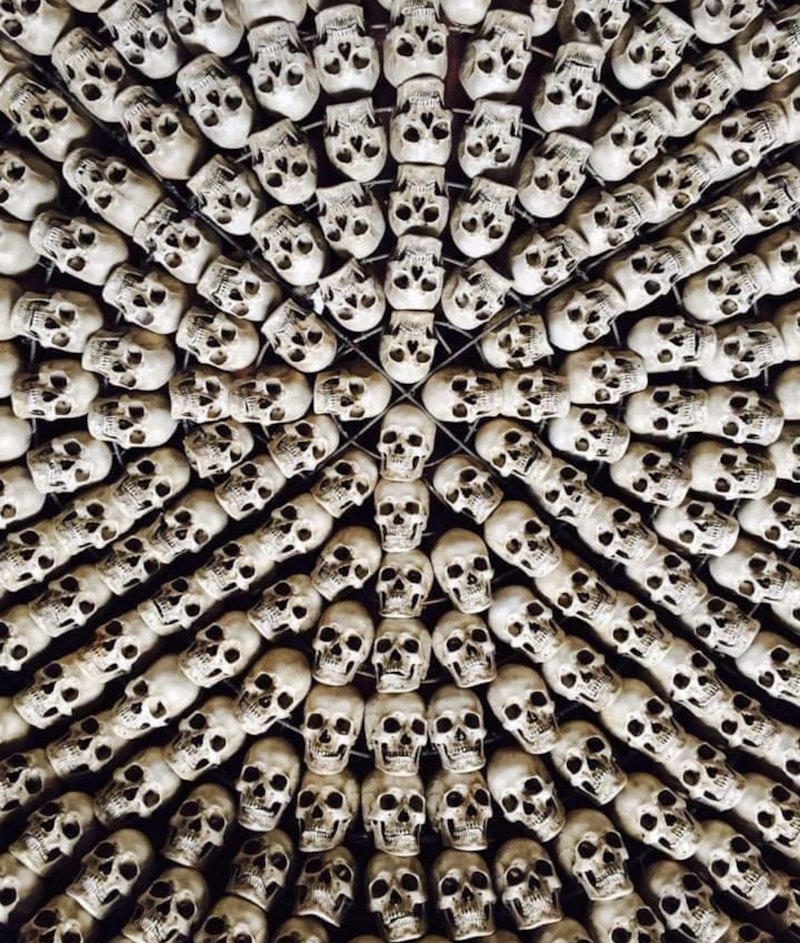 Those yellowed brittle snapshots in the desk drawer display strange faces and places seemingly recognizable and vaguely familiar yet completely unknown. Friends and relations become forgotten relics. A friend of another friend told you something, and it must be true. All the details you didn't want to know about people you never met, much less remember their names. Those "friends" on social media. The intimate details of your sex life, medical history, credit scores, and bathroom habits on public record. Too much information out there begging for your complete attention. It's a private audience of one, all about you. But it's all about them too. On a need-to-know basis, we absorb the latest news cycles like a plant's photosynthesis. Without nourishment, it will wither and die. It possesses you, a personal demon, in your mirror image, terror-filled phantoms of self-doubt. Did this or that happen? Was I there? Who are you? The dementia of too much intel.

Reading between the lines, you'll see the stale chaotic static of disbelief. Dumbfounded by too much information. All the useless stuff that fills in the blanks of crowded minds. Choosing an "any which way the wind blows" attitude over fundamental truth. It's convenient accepting what comes down the pike. The media would have you embrace party lines drawn in the same sand your head’s stuck in. People hiding under rocks, kept in the dark, spoon-fed in the inner recesses caverns, a saccharine pabulum watching silhouettes dance. They hear and see stimuli. But, just below the surface, illusions speak, eating away, stepping to a snappy tune. Dancing a jig in the cartoon's brain's wildest music of imagination. It may be the residue of daydreams.There’s always more to the made-up story, the propaganda of knowing nothing versus something less known. I know that face but can't place the name.

Sawdust puppet heads dole out the latest dirt on people of zero consequence to you. Do we need to know the newest poop on Britney Spears or scrutinize Bill Cosby? Jennifer Lopez and Ben Affleck mean less than ever. The recent scandal is titillating, and someone’s always left holding a bag of touchy stuff. Who gives a flying fuck what celebrity adorns the latest tabloid magazine cover? A lot do, for the religious devotion of celebrity worships a national pastime. Is it any wonder we're in a state of moral decay?

Subliminal messages are nothing new, and advertisers use soundbytes to drill consumer spending trends into your recycling brain stem. Everything from light beer to disposable underwear sucks people into the vortex of desire. A better toilet paper, the best dog food, the next big high-tech innovation, can't wait to fill your credit card purchases. But, unfortunately, the future has arrived too late at the party, and parties ain't what they used to be.

Ignorance is an invisible commodity like bitcoin pocket change in Elon Musk’s trousers. Along with Branson and Bezos playing astronauts in some science fiction space-age big boy rocket game. Their unlimited disposable incomes squander fortunes on some bizarre master of the universe's delusional fantasy. Meanwhile, the clueless adoring public gobbles it up, still hungry, waiting in line for sloppy seconds to the smorgasbord of all-you-can-eat pseudo-news, starved in the fast-food franchises empty-calorie information highway to nowhere. As a result, America’s an expired idea. A tired concept measured by the currency of symbolic flags, banners, bibles, guns, moms, and a big slice of the dreamy pie. Get in the goose-step, baby. Patriotic duty comes into question when there's no substance to the standard foundation of sandcastle ideals and misguided beliefs. Meanwhile, people are starving, waiting at the precipice of society at large. While the affluent play golf.

On a serious yet humorous note, a day doesn't go by without receiving a "friend request," on Fakebook from a pornbot. The computer-generated page profiles from alleged scantily-clad young ladies with funny names and sexy photo profile pics. Names like Sylvia Sullenberger Martin or Victoria Ashton Mueller. I don't know why they have three-name titles. Every post says the same thing, but every face is different.