A paean to lampposts of the past, before the scourge of LEDs arrived. 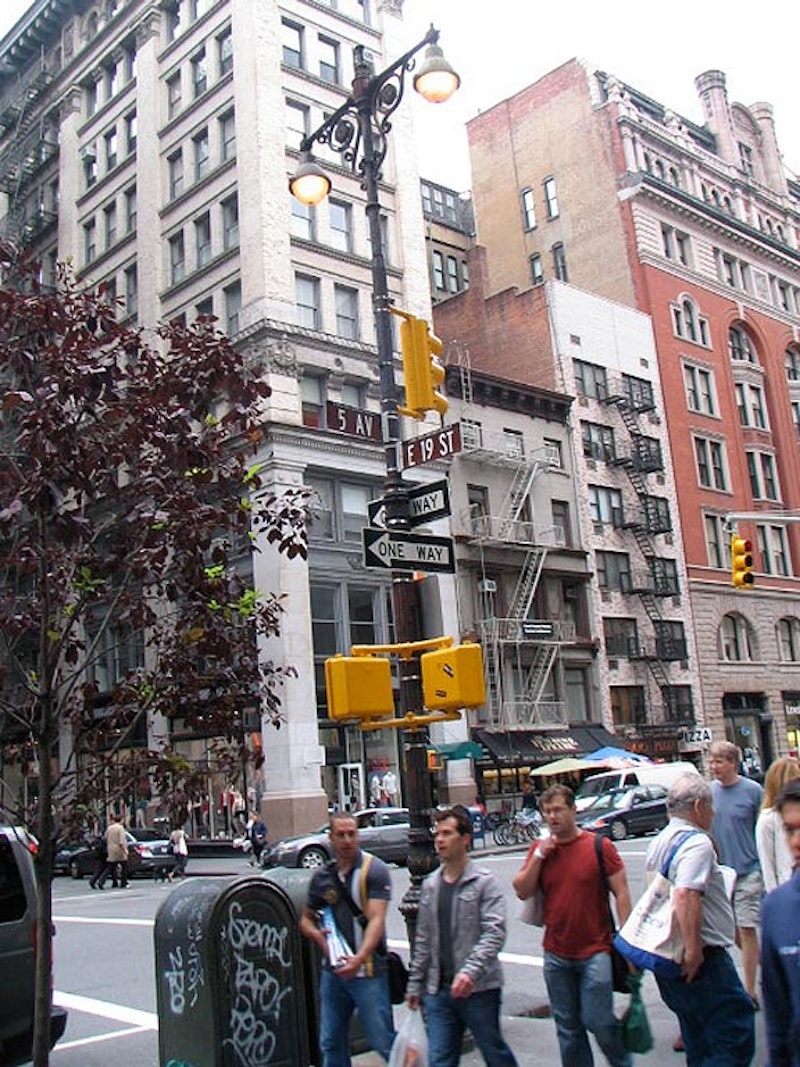 So far at Splice Today, over the five years I’ve written here, I’ve stayed away from one of my passions: lampposts. I first became hooked on them when all the lampposts I knew when very young in my neighborhood in Bay Ridge were rooted out and scrapped and replaced with the modern models seen in the streets today. Why I have remained fascinated, I can’t say, but it was in the mid-1990s that I became aware that there were other lamppost fanatics such as myself, and discovered still more when Facebook entered my consciousness approximately a dozen years ago. Today I’ll go over one of my favorite old streetlamps and the corner that it dominates. 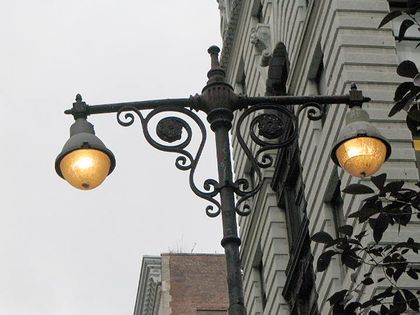 Barely a dozen of these posts, known unofficially as Type 24M Twinlamps, now exist, with a few concentrated around 5th Ave. between 19th and 32nd Sts. There are also a few left in City Hall Park, and since they’re so close to City Hall, they’ve been made inaccessible to us after the events of 9/11. There’s one at 6th Ave. and Walker St. in Tribeca. There’s also a unique one with a wide base uptown at Amsterdam Ave. and W. 143rd. That’s about it. For many years my favorite was the one here at 5th and 19th—its incandescent bulbs were lit 24/7 for several years until the pole was painted and the lamps turned off during the day. As you can see, its yellow incandescent bulbs still function.

The apex of the central spire, called the finial, has dropped off at some indeterminate time in the past. The lamp fixtures are third generation, Westinghouse luminaires that first appeared in the 1950s. They were soon found adaptable in ways that the other NYC incandescents of the period never were, and the “cups” could be found on almost every lamppost or telephone pole mast the Department of Traffic (now Transportation) had in its arsenal; they even began taking over from the former bell-shaped fixtures on the 5th Ave. Twins. In this case, they were allowed to keep their original gun metal gray color and weren’t painted chocolate brown to match the rest of the post. 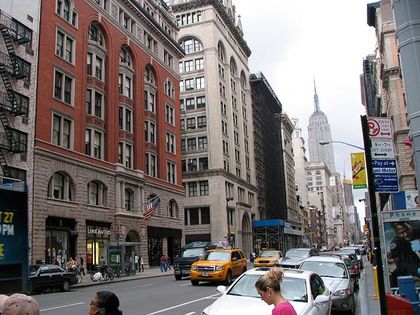 There are other things to see at 5th and 19th. There’s the store window at Victoria’s Secret, in which pictures of nearly nude women are employed to… get women into the store to buy clothing. The King of All Buildings, the Empire State, is prominent on lower 5th. #150 Fifth, the brown brick building at left, was the site of my first job out of school, at a textbook printer called Lexigraphics. According to Jim Naureckas’ Songlines, sugar baron Robert L. Stuart built the building across 20th to the north. Both buildings date to the early-1890s, a period when architecture in America was at its peak. 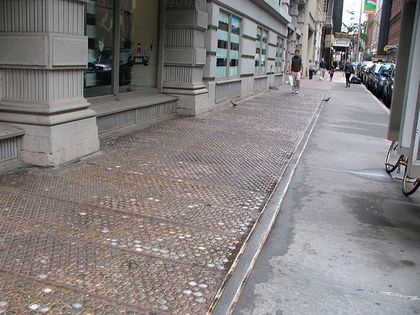 135 Fifth, at the northeast corner, built in 1900, features a wide skylight wrapping around the corner. Intense sun will sometimes make the glass in these old skylights turn purple but that hasn’t happened here. Skylights like this were used so sunlight could readily seep in and building owners could save on electricity. 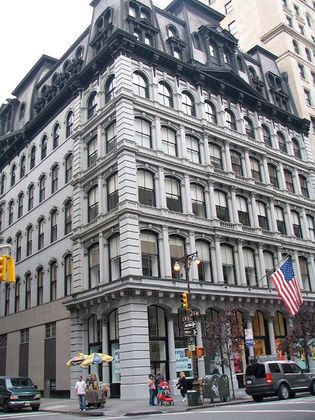 Arnold Constable & Company once occupied this building, in front of which the Twinlamp stands. Constable is a former department store chain in the New York City metropolitan area. At one point it was the oldest department store in America, operating from 1825 to its closure in 1975. At the company's peak, its flagship "Palace of Trade" in Manhattan—located at 881-887 Broadway at E. 19th St., through to 115 5th Ave.—was acknowledged to be the store which took the largest portion of the "carriage trade," in New York, serving the rich and elite of the city, such as Grover Cleveland, Andrew Carnegie, Thomas Edison, J.P. Morgan, John D. Rockefeller and Cornelius Vanderbilt. 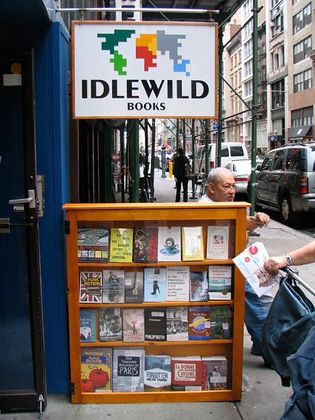 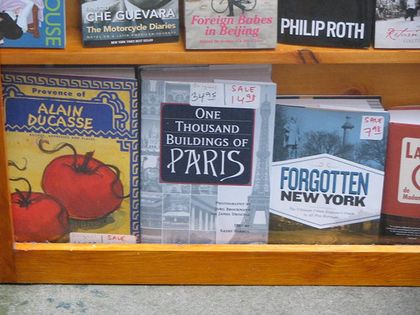 One of my favorite bookshops in town is Idlewild Travel Books, located until recently on W. 19th near 5th, which also offers foreign language lessons. It’s named for the vast region in southern Queens where John F. Kennedy Airport was constructed in the 1940s.