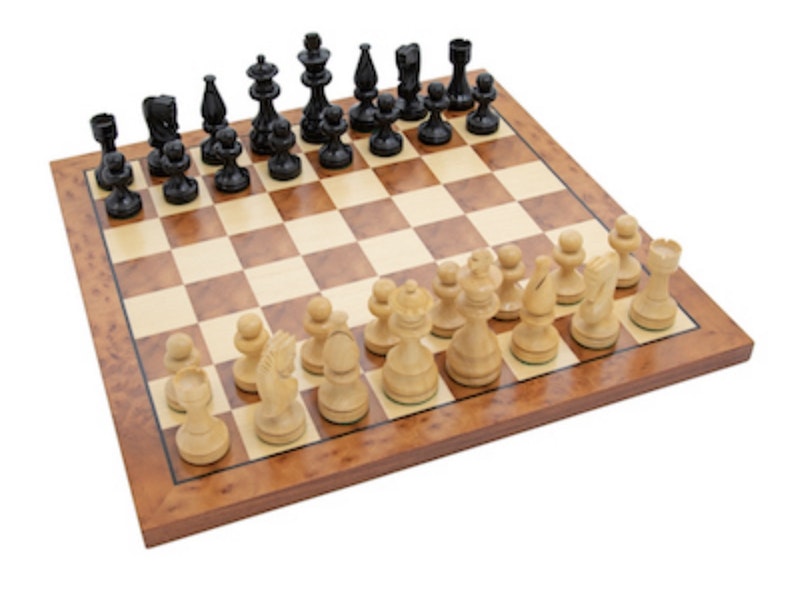 In celebration of her 14th birthday, Roger and Darla dined at Ye Surfside Coach House. It was then and there that Darla announced her plan. "Roger, darlingest, do you know what I'd like to be? I'd like to be mayor of Beachwood. And here is how I think I can do it, no muss, no fuss..."

(Old and exclusive Beachwood has its own government within the larger government of Prentice.)

Roger wasn't entirely taken aback. A few months ago it would've seemed crazy. But since then Darla has ingratiated herself to the community via Back o' the Barn in Beachwood, with a satellite opening in Prentice proper. She was a respected, even beloved, church-going civic-minded young businesswoman: a member of the Chamber of Commerce and the Rotarians, secretary of the Beachwood Citizen Council. In fact, many marveled at her boundless energy.

Darla's newly affected accent gave Roger such a thrill. It was as if he'd married a bubblegum delinquent and had inherited a woman of stature.

Roger raised his wineglass and said, "To the next mayor of Beachwood!"

Seated at his office desk, Johannes Bok was jangled from a centerfold-induced reverie with the nettling buzz of the intercom. Irked, Bok pressed a tab and barely tried to contain his annoyance, "Yes! What is it, Mrs. Olsted!"

"Sunnyside Rest Home on the line. It sounds urgent."

Bok picked up the phone and was officially informed of Agnes' death. Barrymore worthy, he feigned surprise and grief, told them he'd be there shortly to settle any paperwork, etc.

The caller added, "You and Mildred can take some comfort in knowing that Agnes died very peacefully, it seems. In fact, she'd fallen asleep while reading McCall's. I cannot imagine a better way to go."

"Yes, yes. I agree. Thank you so v-very... very much. We'd like to have Agnes cremated and we will bury her ashes here in Prentice."

"As you wish, Dr. Bok. Again, I am so sorry. Please convey our most profound condolences to Mildred." Johannes hung up the phone, stood and performed a little jig. "Yes!"

A week later, crossing endless prairie on his return from Sunnyside, Johannes veered to the side of the road, skipped out and hurled the urn with all of his might into the flatland. It shattered against a rock. "Well, that is that, Agnes! Rest in pieces!"

Johannes told only a few about Agnes' death and the alleged funeral. A week later, he put on the long face claiming that Mildred had died shortly after the funeral and was buried next to her mother. "I'm afraid the stress and the grief were too much." The Prentice Crier ran an obituary that some bothered to read. Agnes' will would have left a tidy sum to Mildred. But in the case of being predeceased by her daughter, not wanting a cent to go to her detested son-in-law, Agnes specified it go in toto to the March of Dimes.

Tapping his fingertips together, Johannes sighed, "Case settled. I should have known the old crow wouldn't let me grab her dough. Fair enough. Regardless, as things stand, I am worth close to a quarter-million, all told. Probably look bad if I bought a Jaguar just now. I'll wait a month. Meanwhile," glancing at his watch, "I'll pay a visit to my new gal. Audrey should be good and doped for the night."

His wealth and bachelorhood status sinking in, it dawned on Johannes that his odds of bagging a sweet young thing were not really all that shabby. "Audrey for now, but let's see what the employment agency coughs up. I'm on the sunny side of 50, not ready for the glue factory just yet. I'm One a Day, not Geritol! Time to get in my licks before the curtain drops."

At Beachwood's next town meeting Darla stood and announced the tossing of her Dior hat in the ring for mayorship. Del Vaughn, the treasurer, said, "Mrs. Cheshire, I will say that you are the sweetest little ol' thing to arrive here'bouts in a coon's age. And you have proved an asset to our humble hamlet in so many ways. But you must understand, honey chile, mayor is a man's job." As he spoke with chuffed confidence to the attended, he directed a smile of condescension to Darla.

Darla spoke to Mayor Dan Meyer. "Mr. Mayor, do you feel that your job is beyond a woman's capabilities? Beyond her intellect? If so, surely you would see her as your inferior in the manly game of chess?"

As all Beachwood knew, Dan Meyer was the local uncontested chess champion, high school all-star and statewide competitor. The Meyers' living room mantle was adorned with trophies, lesser ones in the rec room. He removed his glasses, nodded and smiled, "Well, yes. If a woman were to best me at the chessboard, I would have to concede her equal, nay superior, intellect. However, as everyone knows, that could never..."

"Mr. Mayor, I hereby challenge you to a game of chess. One game, winner take all! Beachwood Park this Saturday at high noon. If you win, I will donate $500 to the charity of your choice. If I win, you will hand over your job to me."

"Mrs. Cheshire, I welcome this golden opportunity to assist the poor! Saturday at noon it is."

Saturday at 12:34 Dan Meyer sat on a park bench, alone, holding a check for $500, wondering, "What in the name of all that is holy just happened?"

"Yes, Mrs. Olsted, send her in." Johannes settled back in his swivel chair as Miss Lolly Buxley entered his office. Just what the doctor ordered! El perfecto! Have you ever seen a dream walking? Johannes has!

Miss Buxley was hired, Mrs. Olsted given one week's severance, and a date was made for drinks and din-din, out of town, Johannes to pick Lolly up at her apartment at 8:00.

"To Hades with Audrey. You are in high cotton, Johannes, old boy!"

Doc Bok hightailed it to the Jaguar dealership before closing and drove off the lot in a new British Racing Green Jaguar sedan. He waved ta-ta to the Lark and all the quotidian practicality it represented, hurried home to shower and prepare for a night on the town. He tingled from scalp to toes.

At 8:00 sharp, he rode the elevator to the second floor of a modern apartment complex. Feeling his oats in a snazzy madras jacket and ox-blood ascot, bouquet in hand, Johannes found 2B and pressed Lolly's buzzer. After what seemed an agonizing eternity but was really just a half-minute, she opened the door. Handing her the flowers with a slight bow, Johannes crossed the threshold, entering a new realm. In a tight black cocktail dress, Lolly Buxley stood in blonde barefoot magnificence on the dove-gray wall-to-wall carpet. The white walls magnified her radiant beauty. She handed Johannes a lit marijuana cigarette, half-smoked. Her Prussian blue eyes were scintillating. An arm over the back of his neck, she breathed in his ear, "Would you mind terribly skipping dinner? What say we stay in and, um, play doctor, Dr. Bok?"