How Fucked is Our Planet?

We love being terrified. 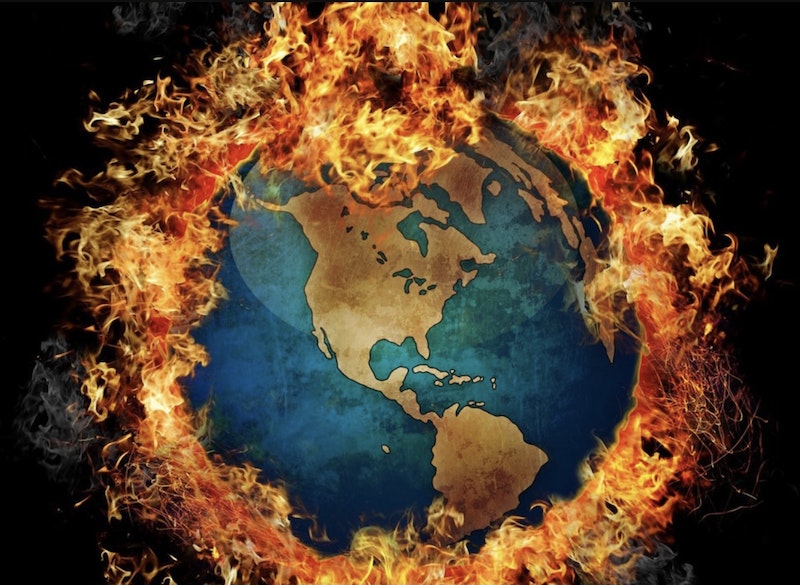 There’s an article at The Atlantic written by someone smart whose headline reads, “The Internet is Rotting.” This is the kind of headline that’s designed to confirm the feeling that many educated readers have… the feeling that the Internet takes up too much space in our lives and that it’s not what it should or could be. Instead, it’s a mine field of headlines designed to capture our attention. “The ____ is ______ .” is the simplest formula. Tell the people the extreme thought in the shortest amount of words… if you hope to gain eyeballs.

“Our Planet is Fucked!” isn’t quite cerebral enough. The title An Inconvenient Truth was both cerebral and highbrow. How inconvenient it will be… when our Planet Is Totally Fucked!

The Uninhabitable Earth: Life After Warming is the perfect title for a book about how fucked our planet will indeed be. David Wallace-Wells wrote the article for The Atlantic in 2017 and afterward he and his agent realized the long essay had struck the perfect balance between environmental awareness, alarmist future-focus, and straight up intellectualized fear. He milked it and expanded it into a best-selling book.

There’s a simple reason apocalyptic thrillers are blockbuster hits. We love being terrified. Fortunately for David Wallace-Wells, his environmentally-focused version of an apocalyptic thriller was released the year before our collective reality became a pandemic-related apocalyptic thriller. Our appetites for those have temporarily decreased. According to a recent Gallup Poll, Americans are currently feeling the happiest and most grateful about their lives they’ve felt (59.2 percent say they are “thriving”) since 2008. It turns out all it takes for us Americans to appreciate our lives is a pandemic.

I’m reading a novel about mankind’s destruction of the natural world. It’s titled The Overstory. If it were an article in your Facebook or Twitter feed, you’d probably skim right by it. Where’s the fear? Where’s the apocalypse? Richard Powers wrote a sprawling tale of environmental activism. It is beautiful and at 500 pages quite an undertaking. When an author writes a 500-page novel, the audience is clear. Readers of books! Not readers of the Internet! I’ve never been a fast reader. The internet has diminished my book-reading abilities. My desire to write consistently interferes with my desire to read. And yet I’m just stubborn enough to keep buying paperbacks and putting them in stacks all around me.

So, after a month-long pause, I’m diving back in to The Overstory. It’s a quiet Tuesday morning. I’ve dropped my daughter off at preschool. I’ve walked the dogs. I’ve made the coffee. It’s always chilly on summer mornings here in the Bay Area, but 51 degrees with a bitter wind is excessive. The cold and windy Bay Area, while Southern Oregon and Nevada have set records for heat. The daily low in Death Valley was 107 degrees recently, setting yet another record. The record book might as well be left out on the sidewalk, ready to burst into flames next to a frying egg. But back here in El Cerrito, as my little girl was buckling herself into her car seat, she shivered and declared, “I want to be hot!”

To confirm: The Internet is rotting. Earth and all the creatures here… we will be collectively and continually fucked. Reading is harder than ever and the majority of humans who’ve been introduced to screens would rather watch a video than read. And you can stop reading now and I’ll get back to it.