The Silly Gentile Lady and the Jew 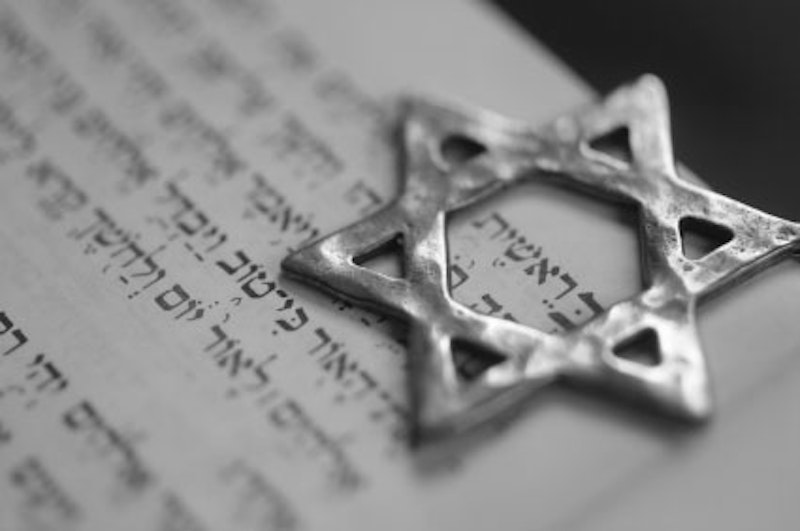 The year before Adolf Hitler showed the world what's what, a valiantly open-minded woman published an essay in The Atlantic. “I Married a Jew” relates how the woman, a German-American, explained Jews and gentiles to her Jewish husband. (Jonathan Chait has made bitter fun of the piece.) The beautiful thing about this woman is that she's above pettiness. She glides on wafts of superior perception, glancing down fondly at the tangled, intersecting viewpoints of those who can't handle the complete terrain. Often enough she makes a good point, because she's no dummy. But all the time, non-stop, she is being a fool.

The woman loves the old country, even with Hitler in charge. “I frequently find myself trying to see things from the Nazis' point of view and to have excuses for the things they do,” she writes. Refusing to give up either her opinions or her husband, the author must broaden her mind until it stretches from Charles Lindbergh to Alexander Portnoy. This she does. She manages to see the Third Reich as just another example of run-of-the-mill anti-Semitism, and to see anti-Semitism itself as being both a terrible thing and an ordinary accompaniment of Jewish-gentile life. In the next century, she wants to tell her husband, “the world will no more call Hitler a swine for expelling the Jews than it does Edward I of England, who did the same thing in the thirteenth century.”

The writer (she doesn't give her name) blames Jewish-gentile ugliness on the poor manners caused by each side's undue sense of superiority. The gibes and snickering, or “friction,” explain everything bad between Jews and gentiles over the ages, right up to rampages in which gentiles killed Jews at whim. But she sees the answer. The Jews just have to stop being snotty about gentiles and flagrantly Jewish in their speech and manners (since the author tends to roll clannishness and flagrant non-gentilism into the same ball as snottiness). Meanwhile, the gentiles have to stop sneering at Jews and blackballing them. If the gentiles give up being mean about Jews, and the Jews give up acting like Jews, everything can be resolved.

Manners: such a quaintsy-goysy, small-scale engine for world history. It's like the writer said hand washing in the bathroom was the foundation of universities and the arts. The writer has shorted out parts of her brain. “Intermarriage between Jews and gentiles” is now almost routine and excites “no more than passing comment,” she writes in an essay that's being published in a major magazine and is entitled “I Married a Jew.” She tells her husband that the big problem with a Jew who says he's a true citizen of his adoptive home is that he's still loyal to Jewry, so he “wants to have full citizenship in that country, yet retain his citizenship in the Jewish nation.” The woman who loves Deutschland wants to talk about divided loyalties.

Her essay gives us an extreme example of a familiar phenomenon: the mind that is highly busy but non-functioning. The woman has a gift for minute concentration upon semi-colons and balanced sentences; she's a polished writer of her kind. She can also tease out the birdseed trails that wind through a fancy argument. But she never thinks to look up and see what's around her: a world where Mein Kampf has been published and Kristallnacht has shocked non-Jews on two continents. She doesn't want to, so she has disabled the lobes necessary to register big events; the others hum along quite happily with her beadwork.

The result is a marvel, the piece that ran with this teaser: "'Mother,' I said quietly, 'remember the greatest Man who ever lived was a Jew—Jesus.' That held her for a minute. 'Yes,' she murmured, 'it is the great paradox.'" Now the essay has been dug out as a little monument to the stubbornness of viewpoint when presented with unwelcome facts. All the writer had to do was admit that Germany, much as she loved it, was doing things that were especially wrong. Thomas Mann and Marlene Dietrich managed as much. But what this fair-minded woman really loved was her opinions. She wouldn't let them go and now we get to laugh at her.