Should Anyone Write For Free?

Even on the Internet, you pay freelancers because they are making you money. 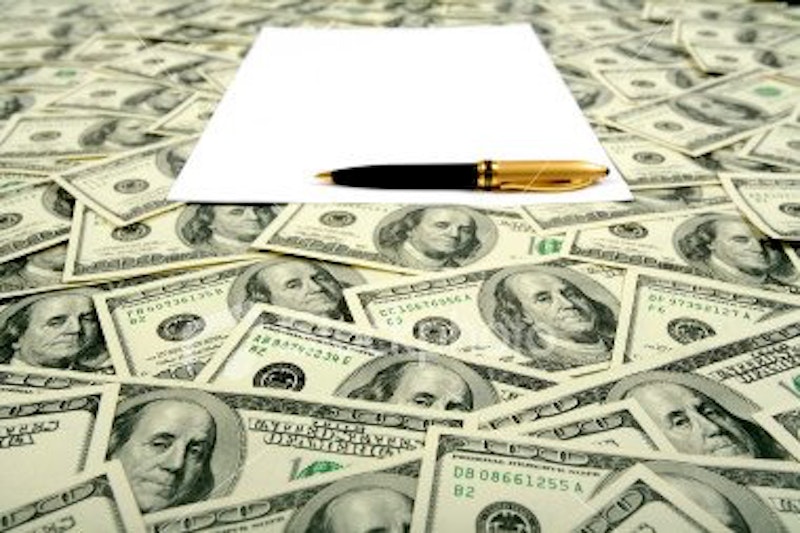 I had a mixed reaction to Tim Kreider's piece in The New York Times, headlined "Slaves of the Internet, Unite!" about free writing. I identify viscerally with Kreider's anger at requests to write for free. I get that too, on occasion, and yes, it’s maddening. As Kreider says, "People who would consider it a bizarre breach of conduct to expect anyone to give them a haircut or a can of soda at no cost will ask you, with a straight face and a clear conscience, whether you wouldn’t be willing to write an essay or draw an illustration for them for nothing."

Writing is how I make my living. When you ask me to write for free, you're telling me that my family is less important than your website. That's really presumptuous. But I'm not in a position to cast aspersions. I ask people to write for free all the time. I edit a comic and culture website The Hooded Utilitarian and our budget is $0, as Kreider might put it. We have a roster of wonderful writers, and I ask people to write guest posts with frequency, and nobody gets paid for anything.

So how do I reconcile my irritation at being exploited with my position as exploiter? Besides straightforward hypocrisy, that is? There are a couple of answers to that. First, for my own site, when I say nobody gets paid anything, I mean nobody. I don't make any money off of the site. There aren't any ads; there's not even a donation button. At various points I've experimented with trying to generate some revenue in various ways, but I've decided at this point that doing so isn't feasible. I could probably put ads up and make a little money, but not enough to pay everyone who contributes. I don't want to make money off other people's labor; if they're going to donate their time and energy to the site, the least I can do is donate my time and energy as well. HU is a hobby and a community, not a commercial endeavor. Along those lines, the people I ask to contribute are often frequent commenters, or people who’ve expressed interest on the site through social media—I don't just ask big names to contribute out of the blue, because, like I said, it’s presumptuous to ask someone to donate to your project if they haven't already expressed some interest.

And no, I don't tell people they'll get "exposure," both because the site isn't really big enough (we get approximately 1700-2000 unique hits a day) and because exposure is a two-way street. Yes, my platform may get your article some readers—but your article gives my platform readers too. Telling someone they should write for "exposure" is the equivalent of telling them that they need to pay you for their own good. It's a kind of career extortion. Better just to admit you're asking for a donation than to pretend you're doing someone a favor by profiting from his or her work.

And that's really the issue. I actually don't mind writing for free on occasion; Kreider says that nobody asks his sister to perform operations for free as a doctor, but I bet that she does occasionally dispense professional advice to friends or family for free, and that she occasionally makes charitable donations. Along the same lines, I'm happy to donate my talents and expertise (such as they are) to a worthy cause or to help out colleagues. I contributed to Sharon Marcus' Public Books for free because Marcus has written for my site and, more importantly, she’s amazing and it's an honor to help her out. I'm going to talk to a class of aspiring writers in a couple of weeks for free because the person who asked me is a friend and it sounds like fun. I write for HU for free all the time because it's my baby—and also because it gives me a chance to write about things that realistically no one is going to pay me for anywhere else. Like, for example, the discussion of genre in Gwyneth Jones' Phoenix Café, and how a coke bottle can be an indie comic.

I do resent it when for-profit companies want me to donate work as if they're charities. A few weeks back, an editor at Biology Online named Ofek called scientist and blogger Dr. Danielle Lee a "whore" when she politely refused to write for free. That's an extreme case, obviously, and as many commenters have said, it has more than a little to do with the discrimination that women of color face in the sciences. But it also has something to do with the way writing, and writers, are generally devalued. You see this in Derek Thompson's recent explanation of The Atlantic's relationship with freelancers.

"At TheAtlantic.com, for example, where most of our writing is done by full-time staff, we cannot promise freelancers the kind of money that will cover mortgages and clothes, for straightforward economic reasons. But we pay something, not only because paying nothing would lose us some wonderful pieces, but because it is our policy to pay professional journalists for original work. That other websites don't do this, or (less likely, but possibly) literally cannot afford to pay writers anything is unfortunate, but it is much more complex than gross exploitation."

Thompson is saying that The Atlantic pays freelancers as a matter of principle and aesthetics (not wanting to lose wonderful pieces). Conveniently elided is the possibility that, you know, you pay freelancers because they are making you money. I write for The Atlantic quite a bit, and they sell ads against those pieces. The Atlantic's business model is based in part on having a lot of content, and while most of that writing may be by full time staff, a lot of it is by freelancers too. You're not giving me charity when you pay me. On the contrary if, as Thompson suggests, "less money spent on freelancers can mean more money spent on writers' wages," then low wages for freelance writers are actually subsidizing better pay for staff writers. Which makes the condescending "we're paying you on principle unlike all those other sites so be grateful" line of reasoning from a staff writer even more infuriating.

While some of what he says grates, there's also a lot I agree with in Thompson's post. We both think that freelancers at The Atlantic should be paid. And part of what embitters Kreider, and me as well, is not so much the way Thompson frames the issue as the fact that that framing—pay as a matter of principle rather than because of the value of the services—is the de facto truth of the Internet. As Thompson told me in an email:

"As a moral consideration, I think it's unseemly for a site with paid advertising to adopt, as a policy, no payment for freelancers. But as a business consideration, it's obviously tantalizing. There are lots of people willing to write for free and, conceivably, audiences interested in reading the best of their work."

The fact that you could say the same about staff writers or editors only makes it more painful. Why copy edit when people are happy to read pieces with spelling errors? Why keep anyone on staff when you could just put up free content and run ads against it? Freelancers are the first to go to the wall, maybe, but the doom is coming for everyone.

Thompson's right when he says in his original piece that getting people to write for free can be enriching. Folks writing for free at HU have certainly enriched me personally, if not monetarily. But writing for free should be a gift, not an expectation.  Otherwise, as Kreider says, writers aren't much better than serfs.