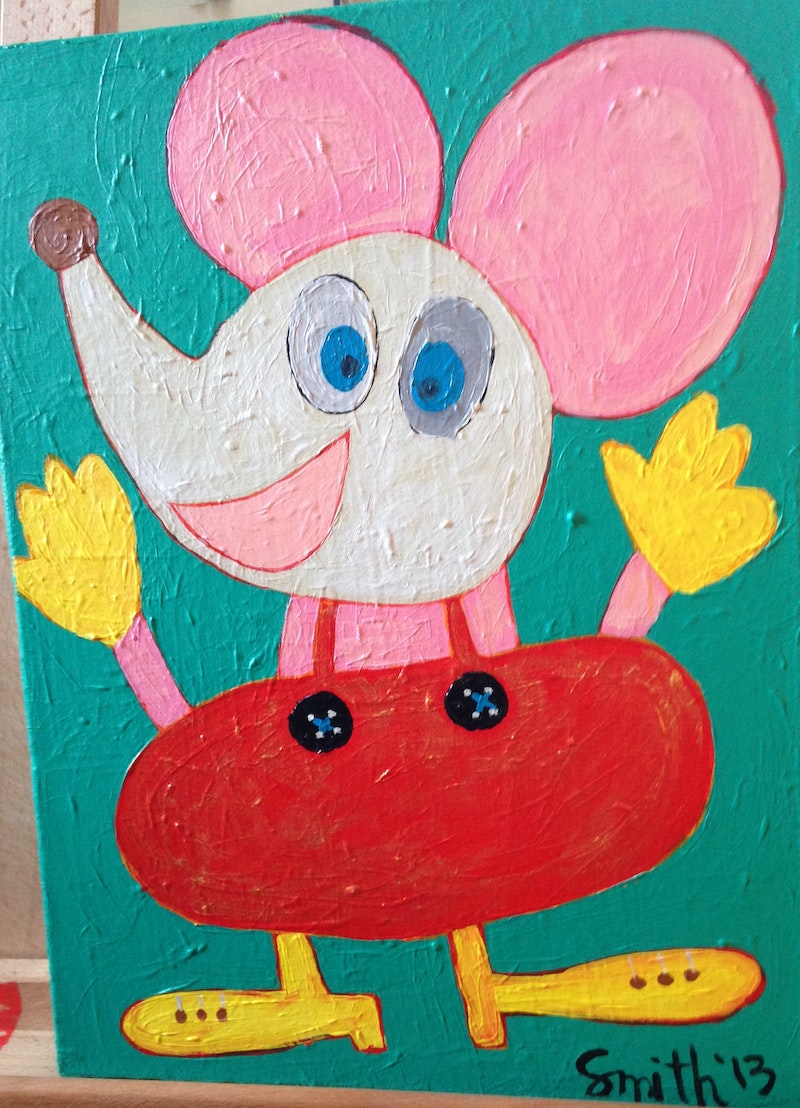 The last several days have left me under water, trying to surface and reclaim the sense of equilibrium that I rarely take for granted. Not saying the world flipped on its side, nothing so dramatic, but from a Saturday morning visit my son Booker and I took to Baltimore’s Fells Point, where a delightful (and no doubt illegal) aroma of burning leaves brightened my mood—and was then dashed by a rash of tourists marveling at “how cute” the “little stores” on Thames St. were—all the way to Monday night’s Red Sox/Cards fifth World Series game, my brain patterns were on non-stop dipsy-doodle mode. As an even-keeled fellow, that was disturbing.

Watching FOX’s outrageously biased—in favor of the Cards—tandem of Joe Buck and Tim McCarver call a very bizarre game on Saturday night that ended with an obstruction call against the Sox (a footnote, I hope), was not for those, Sox fans at least, who keep smelling salts next to the remote. Buck and McCarver—who conducted their business as if they were analyzing, using that word loosely, the game for a two-bit St. Louis station—prattled on about the preponderance of young flame-throwers in the Cards’ pitching rotation and bullpen, as if that were unique to the Midwestern franchise. Boston manager John Farrell, in a very bad impersonation of media darling Rays manager Joe Maddon, didn’t help with his succumbing-to-pressure decisions—letting relief pitcher Brandon Workman hit and then pulling him the next inning after one batter; not replacing defensively-challenged Jarrod Saltalamacchia with the sure-handed David Ross—and for all the world he looked as befuddled as John McNamara did in the 1986 World Series against the Mets. No need to revisit that particular hobgoblin, but the St. Louis 5-4 win won Farrell the team’s goat horns.

The following morning, after a quick and painful scan of the fifth-dimension game’s accounts in the Boston Herald, and a volley of texts and emails with my buddy Rick and nephew Andy—lifelong Sox fans—as well as the dread of reporting to duty that night, a classic Charlie Brown and the football feeling, to watch Mr. “Dead Arm” Clay Buchholz get clobbered, Booker was so disgusted that he moved onto the changes that Boston GM Ben Cherington must make during the off-season. My wife Melissa, Booker and I headed out to the movies early that afternoon to see The Counselor, even though it hadn’t exactly drawn rave reviews. The film was awful, a slap-dash script compounded by rapid changes of locale, leaving one to assume that the star-studded cast, including Michael Fassbender, Cameron Diaz, Brad Pitt, Penelope Cruz and Javier Bardem were merely picking up paychecks. I wanted to do a runner about a half hour in, but Melissa doesn’t brook such hastiness.

Making matters far worse, however, was that The Counselor wasn’t playing at a reasonable hour anywhere within the city limits (Harbor East’s Landmark Theater had a showing at 11:30 a.m., which should’ve been a tip-off) and so we had to drive a half hour to Baltimore County’s “Little Boxes” White Marsh enclosed village, where the AMC theater had the film set at 1:20. I get claustrophobic in these sort of funhouses, dodging the other patrons who are on a chaotic mission to God knows where, the main floor jammed with credit card machines, a concession stand that looked like it was imported from a state fair and a clerk who was yakking on his cell instead of, you know, selling tickets. I’ll say this: the seats were comfy, which was the sole redeeming feature for spectators who had to suffer through eight trailers for upcoming films, a series of security warnings (“report suspicious activity to an attendant”) and the cloying, puke-inducing insult before the movie finally began: “Enjoy your AMC movie adventure!”

That reminded me of modern ballparks where the scoreboard exhorts spectators to “clap” or even worse transgressions that I’d rather not relate for fear of entertaining a Thoreau-like escape to the wilderness and leave all this 21st century gadgetry behind. The current NSA scandal, along with daily reminders that every breath you take is recorded by either the government or a website like Amazon is very disturbing in the abstract; yet when AMC’s heavy-handed rules and regulations tie a noose around your neck, it leaves you mightily discombobulated.

On the way home, my older son Nicky texted that 71-year-old Lou Reed had succumbed to liver disease and that popped—for about a minute. No disrespect to the mournful millions on social media sites, some of whom predictably changed their avatar or profile pic to one of Reed, but aside from the late singer’s immediate circle of family and friends, the online wake struck me odd—as it always does when a celebrity knocks off—since 99 percent or more had never met the man. And, to be brutally frank, like most of Reed’s contemporaries, he hadn’t produced worthwhile music in decades.

In reality, Reed lasted longer than many rock stars, and while 71 is certainly a bit premature—but just a bit—to make an exit, but nothing in comparison to the long list of musicians who evaporated in their prime: Gram Parsons, Jimi Hendrix, Jeff Buckley, John Lennon, Janis Joplin, Duane Allman… you complete the tragic list. Like many people my age who long ago were enveloped in a lifestyle that was later reduced to moronic slogans, I was introduced to The Velvet Underground & Nico at a young age—my older brother Doug brought it home, bought on impulse because of the Warhol banana peel-off. (This coincided with the daft but groovy idea that you could smoke dried banana peels and get stoned.) I found the record so dark, with an urban view peculiar to a seedy, if raffish, segment of New York City, all in the Summer of Love when all you needed was flowers and shoulder-length hair, and was hooked for a few years.

The juxtaposition of tender, if not really sweet, songs like “Sunday Morning” and “Femme Fatale” with “Heroin” and “All Tomorrow’s Parties” was quite a trick to pull off. Aside from the obvious VU classics—“White Light/White Heat” and “Sweet Jane,” for example—I never cared much for Reed’s solo work, save “Walk on the Wild Side” and “Underneath the Bottle.” The word “icon” is so promiscuously thrown around today that I feel uncomfortable even typing it, but I’d guess Reed (although more likely Nico, for reasons that had nothing to do with music) fit the bill.

Anyway, after returning from that nasty encounter with buttoned-up Baltimore suburbia, I finished Ira Stoll’s excellent JFK, Conservative, fully expecting the talented but neurotic and dim Buchholz—who announced to the media that he was half-alive with just enough in the tank to make one more start; I mean, it’s only the World Series—to give up five runs in less than two innings. Silly me. To everyone’s surprise, most satisfyingly Buck and McCarver, Buch went four, allowing a single unearned run, giving way to Felix Doubrant and Man of Redemption John Lackey, and when Jonny Gomes smacked a three-run homer, providing breathing room for Koji Uehara to seal up the win, picking off speedster rookie Kolten Wong at first base for the final out, with Carlos Beltran (whose head now resembles that of Barry Bonds) at the plate in a 4-2 game, well, that was wizardry too, but of the Glinda kind.

As I noted above, my sense of reality returned Monday night, as Jon Lester outpitched Adam Wainwright for a 3-1 win, and a guarantee that the Sox return to Fenway Park on Wednesday night needing one victory to clinch a World Series in Boston for the first time since… 1918. Don’t know if the Sox can pull it off—there’s still the newborn alien Farrell to consider—and if I could go to Lexington 1-2-5 to pay off a mercenary to assure a positive outcome, I would, but that’s best left to spirits I’m not quite prepared to tangle with.