The Poet's Plight at the Pity Party

Seize the day, my bony ass! 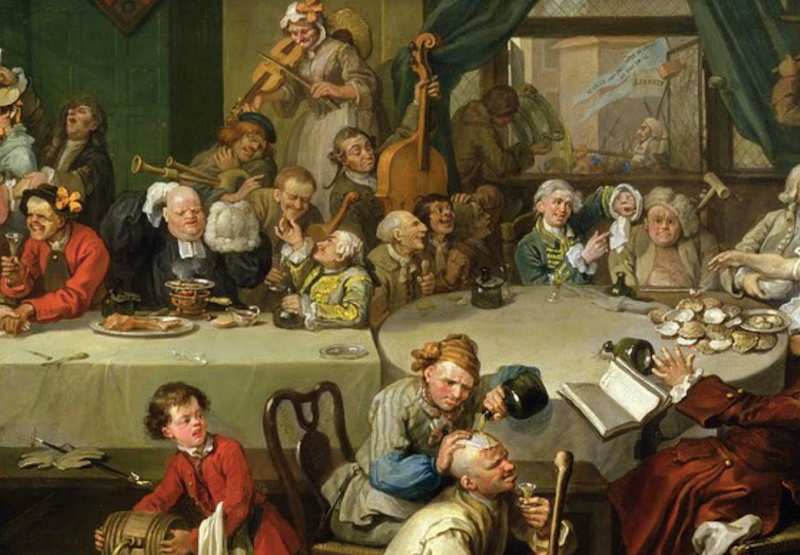 The poet’s journey is no different from that of other artists. As career choices go, writing poetry isn’t a top pick. A solitary endeavor of tedium fraught with occupational hazards, occasions for rejection and disappointment, and in extreme cases even madness, private personal and highly public addictions, suicide, and poverty.

It’s not a regular job like garbage collector, mortician, bricklayer, or dishwasher. Usually, poets aren’t revered like other artists. Most, if lucky, receive recognition only after they’re dead. There are exceptions to the rule, but poetry’s not a popular pick. Today’s successful poets are often women of color, and of indigenous or third-world ethnic origins. I’m being a wise guy here, but a quick glance reveals women rule the poetic landscape. And they should. Women should rule the damned world as far as I can see.

The latest example is new US poet laureate Ada Limón. She’s young, Mexican, and beautiful. Who could ask for more? She’s replaced Joy Harjo of Cherokee/French and Creek tribal ancestry. Then there’s the young, lovely, Amanda Gorman who read at Joe Biden’s inauguration. Another example of feminine poets at the forefront of modern poetry. The old running joke of racial mentality is and was, if I was a black, gay, have a glass eyeball, and a wooden leg I could cover all the bases for minority group disabilities rights and benefits. Everybody’s a target for ridicule.

The poets of yesteryear were old and mostly white dudes. So many of those poets I know well, being one myself. It’s been said the poetry scene was historically dominated by ancient, crotchety, venomous, backbiting bitter men is a satirical understatement. Jealousy and one-upmanship runs rampant with those varmints. Their comeuppance coincides with their place in the poetic merry-go-round. Maybe you’re a skilled, tricky wordster, using language like a weapon and shield for existential dread. One of those poets who has a daily poem quota and spends too much time adhering to strict subject content. Or you rack up poems in the pinball publications of small press journals and mags that seem to be everywhere. I’d like to thank the editor at Rat's Ass Press for accepting my poetry submission about the Andes mountains and the fact I know zip about that particular mountain range.

Perhaps you’re one of those archaic types whose claim to fame was some civil disobedience during the revolution or some past war, where you threw blood on draft records, or pies in the face of the royal family. Old-fashioned farts who live on past glories. Possibly some Neo-Beat throwdown with what’s left of that generation. You could be one of those poets who write cryptic haiku and short antidoted anecdotes about idiosyncratic aspects of daily life. Psychic vampire-fame fuckers whose modus operandi is having no motive. You must pay homage to your betters. The peer pressure of good poets gone bad.

We’ve come full circle after decades of obscurity to know who’s who in the what's what of the literary scrapyard of recycled linguistics. I don’t speak that lingo. Maybe you’re a street poet. A hobo troubadour traveling on the down low from town to town. The holy goofs with aching hearts and dirty, broken-winged angels. Creatures of the open mic nights around the world. The next big thing in Nowheresville. There's always a gig somewhere, the audience is the performers and the performances are reciting poetry from a very high place. A highwire act of conflicted perspectives looking down below at all the poets who came before and will follow soon after. Your magnanimity exceeds your good will hunting. Seize the day, my bony ass.